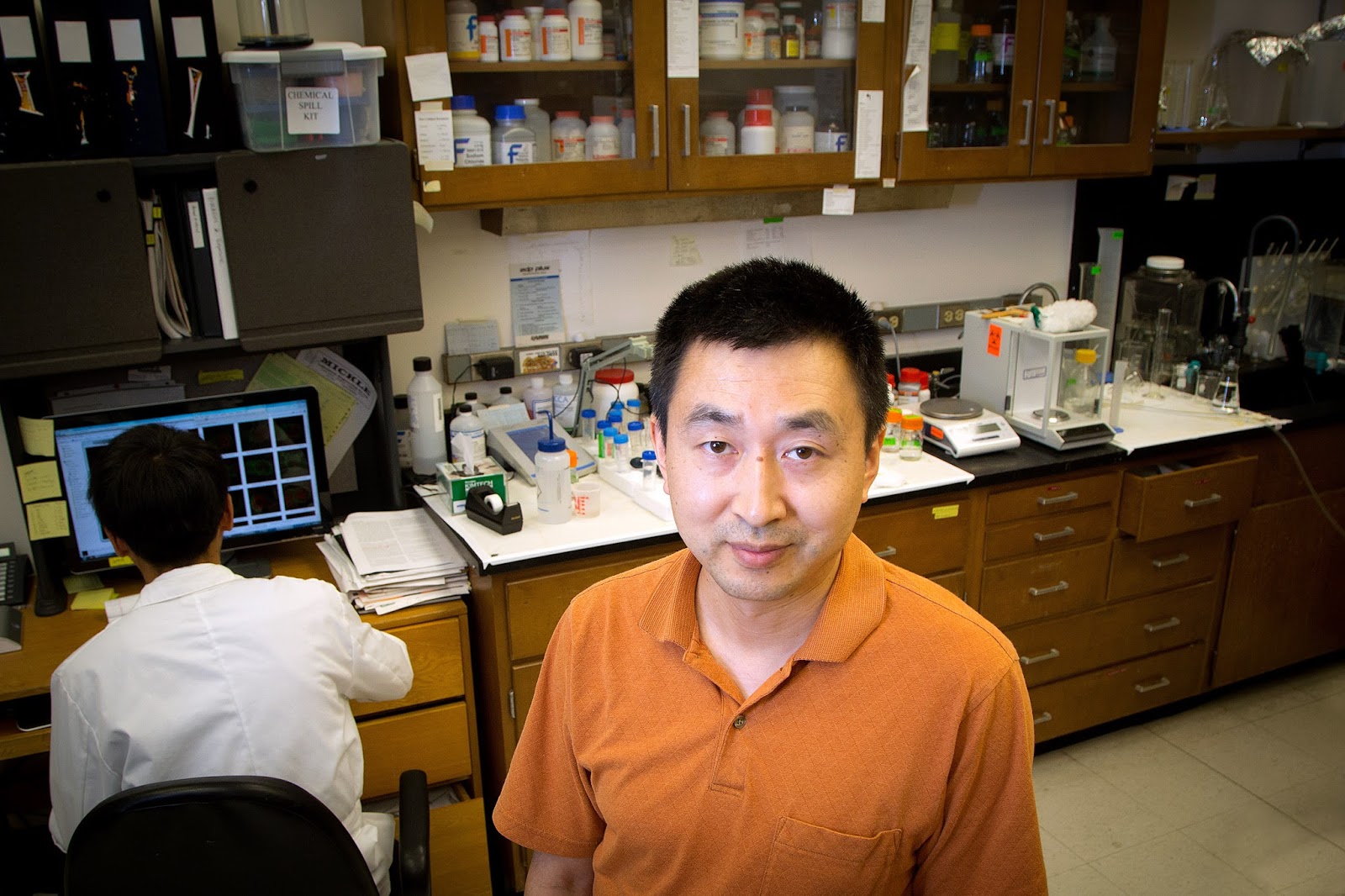 Dr. Xiangming Zha, assistant professor of physiology and cell biology at the University of South Alabama College of Medicine, recently was awarded a grant from the National Institutes of Health to study acid signaling in the brain. The two-year award totals approximately $406,000.

“In stroke and traumatic brain injury, there is a reduction in brain pH. This phenomenon is typically called acidosis,” Dr. Zha said. “Basically you have an acid environment formed under these conditions. There is clinical evidence showing that if there is a large and persistent pH reduction, neurons die and can damage the brain."

The main goal of Dr. Zha’s research is to clarify the role of OGR1 and understand how acid regulates the survival of neurons. “We need to understand the signaling after OGR1 activation and how the activation is related to neuron survival,” Dr. Zha said.

Very little research has been done on acid signaling through OGR1 in the brain. At this point, there is much to learn.

This research will hopefully uncover an unexpected neuroprotective aspect of acidosis, which occurs when there is an excessive amount of acid in the brain. “Our goal is to better understand the role of acid signaling in neuronal survival, and that may be critical for future therapeutic interventions in stroke and other neurological diseases that reduce brain pH,” Dr. Zha said.
Posted by Med School Watercooler at 12:36 PM