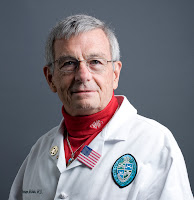 This year’s William A. L. Mitchell Endowed Lectureship in Traumatology and Surgical Care will feature Dr. Norman E. McSwain Jr., professor of surgery at Tulane University and director of trauma at Charity Hospital in New Orleans.

Dr. McSwain, who also serves as a police surgeon for the New Orleans Police Department, is the only person in the history of the American College of Surgeons to receive all five of the major trauma awards:

In addition to his contributions as a trauma surgeon, Dr. McSwain has written or revised more than 25 textbooks, published more than 360 articles and traveled throughout the world giving more than 800 presentations. He has lectured in all of the 50 states, all provinces in Canada, most of the countries in Europe, most of the countries in Central America, and the upper part of South America. He has also been invited to give lectures in Japan, China, Australia, and New Zealand.

This memorial lecture is presented annually to honor the life of Mitchell, who died in 2005 from severe traumatic injuries sustained in a car crash. Despite the best of care, his injuries were so critical that he could not be saved. Following his treatment at the USA Trauma Center - in appreciation for the care he received - his family established the endowment and the lecture series both to memorialize Mitchell and to improve trauma patient care in our region through education. Mitchell was a senior at UMS-Wright Preparatory School at the time of his death.

As an academic medical center, leaders in healthcare such as Dr. McSwain are invited to lecture to university and community physicians to improve patient care.

The USA Trauma Center is the area’s only Level I Trauma Center, serving as a community resource and a leader in trauma care for citizens throughout the central Gulf Coast region. The center provides the highest level of care for trauma patients. 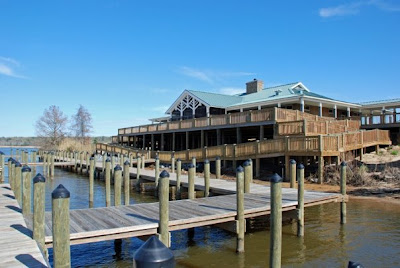 The University of South Alabama Department of Surgery will host the 2nd annual Greater Gulf Coast Trauma and Acute Care Surgery Symposium on March 24-25, 2011, at Five Rivers Delta Resource Center in Spanish Fort, Ala.
The symposium will provide surgeons, nurses and technicians with current evidence-based concepts and techniques of resuscitation, diagnostic evaluation and therapeutic intervention.

Participants will analyze current trends in initial management of the acutely ill or injured patient; discuss the management and morbidity associated with thermal, neck, vertebral, spinal cord, extremity, soft tissue, and central vascular injury and disease; and demonstrate emergent operative and laparoendoscopic interventions for the critically ill or injured patient.

The William A. L. Mitchell Endowned Lectureship in Traumatology and Surgical Care will be held in conjunction with the seminar. This year’s lecture will feature Dr. Norman E. McSwain Jr., professor of surgery at Tulane University and director of trauma at Charity Hospital in New Orleans. It will take place on March 24, 2011, at 6:30 p.m. at Five Rivers.

Educational credits are available for the two-day seminar. For more information, contact Cindy Pritchett at (251) 471-7496.
Posted by Med School Watercooler at 1:54 PM No comments:

His lecture, titled “Understanding Seizures: A Real Brain Storm,” will take place Feb. 15, 2011, at Little Sisters of the Poor in Mobile. Lunch will be served at 11:30 a.m., and the presentation begins at noon.

To make your reservation and to join the Med School Café mailing list, visit http://bit.ly/fnUQly.
Posted by Med School Watercooler at 1:54 PM No comments:

The deadline to submit proposals for the 2011 Medical Student Summer Research Program is Friday, Feb. 18, 2011.

The program is a highly rewarding experience for both students and mentors. The students gain valuable research experience in clinical, translational or basic science, and a critical understanding of the contribution of research to the practice of medicine. The mentors gain new results, which may provide preliminary data for a new or planned study or may be sufficient for an independent publication.

Over the last 10 years, the program has been highly productive leading to 53 publications and 132 published abstracts and presentations at national and international meetings.

Faculty members interested in participating are invited to submit research proposals describing a project that will provide a quality research experience for incoming or first-year medical students. All projects should address a significant research question. Mentors are expected to provide guidance necessary for the successful completion of the proposed study.

The students will present their findings from the Summer Research Program in the form of a poster or an oral presentation on Aug. 5, 2011, at the annual Medical Student Research Day.

To review guidelines of the program, visit http://www.southalabama.edu/com/summerresearch.shtml. For more information, contact Natalie Kent at (251) 461-1548.
Posted by Med School Watercooler at 1:54 PM No comments: 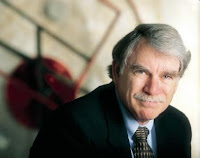 The next Distinguished Scientist Seminar at the University of South Alabama College of Medicine will be presented by Dr. Alan G. Marshall, professor of chemistry and the ICR program director in the National High Magnetic Field Laboratory at Florida State University.

Dr. Marshall is a fellow of the American Chemical Society and has authored over 200 peer-reviewed publications and several patents during his career.

For additional information on the lecture, contact Natalie Kent at (251) 461-1548.
Posted by Med School Watercooler at 1:52 PM No comments: 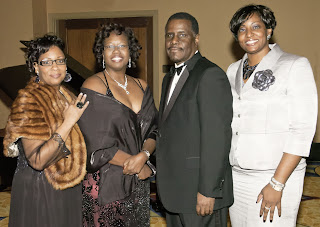 (Left to Right):  Drs. Katrina Roberson-Trammell, Tangela Atkinson, Johnson Haynes Jr., and Juvonda S. Hodge were among last night's honorees from the USA College of Medicine
Six physicians at the University of South Alabama Health System were selected by Black Health Magazine as part of the 25 most influential African American doctors in the Mobile-Pensacola area. The physicians were honored at a banquet Feb. 10, 2011, at the Renaissance Battle House Hotel and Spa.

The University of South Alabama Biomedical Library is introducing readers to the newest rendition of their long-standing newsletter, Biofeedback.

Beverly Rossini, Outreach and Information Resources Librarian at the USA Biomedical Library, said the new Biofeedback blog will allow users to view the latest resources via live links from a new blog format. “The blog format is great because it will be published more frequently and will allow for more up-to-date information,” Rossini said. “Our goal is to continue to make our resources more timely and efficient.”

“In its most recent blog format, our Biofeedback readers can now immediately link to E-books, faculty publications, and websites,” Rossini said. “This allows the reader to not only access the information on a first read, but also to return to the blog for continued access to that information.”

In the premiere issue of the Biofeedback blog, you can:

* Read about other improvements at the Biomedical Library in the Director's Notes
* Find out about the new Healthy People 2020 objectives and how you can become involved
* Look at the newly redesigned National Library of Medicine homepage
* Discover how, as of October, 2010, the PubMed abstract display for PubMed Central articles has been enhanced to include an image strip displaying thumbnails of the article's first several images
* Read about the many campus entities and colleges that participated in several community health fairs last fall in conjunction with the Library's Empowering Health Ministry Leaders Project
* Sign up for an interlibrary loan account after reading about available benefits
* Evaluate and compare journals in your field using Journal Citation Reports
* Access one of the recently purchased E-books
* Read your peers' latest publication from the list of Faculty Publications: August through December, 2010, often linked directly to the article

Access the Biofeedback blog at http://biomedicallibrary.southalabama.edu/library/?q=bfblog-biofeedback2-11. Future postings will be on a bi-monthly publication schedule. An archive for the previous electronic issues of Biofeedback is available from the blog's sidebar.
Posted by Med School Watercooler at 1:51 PM No comments: