Dr. Daniel Preud’homme, professor of pediatrics at the University of South Alabama College of Medicine and director of the USA Pediatric Healthy Life Center, and Dr. Jacob Pessia, a resident physician in pediatrics with USA Health, will present October's pediatric grand rounds.

Their lecture, titled "Mass School Shootings in the United States," is set for 8 a.m. Friday, Oct. 19, in the conference room on the first floor of the Strada Patient Care Center.

The event is open to USA faculty, staff and students. A light breakfast, coffee and beverages will be provided.

For more information, contact LaTasha Williams at latashawilliams@health.southalabama.edu or (251) 415-8688.
Posted by Med School Watercooler at 2:59 PM No comments: 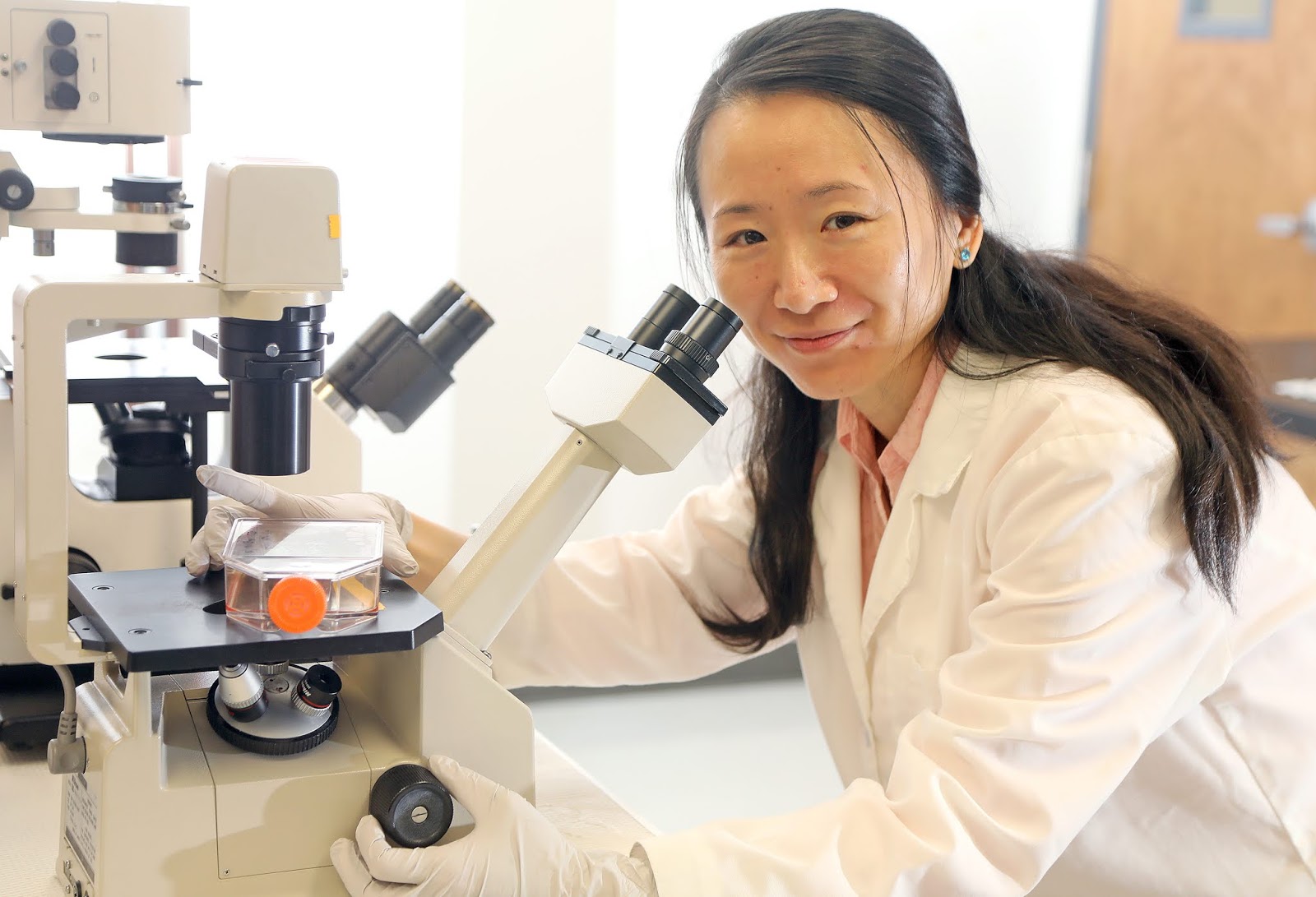 According to Dr. Xu, her research has far-reaching potential to impact patient care, as lung tissue swelling contributes significantly to the mortality and morbidity of patients in intensive care units. “Lung endothelial cells, which form a barrier to keep blood contents within the vessels, express pore-forming proteins in their plasma membranes to form calcium channels known as the canonical transient receptor potential 4, or TRCP4,” she said. “Inflammatory substances in the bloodstream cause the TRPC4 channel to open and allow calcium ions to enter the lung endothelial cells. Calcium influx serves as a critical signal to pull endothelial cells apart and form holes in the vessel wall. Thus, fluid, proteins and blood cells in the bloodstream penetrate through these holes into the interstitium, leading to lung tissue swelling.”

Dr. Xu said the ultimate goal is to perform a target-based drug screen and identify new drugs targets for lung swelling patients. “This grant allows me to test my hypothesis and pave the way to discover novel and effective drugs for lung edema patients,” she said. “Reducing contractile forces and improving lung endothelial barrier integrity could be potential drug targets to reduce lung endothelial permeability.”

“I would like to thank the many people who helped me during this grant application,” said Dr. Xu. “My mentor and sponsor, Dr. Troy Stevens, along with my co-sponsor Dr. Dhananjay Tambe, guided me through this proposal.”

The Ruth L. Kirschstein-NRSA postdoctoral fellowship is designed to enhance the research training of promising postdoctoral candidates who have the potential to become productive, independent investigators in scientific health-related research fields relevant to the missions of the participating NIH Institutes and Centers. Learn more about the grant here.
Posted by Med School Watercooler at 12:59 PM No comments: 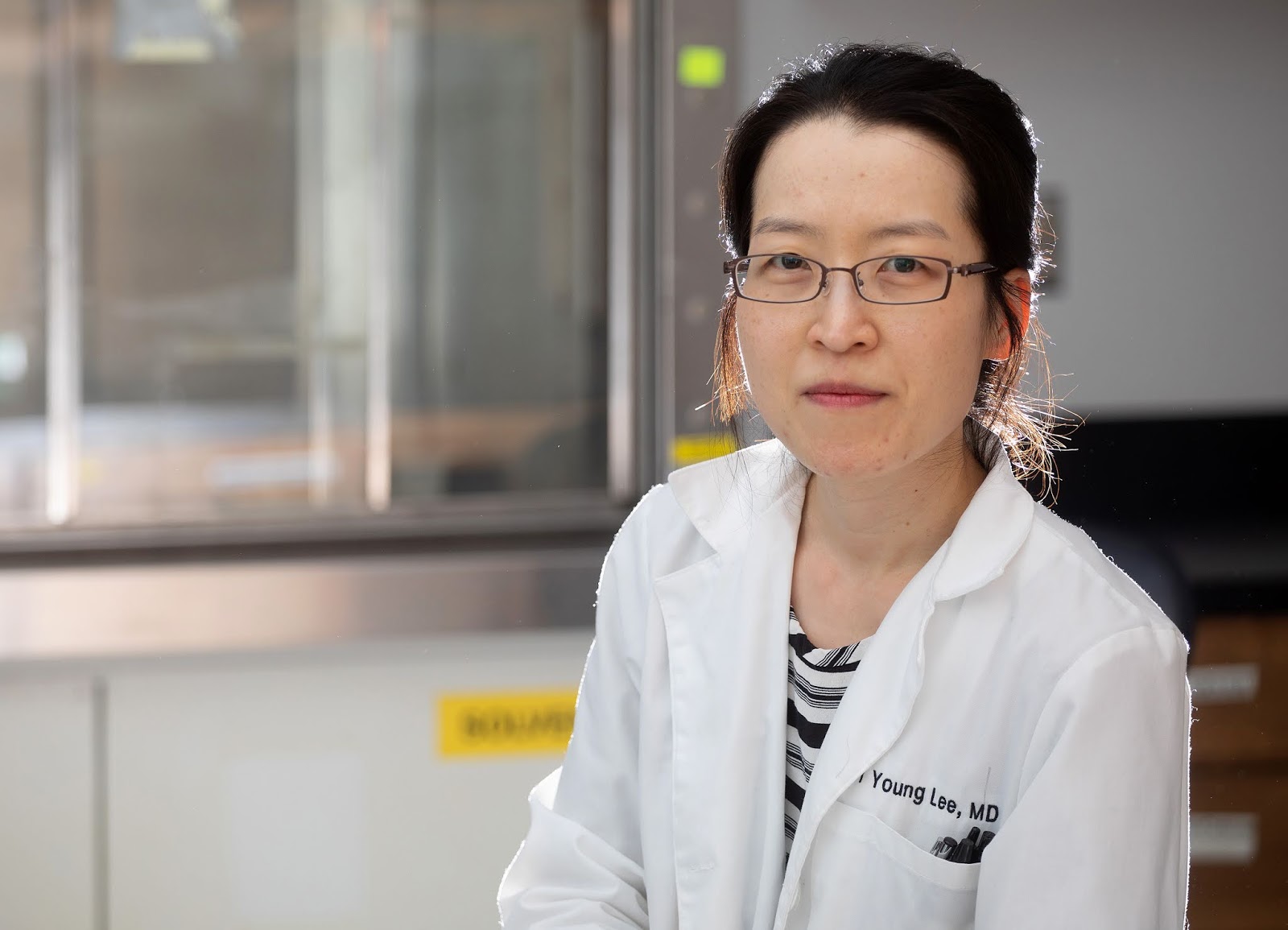 Dr. Ji Young Lee, assistant professor of physiology, cell biology and internal medicine at the University of South Alabama College of Medicine, recently received a $231,000 three-year Career Development Award from the American Heart Association. The grant will allow Dr. Lee to study the effects of acidosis on pneumonia.

"Acidosis is common during pneumonia; however, the way acidosis impacts lung injury and repair is poorly understood," said Dr. Troy Stevens, professor and chair of physiology and cell biology at the USA College of Medicine and director of the USA Center for Lung Biology. "Dr. Lee has resolved a mechanism that seems to be essential to the lung’s injury and repair program. Her work is highly innovative, and the completion of the work she has proposed may change treatment options in pneumonia and minimize the need for fluids, electrolytes, alcohol or surgery that have been major complicating factors for current acidosis therapies. This work will set the stage for Dr. Lee’s career as an independent clinical-scientist.”

Dr. Lee said, “When I came to USA five years ago for a pulmonary and critical care fellowship, I had a dream of conducting translational research; however, I was not equipped to be an independent investigator. My amazing mentors and role models, Drs. Troy Stevens, Karen Fagan and Brian Fouty, transformed me into a competitive candidate for extramural funding, in addition to other profound influences they had on me. As I have worked closely with Center for Lung Biology and Pulmonary and Critical Care division, I can confidently tell our fellows they are in an exceptional environment to grow as academic pulmonologists."

The American Heart Association has funded more heart disease and stroke research than any organization outside the federal government, thanks to the generosity of donors and supporters.
Posted by Med School Watercooler at 2:26 PM No comments: 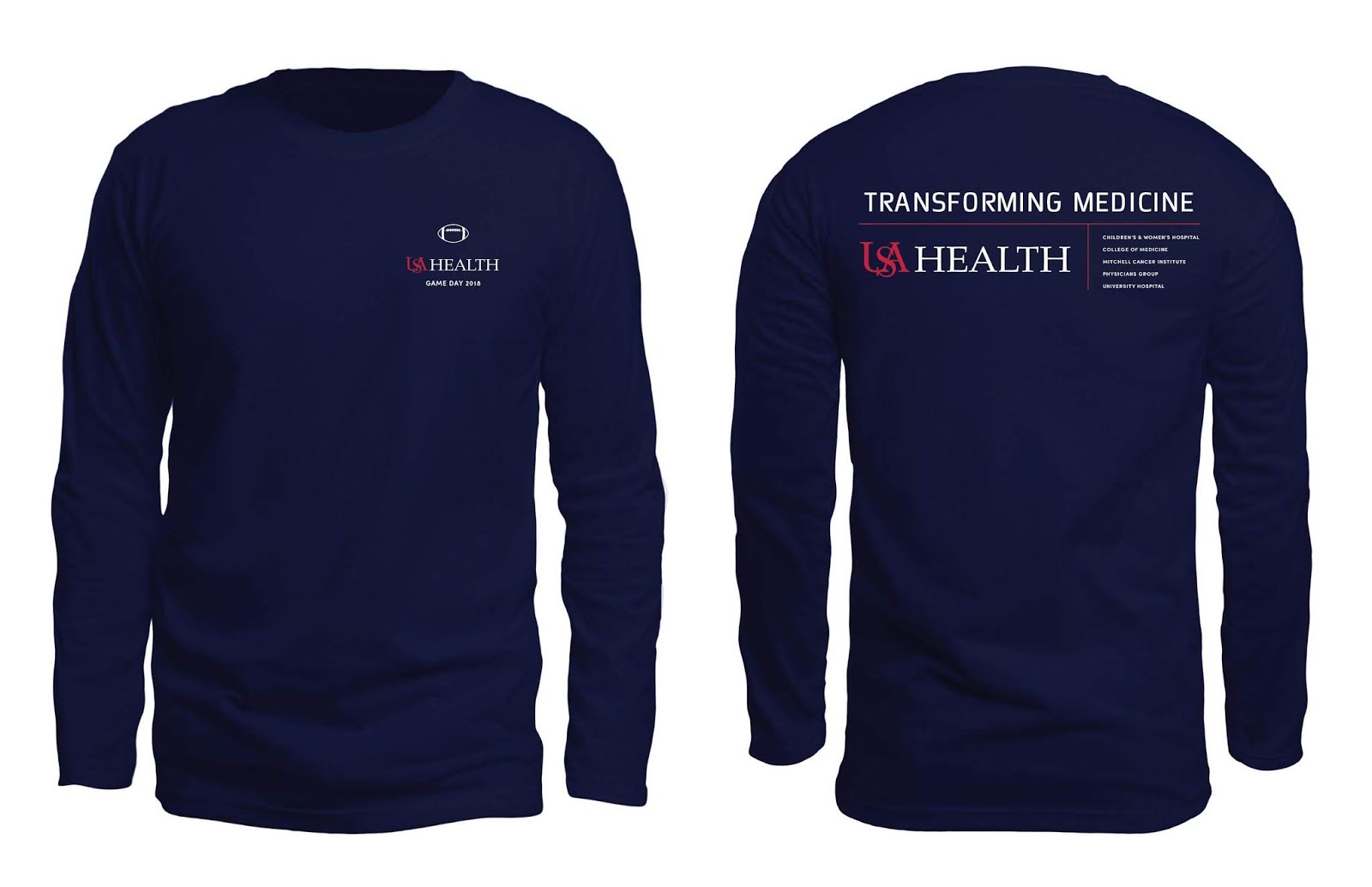 USA Health Game Day 2018 is coming up on Oct. 23, and we've designed a special T-shirt for the event. We hope you will join us in wearing one to the game. USA Health employees also can wear these shirts to work the day of the game.

The long-sleeve Comfort Colors T-shirts cost $12 and are now available for purchase at the following locations:

The USA Jags will take on Troy University Tuesday, Oct. 23. The tailgate starts at 4:30 p.m., and kickoff is at 7 p.m. Tickets are free for USA Health employees, volunteers and medical students.

The deadline to register for Game Day is Oct. 15. Register here.

Check out the promo video below of the shirts being printed specially for the event.

Posted by Med School Watercooler at 9:00 AM No comments: