COM Class of 2020 Introduced to Medical School During Orientation 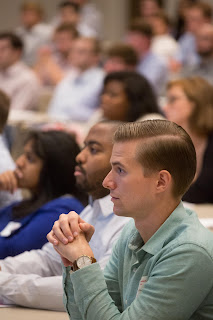 The University of South Alabama College of Medicine welcomed 75 new faces this week for the Class of 2020’s freshman orientation.

“For so many people like me who have wanted to go to medical school for as long as they can remember, it is nice that the anticipation is finally coming to an end,” said first-year medical student Benjamin McCormick. “I am really excited to start this new journey.”

McCormick earned his undergraduate degree from the University of Alabama. He said he chose USA because of the small class sizes and availability of research opportunities. “I am really looking forward to getting to know my classmates, the future physicians who will ultimately become my colleagues,” McCormick said.

First-year medical student Amber Bowie said she has a combination of feelings about starting medical school. “I am definitely excited, but I am also a little nervous because I realize that the next four years will be extremely difficult,” Bowie said. “In the end, I know all my hard work will be very rewarding.”

Bowie, who earned her undergraduate degree from Springhill College, said the Diversity Recruitment and Enrichment for Admission into Medicine (DREAM) program influenced her decision to come to USA for medical school. The highly competitive eight-week program provides a specially designed, comprehensive learning experience for economically and educationally disadvantaged premedical students during the two summers prior to their junior and senior undergraduate years. “Choosing USA was easy,” Bowie said. “After participating in the DREAM program, I knew that USA would be a great fit.”

Patrick Young, another first-year medical student, said he chose USA because it felt like home. “On my interview day the students and faculty were incredibly welcoming and receptive,” Young said. “I immediately got the feeling that everyone wants you to succeed.”

Young, who earned his undergraduate degree from Auburn University, said he is eager to begin this new chapter. “This is an opportunity of a lifetime,” Young said. “I am very excited to finally live out my dreams.”

For the first time at orientation, fourth-year chapter members of the Gold Humanism in Medicine Honor Society (GHHS) implemented their fall project using the “Tell Me More” campaign, an activity that normally takes place between patients and GHHS members during Solidarity Week in the Spring. The freshman students were given “Tell Me More” posters to display on their lockers, showcasing their strengths and unique qualities. The activity served as a way for the new students to further learn about each other. Faculty and staff -- along with second-year medical students -- were able to walk the halls to view facts about the first-year students.

Throughout the week, the freshman medical students were provided with an overview of what they should expect during the upcoming years as they study medicine. On Wednesday, a team of specialists was brought in to discuss adapting to and handling the stress of medical school. The students were also given valuable insight on effective study strategies. Orientation concluded with a class party on Friday and tubing on Saturday.

Click here to view more photos from orientation.
Posted by Med School Watercooler at 11:18 AM No comments: 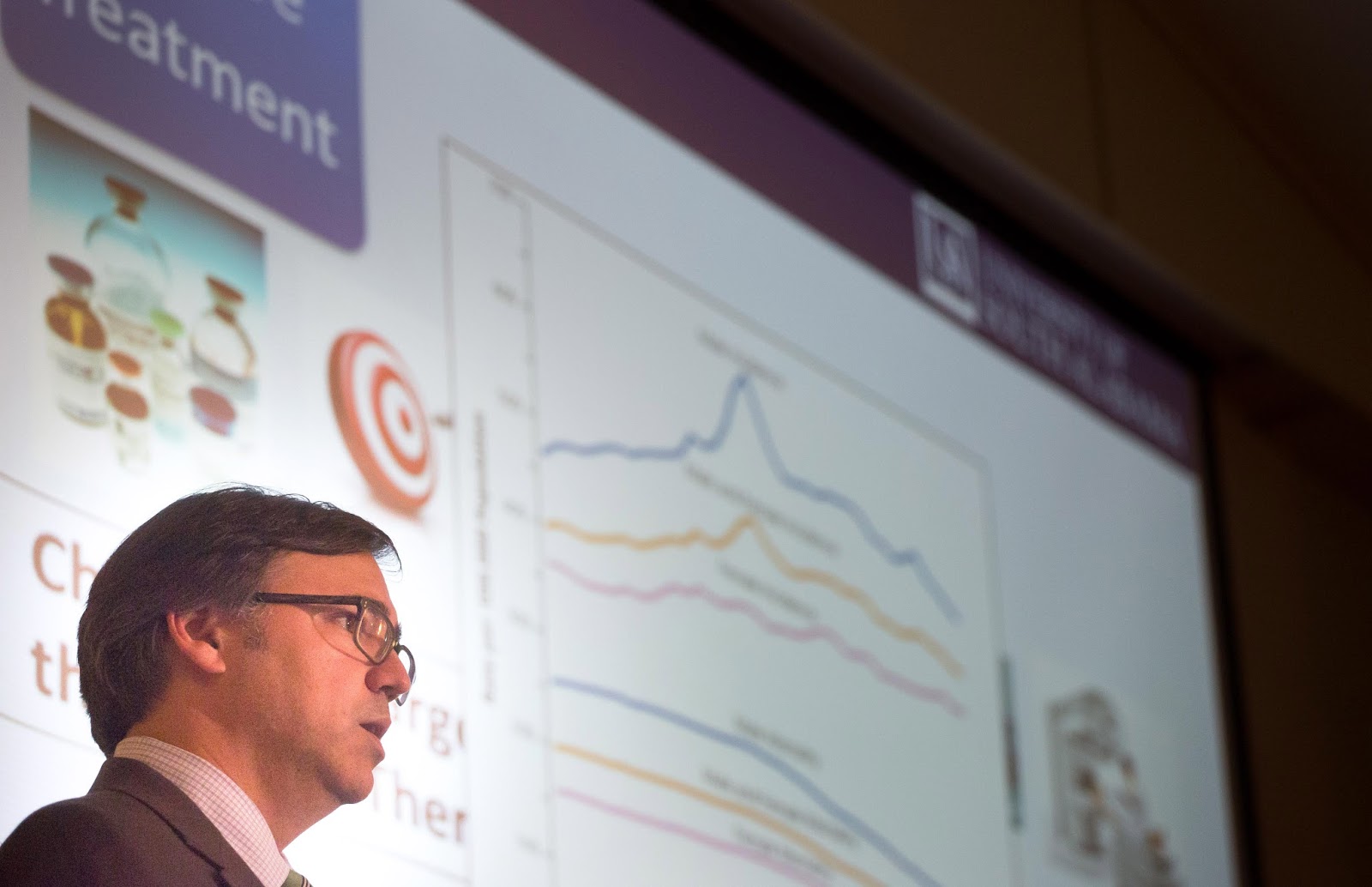 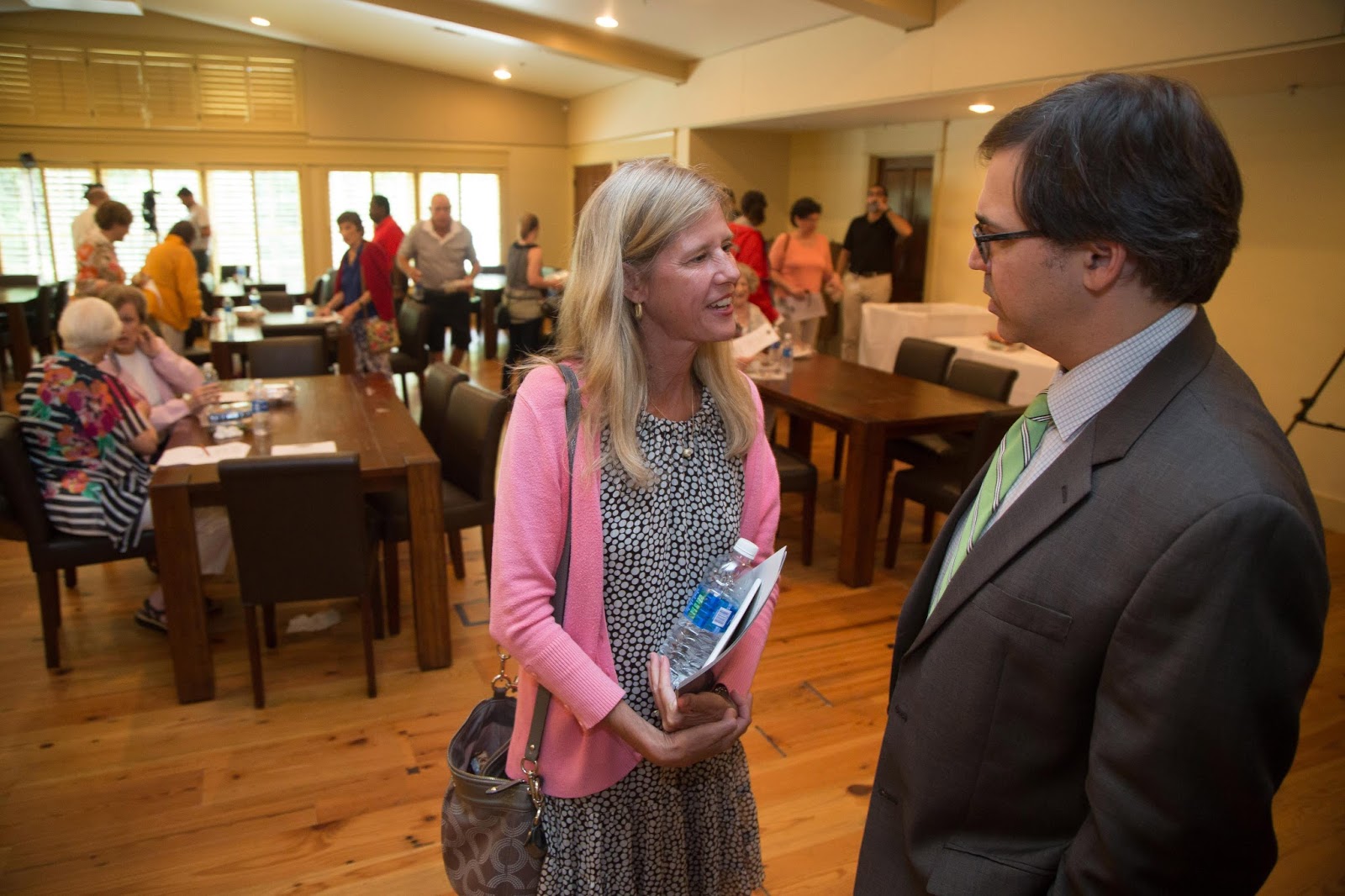 Med School Café is a free community lecture series sponsored by USA Physicians Group. Each month, faculty from the USA College of Medicine share their expertise on a specific medical condition, providing insight on the latest treatment available.

July Med School Cafe - “Cancer Update 2016: The Significance of Familial Cancer Syndromes” from USA Health on Vimeo.
Posted by Med School Watercooler at 10:49 AM No comments: 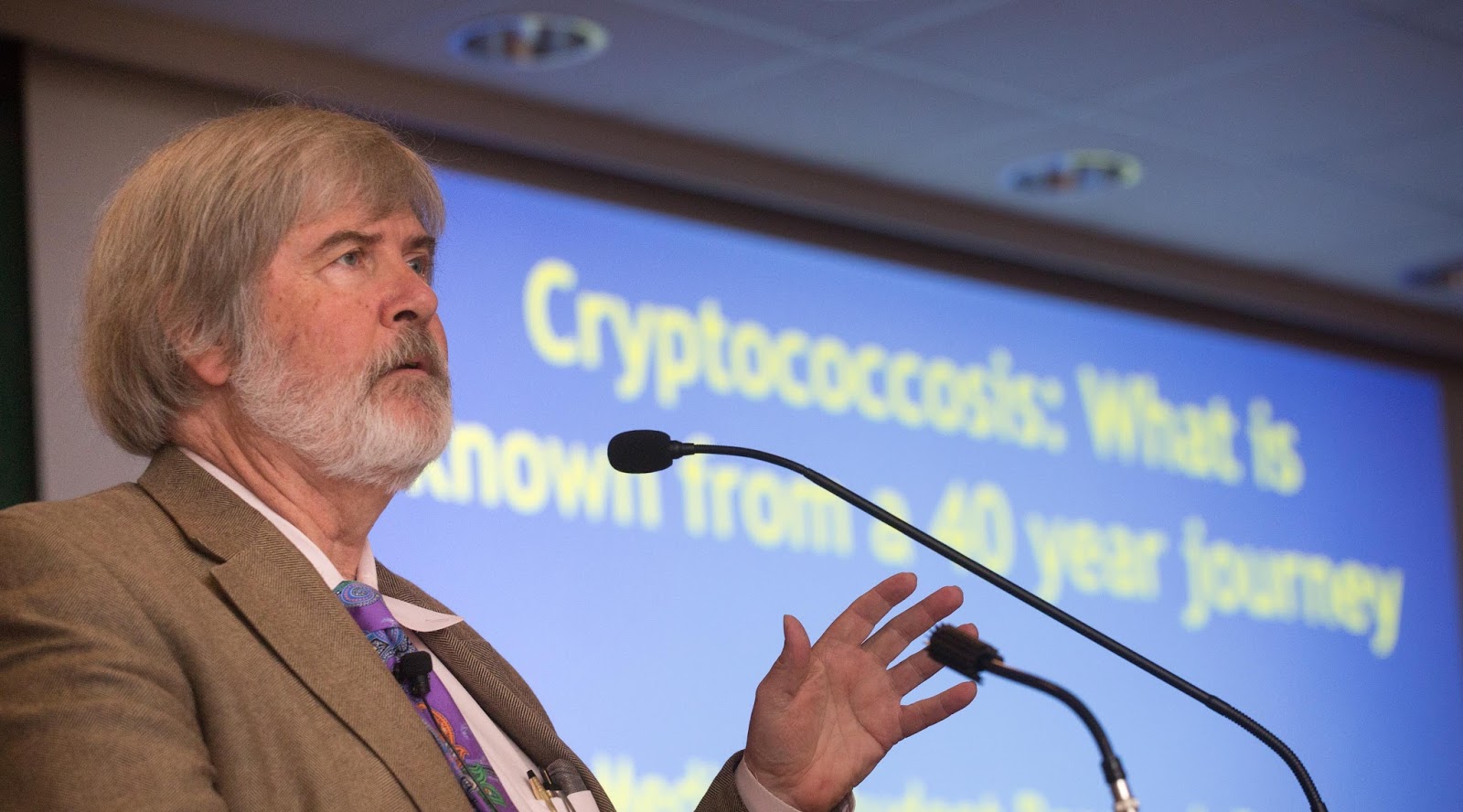 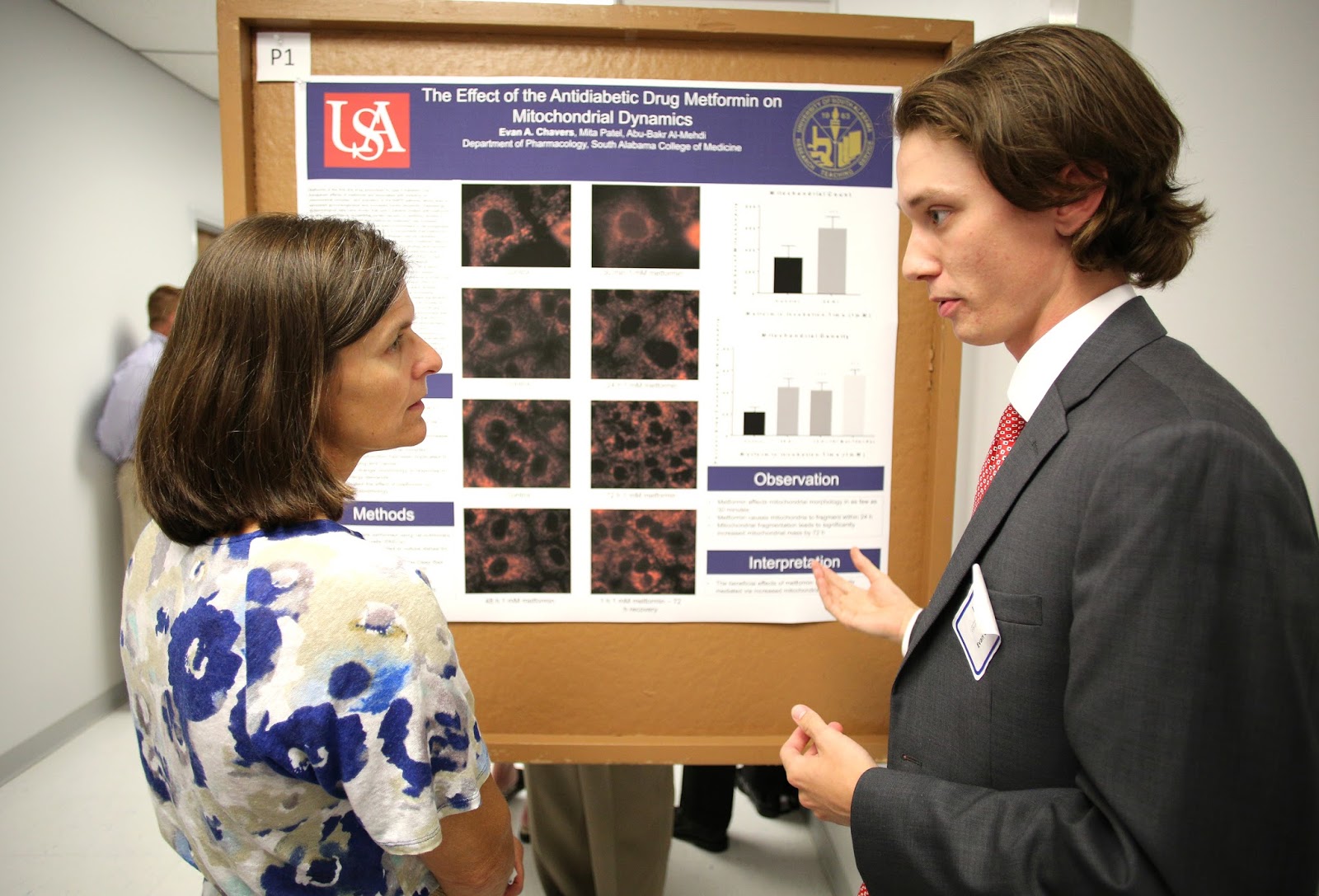 The event featured Dr. John Perfect, James B. Duke Professor of Medicine and chief of infectious diseases at Duke University Medical Center in Durham, N.C. Dr. Perfect presented the keynote lecture titled “Cryptococcosis: What is known from a 40 year journey.”

The USA College of Medicine’s Summer Research Program is a nine-week program that pairs medical students with faculty mentors. At this year’s Research Day, there were 10 oral presentations and 37 poster presentations.

Through the research program, medical students develop an appreciation of how research contributes to the knowledge and the practice of medicine. Accepted entering students or rising second-year students in the USA College of Medicine are eligible. The summer experience includes hands-on research related to basic science and/or clinical medicine; a seminar program that focuses on various scientific and clinical topics; and student presentations at Research Day.

Click here to view the students' research abstracts. More photos from the event can be found here.
Posted by Med School Watercooler at 10:49 AM No comments: 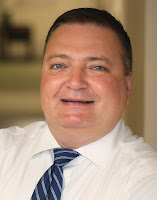 Dr. Kevin Green, associate professor of internal medicine at the University of South Alabama College of Medicine, recently spoke with FOX10 News about the Zika virus outbreak in Florida.

Dr. Green said the Zika virus is not an immediate threat to the Gulf Coast and that there are other mosquito-borne diseases that you're more likely to contract than Zika.

Watch the video below to view the lecture in its entirety. To make an appointment with any USA physician, call 434-3711.

June Med School Café - Mosquito Borne Illnesses: What You Need To Know from USA Health on Vimeo.
Posted by Med School Watercooler at 10:49 AM No comments:

USA Graduate Student Publishes Article in The Journal of Immunology 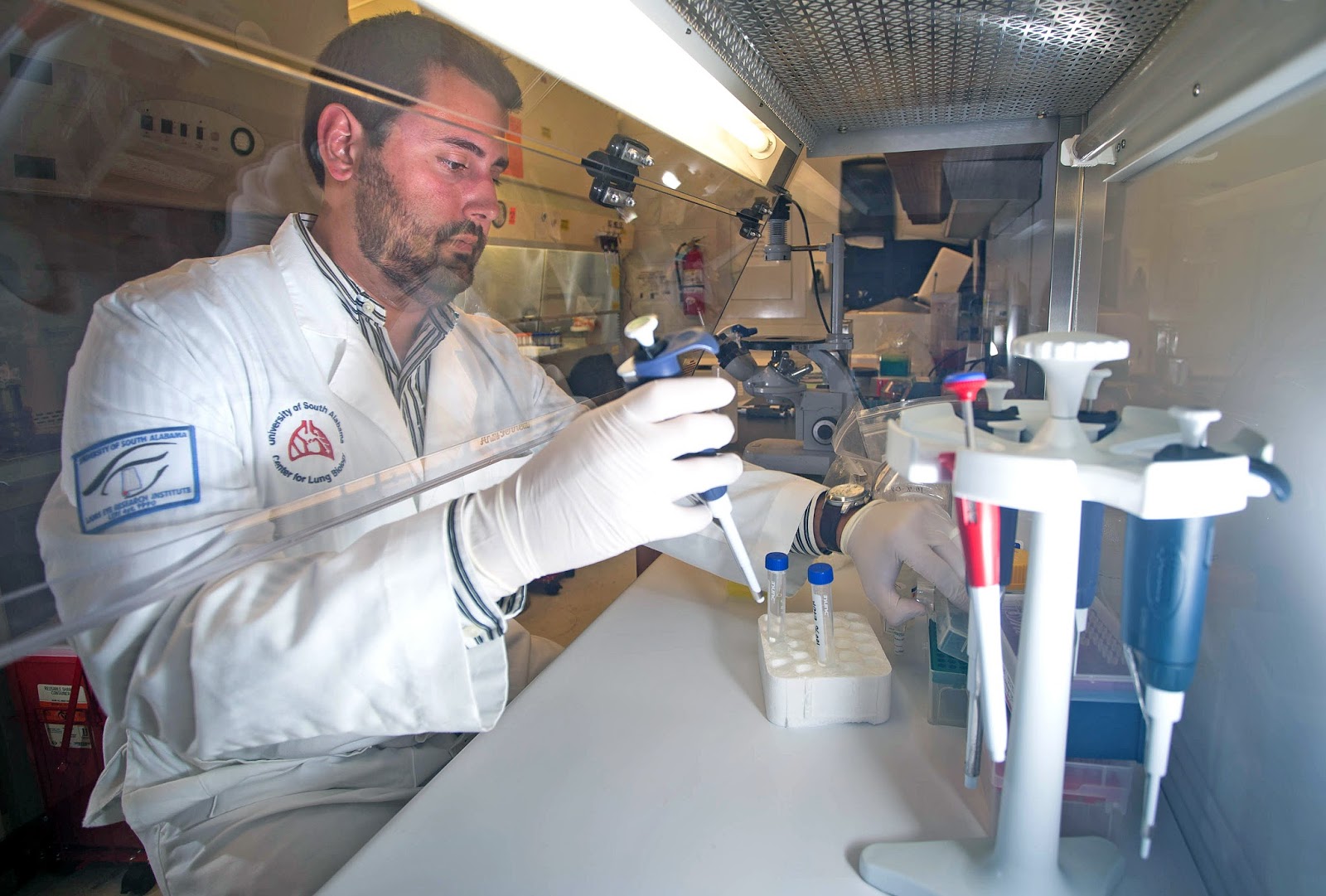 Andrew Ferretti, a graduate student in the department of microbiology and immunology at the University of South Alabama College of Medicine, is the lead author of a study recently published in The Journal of Immunology titled “Autoantibody-Meditated Pulmonary Alveolar Proteinosis in Rasgrp1- Deficient Mice.”

Currently, it is not known how these antibodies are generated. This process leads to a buildup of fluid in the lungs, causing the patient to have difficulty breathing.

“This research is important because there are no rodent models that spontaneously develop the autoimmune form of PAP to date,” Ferretti said.  “Thus, it is difficult to study the early pathological mechanisms that result in aPAP.”

“Previous work from our lab and others show that mice lacking the cell signaling molecule Rasgrp1 spontaneously develop autoimmune features that are similar to the autoimmune disease systemic lupus erythematosus,” Ferretti said. “In addition to these features, we describe in this study another autoimmune feature in Rasgrp1-deficient mice that manifests in the lung and closely mimics the human condition known as aPAP.”

Ferretti said the data from his study strongly suggests that Rasgrp1-deficient mice are the first rodent model for aPAP. “We are now digging deeper into the mechanisms that cause disease in this model and we plan to search for similar defects in human patients with aPAP, which could potentially expose future treatments,” he said.

Dr. Robert Barrington, assistant professor in the department of microbiology and immunology at the USA College of Medicine, is Ferretti’s primary mentor and senior author on the study. In 2015, the American Lung Association awarded Dr. Barrington a two-year research grant totaling $80,000 to further his research on PAP.

“Dr. Barrington has played an indispensable role for both this study and for my training in general,” Ferretti said. “Without his support and guidance we would not have been able to publish this study.”

The Journal of Immunology is published by the American Association of Immunologists and publishes novel, peer-reviewed findings in all areas of experimental immunology. Click here to view Ferretti’s abstract.