The Alabama and Mississippi Chapters of the American College of Surgeons will meet for an annual conference in Point Clear, Ala., on June 10-12, 2010.

Conference coordinators and hosts include: Dr. William O. Richards, professor and chair; Dr. Roy E. Gandy, professor; and Dr. Charles B. Rodning, professor, all in the department of surgery at the USA College of Medicine.

Dr. Rodning currently serves as president-elect of the Alabama Chapter of the American College of Surgeons and will be installed as president during the conference.

The Alabama Chapter of the ACS is the largest surgical society in the state of Alabama, with more than 950 members who represent all surgical subspecialties. For more information, visit acsalabama.org.

The conference will convene at Marriott’s Grand Hotel and Resort in Point Clear, Ala. For hotel reservations, call the Grand at (800)455-3834.
Posted by Med School Watercooler at 11:39 AM No comments: 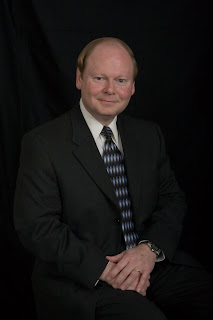 University of South Alabama College of Medicine alumnus Dr. Steven P. Furr was recently installed as the Medical Association of the State of Alabama’s president.

Dr. Furr received his bachelor’s and medical degrees at USA. He is the first USA College of Medicine graduate to assume the presidency of MASA. Dr. Furr also serves on the Board of Trustees for USA.

Currently, Dr. Furr serves as a family practice physician in Jackson, Ala. He has served as a member of the MASA Board of Censors, Alabama Board of Medical Examiners and the State Committee on Public Health since 2001, serving as vice chairman in 2008-2009. Dr. Furr is board certified by the American Board of Family Medicine.

In addition to his involvement in medical professional societies, he is the conference lay leader for the Alabama-West Florida conference of the United Methodist Church.

The Medical Association of the State of Alabama is the professional association for some 7,000 physicians of all specialties throughout Alabama. MASA exists to serve, lead and unite physicians in promoting the highest quality of health care for the people of Alabama through advocacy, information and education.
Posted by Med School Watercooler at 11:12 AM No comments: