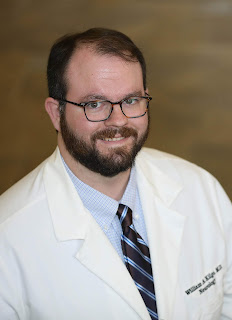 The Med School Café lecture for August will feature Dr. William Kilgo, recently appointed assistant professor of neurology at the University of South Alabama College of Medicine and a neurologist with USA Physicians Group.

His lecture, titled “The Importance of Specialized Care for Patients with Multiple Sclerosis,” will be held on Friday, Aug. 17, 2018, at the Strada Patient Care Center Conference Room on the first floor. Lunch will be served at 11:30 a.m., and the presentation will begin at noon.

In his talk, Dr. Kilgo will discuss the importance of getting an accurate diagnosis, which leads to proper treatment.

Dr. Kilgo, whose specialty is multiple sclerosis, received his medical degree and completed his residency training in neurology at the USA College of Medicine. He completed a neurology fellowship with a focus on neuroimmunology at the University of Alabama at Birmingham.

The Med School Café lecture and lunch are provided free of charge, but reservations are required. For more information or to make reservations, contact Kim Partridge at (251) 460-7770 or kepartridge@health.southalabama.edu.

The Strada Patient Care Center is located at 1601 Center St. in Mobile.
Posted by Med School Watercooler at 12:37 PM No comments: 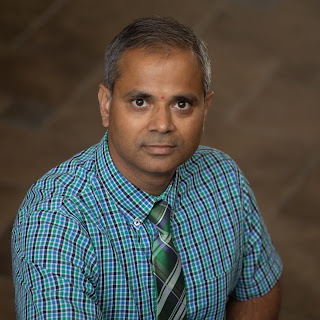 Dr. Manoj Kumar recently was appointed assistant professor of gastroenterology at the University of South Alabama College of Medicine and a gastroenterologist with USA Physicians Group.

Dr. Kumar received his medical degree from Kasturba Medical College in Manipal, India and his master’s degree in public health from the University of Alabama at Birmingham. Dr. Kumar completed an internal medicine residency and gastroenterology fellowship with USA College of Medicine.

In the past, Dr. Kumar volunteered as a junior doctor at the Community Health Center in Belary, India and received a gold medal in Excellence in Information Integrity Award in Chicago. He also has been published in many publications.

Posted by Med School Watercooler at 4:32 PM No comments:

‘If I Can Change One Kid’s Life, I Have Successfully Changed the World’

“I want kids to dream, to persevere,” said Jeremy Towns, a third-year student at the University of South Alabama College of Medicine. “Next Level Football Camp is so much more than football. For me, it serves as a reminder that kids are listening and that I have to continue to do my small part to help change the world.”

As both the organizer and founder of Next Level Football Camp, Towns said this year’s event was a success. “The goal of the camp is to allow just one day of football training to impact the other 364 days of the year by partnering children with mentors, emphasizing the benefits of making positive decisions and stressing the importance of education and academic success,” he said.

The daylong, free camp aims to provide hands-on training to at-risk youth, while also emphasizing both mental and physical well-being.

This year, more than 400 children gathered at Legion Field in Birmingham, Ala., in bright yellow shirts, eager to participate in the day’s festivities.

Zachary White, a second-year student at the USA College of Medicine, volunteered at the camp and greeted families as they arrived. White, who received the 2018 ASTRO Summer Minority Fellowship Award, is currently completing research and shadowing radiation oncologists in Birmingham.

According to White, carving out time in the morning to volunteer at the camp before going to his fellowship was an easy decision. “As a Birmingham native, I was thrilled at the opportunity to serve the youth in the community,” he said. “When I look back on my own life, there were role models that inspired me to be the person I am today.”

Although this is Towns’ seventh year hosting the camp, he tributes the knowledge he has acquired as a medical student for serving as a catalyst for many positive changes to this year’s event. “Being in medical school has not only provided me with medical knowledge, it has also given me the chance to become more aware of diversity and inclusion,” he said. “This year, we extended the invitation to girls. I wanted young ladies to have the opportunity to attend the camp because they need to know that they, too, can accomplish anything that a guy can. They need to have the chance to get the same leadership training and principles of self-confidence that boys have the opportunity to gain from the camp.”

On the day of the camp, forecasted temperatures were predicted to exceed 100 degrees. Towns credits a medical school lecture for heightening his understanding of dehydration and heat safety, a lesson he took very seriously when preparing for the camp. “We have always focused on hydration and tried to be conscious of the high temperatures,” he said. “However, after attending Dr. Al-Mehdi’s ‘Heat Illness’ lecture, I have an increased appreciation of the severity of heat illness and realize that it can result in dire health consequences.”

Both Towns and White agree that participating community service is a vital component of a medical student’s career. “It is imperative for future physicians to understand and connect with the various populations they will be serving.” Towns said. “I have found that people are more willing to open up to you if they know you genuinely care. Whether it is a 6-year-old kid at Next Level Football Camp, or a 65 year old that wants assistance with smoking cessation, it is crucial for medical students to be exposed to people from all walks of life in order to prepare them for their future.”

According to White, his motivation to make an impact in the lives of children is due to the lack of African American males entering the field of medicine. “Though this is a football camp, my goal is to always inspire as many young people as possible,” he said. “We have to encourage them to never give up on their dreams, whether it be medicine or another field. The youth need to see positive success stories from people who grew up where they are from, so that they can know they are able to accomplish great things as well.”

In addition to giving back to the community, White said he was also excited to support his medical school colleague. “Jeremy is an extraordinary leader and motivator,” he said. “His story not only inspires the youth of Birmingham, but also his fellow medical school classmates. We're all about uplifting and supporting each other here at USA and this is just a small example of it.”

Although this year’s camp just concluded, Towns said he is already planning for next year. “My goals for next year are to add more health screenings and solicit the help of incoming first- and second-year medical students,” he said. “I would also like to involve any USA College of Medicine alumni who practice in Birmingham to come and volunteer.”

Towns said the camp is made possible by a host of volunteers and donors. “I am extremely thankful that I attend a medical school that values giving back to the community,” he said. “I left the camp feeling loved by the outpouring of support from the community as they helped me love on 400-plus young people. I always say if I can change one kid’s life, then I have successfully changed the world.”

Posted by Med School Watercooler at 4:19 PM No comments: 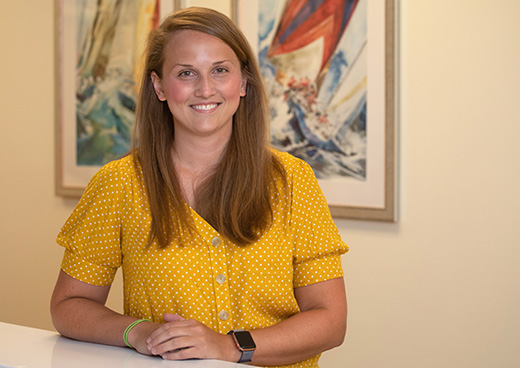 Dr. Rebecca Sollie recently was appointed assistant professor of family medicine at the University of South Alabama College of Medicine and serves as a family medicine physician with USA Physicians Group. Dr. Sollie also serves as the assistant clerkship director where she will continue teaching medical students in the clinical and classroom settings.

Dr. Sollie says she is very fortunate to continue working in a system where she is able to practice the full scope of family medicine and to collaborate with all the residents and faculty she has enjoyed learning and working with the past three years.

Dr. Sollie received her medical degree from the University of Alabama at Birmingham School of Medicine and completed her family medicine residency training with USA Health. She is a member of the American Academy of Family Physicians and the American Medical Association and has been published in multiple abstracts.

Posted by Med School Watercooler at 10:36 AM No comments: