This month, the University of South Alabama welcomed a new class of resident physicians to the graduate medical education programs based at USA Health.

The first-year residents will focus on advancing basic skills in communication, assessment and management in various healthcare environments. The skills learned during the first year of training vary by their chosen specialty and build on the foundation given to students during their years in medical school.

Dr. Samuel McQuiston, assistant dean of graduate medical education and associate professor of radiology, said GME training is a process of learning by doing. “As residents and fellows gain experience and demonstrate growth in their ability to care for patients, they assume roles that permit them to exercise those skills with greater independence, allowing for graded and progressive responsibility,” he said.

Currently there are 256 residents and fellows training within USA Health. Of these, 75 began their first year of training this month.

With a long history of training physicians, USA Health provides training in 19 fully ACGME-accredited residency and fellowship programs. Residents and fellows in USA’s training programs are integrated into USA Health with the majority of their training centered at USA Medical Center, USA Children’s & Women’s Hospital and USA Mitchell Cancer Institute and their affiliated outpatient clinics.

“An academic health center provides services that other hospitals do not,” Dr. McQuiston said. “This characteristic is one of the many strengths of the teaching environment for the training programs at USA.”

With 256 housestaff, the USA GME training programs are mid-size programs when compared to other institutions. “This means that we are small enough to allow residents to form a community of peers but large enough to provide diversity in their clinical experiences,” Dr. McQuiston said. “The acute and critical-care aspects of training in the hospitals combine with the various outpatient clinics to provide exposure to the full spectrum of training in our GME programs.”

“In particular, the trauma, stroke and heart centers at USA Medical Center; the evaluation center, the women's imaging center, the maternal-fetal specialists, and the neonatal and pediatric ICUs at USA Children's and Women's Hospital; and the diagnostic and therapeutic aspects of the USA Mitchell Cancer Institute provide incredible experiential opportunities for residents and fellows in numerous specialties,” Dr. McQuiston added.

This year, USA recruited its new residents and fellows from 45 different schools – with the largest representation coming from USA. Other top contributing schools include the University of Oklahoma and the University of Mississippi.

Dr. McQuiston said USA Health plays a critical role in supplying competent physicians for Mobile and the adjoining region. “During the past five years,” he said, “the largest number of our graduates practice in the state of Alabama and in other communities along the Gulf Coast.”
Posted by Med School Watercooler at 10:37 AM No comments: 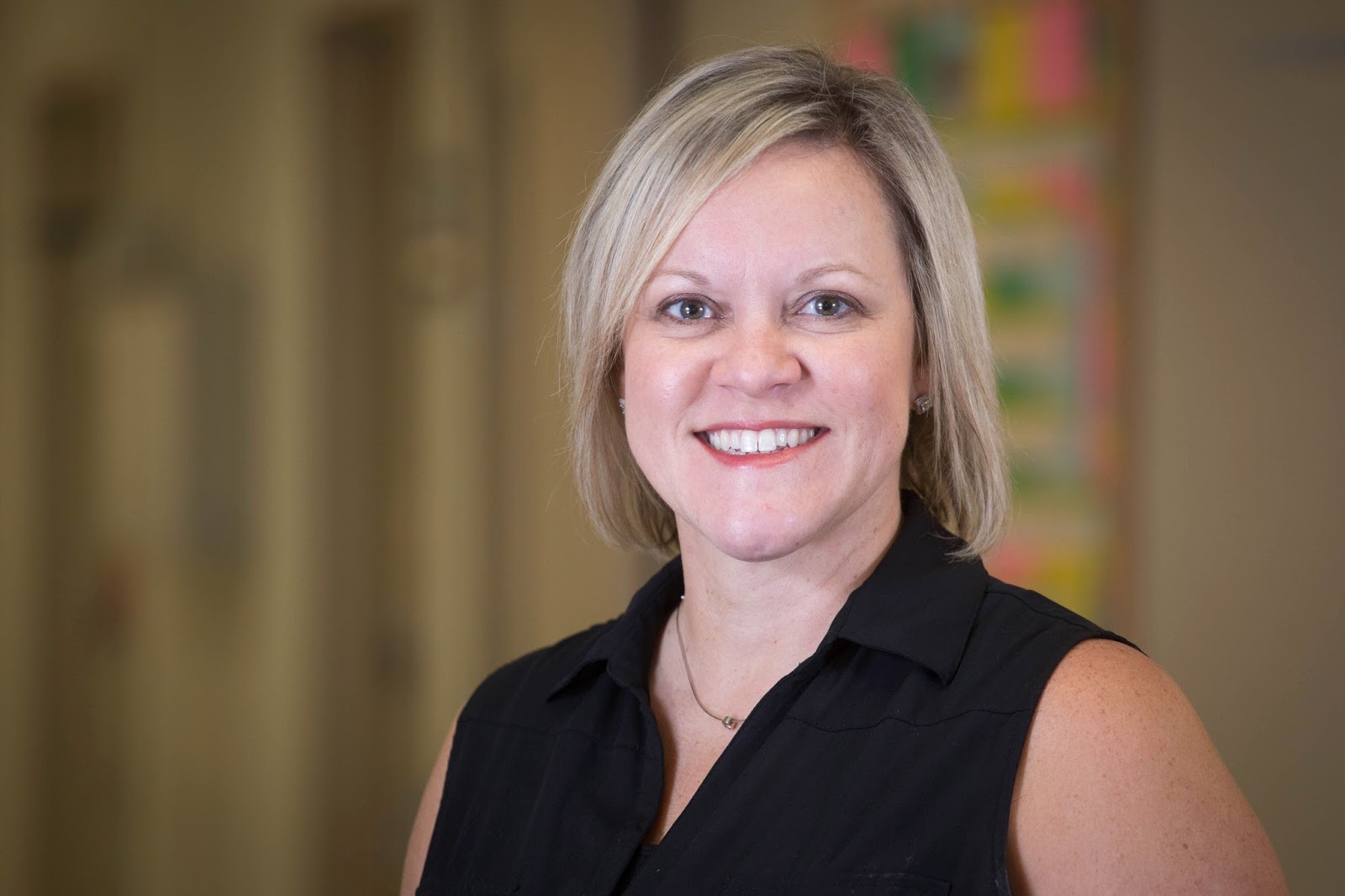 Julie Seals recently joined the University of South Alabama as a nurse practitioner in the department of family medicine.

Prior to joining USA, Seals served as a family nurse practitioner at Bay Minette Family Practice in Bay Minette, Ala., and as a registered nurse at Providence Hospital in Mobile, Ala.

Seals is currently seeing patients at USA Family Medicine Center located at 1504 Springhill Ave. in Mobile, Ala. To make an appointment, call (251) 434-3475.
Posted by Med School Watercooler at 10:37 AM No comments: 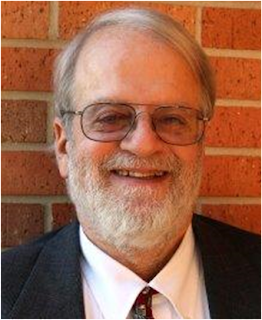 Dr. Randall Powell, retired professor of surgery and pediatrics at the University of South Alabama College of Medicine, passed away on July 25, 2016. He was 70.

“Dr. Powell was a longstanding, dedicated faculty member with a passion for medical care of the pediatric patient,” said Dr. William O. Richards, chair of the USA department of surgery.  “During much of his career at USA, he was either the only pediatric surgeon or one of two pediatric surgeons in our region, caring for some of the most vulnerable patients -- neonates and critically-ill children with surgical diseases.”

Dr. Powell, a native of Richmond, Va., earned his bachelor of science degree from Hampden-Sydney College in Hampden-Sydney, Va., and his medical degree from the Medical College of Virginia in Richmond, Va. He completed residency training in general surgery at Naval Hospital in San Diego and his fellowship in pediatric surgery at Children’s Memorial Hospital in Chicago.

As a pediatric surgeon, Dr. Powell belonged to a very small group of surgeons who trained beyond general surgery residency in order to care for neonates and children with all the complex congenital defects and the different physiology of the growing child.  When he trained as a pediatric surgeon there were only 24 programs in the United States that trained pediatric surgeons.

Prior to joining USA in 1984 as assistant professor of surgery and pediatrics, Dr. Powell served at Northwestern University Medical School, Naval Hospital in San Diego, and University of California San Diego School of Medicine in San Diego. In 1991, Dr. Powell was promoted to professor of surgery and pediatrics at the USA College of Medicine and served in that role until his retirement in 2009.

Dr. Powell was exceptionally bright, as evidenced by his election to Alpha Omega Alpha medical honor society and his encyclopedic knowledge of surgical history and techniques. He was equally passionate about the care of pediatric patients and the training of surgical residents.  He expected and demanded excellence in all aspects of patient care.

A true academician, Dr. Powell was an advocate for surgical residents and junior level faculty.  He would write encouraging notes to each chief resident in surgery regarding their training and chosen fellowship or future practice plans. During the last weeks of his life, Dr. Powell began sharing his prized book collection, with many of these books being first editions on pediatric surgery that were signed by the authors.  His legacy is one of the highest academic rigor, intellectual honesty, and never-ending self-reflection on how to be a better physician and surgeon.

Dr. Powell touched the lives of countless medical students, residents and patients through his work as a faculty member and pediatric surgeon at the USA College of Medicine. Throughout his career, he invested considerable time and effort in the education, mentoring and training of both medical students and residents.

While at USA, Dr. Powell was also director of the division of pediatric surgery and professor of physician assistant studies. He served on numerous committees at USA, including the Resident Evaluation Committee, the Surgical Case Review Committee at USA Medical Center, the USA Faculty Senate, the College of Medicine Admissions Committee, and chairman of the Medical Student Research Committee.

A memorial service will be held for Dr. Powell on Friday, July 29, at Dauphin Way United Methodist Church at noon; it will be preceded by a visitation at 11 a.m.  Burial will be private.

In lieu of flowers, donations can be made to the Randall W. Powell, M.D., Lectureship in Pediatric Surgery at the USA College of Medicine. Donations can be mailed to Development and Services Building, 300 Alumni Circle, Mobile, AL 36688.
Posted by Med School Watercooler at 11:43 AM No comments: