Mark Gillespie, Ph.D, SAMSF-Locke professor and chair of pharmacology at the University of South Alabama College of Medicine, and Jon Simmons, M.D., chief of the division of trauma and acute care surgery at the USA College of Medicine and the trauma medical director at USA Health University Hospital, recently received two major grants from the National Institutes of Health (NIH) totaling over $3.5M to study the relationship between multiple organ failure and massive blood transfusions in severely injured patients.

Gillespie said while massive transfusions save lives, a small percentage of patients experience serious complications. “The complications seem to arise from inflammatory mediators that are present in the transfusion material,” he said. “Previously, no one knew these inflammatory mediators – mainly mitochondrial DNA – were present in the blood or that they could do potential harm.”

“We have shown that unintentional administration of transfusion products containing large amounts of mitochondrial DNA is often associated with severe lung failure several days later,” Simmons said. “What’s different about this type of respiratory failure, versus other transfusion reactions, is that it is debilitating for life. About 20 to 30 percent of patients who undergo a massive transfusion experience this problem.”

“One of the early discoveries that Jon and I made was that fragments of the mitochondrial genome, which are DNA that come from the mitochondria and not the nucleus, accumulate in the blood of severely injured patients requiring massive transfusions,” Gillespie added. “These fragments appear to predict whether patients will experience complications as a result of the transfusion.”

The discovery that mitochondrial fragments were predictive of which patients would develop serious complications after trauma served as a catalyst for this research. “We also found that these fragments led to further damage to the mitochondrial genome which in turn led to further fragmentation and more release of these inflammatory fragments. We call that a ‘feed forward’ system,” Gillespie said.

He went on to add that, “it was reasonable to think that if you could block the formation of, or degrade these fragments, then you could protect people from adverse effects.”  Gillespie also noted that,  “There is currently no way to detect that the inflammatory agents are present before a transfusion; it seems that a portion of massively-transfused patients ‘draw the unlucky straw.’ Our research seeks to address that problem.”

Although the two have made significant discoveries relating to mitochondrial DNA, Gillespie said many aspects of this research area remain poorly understood. “For example, we don’t know how many transfusion units, or how many molecules of the inflammatory material people can receive before they develop organ failure,” he said.

The research led by Gillespie and Simmons is a two-pronged approach to address the problem. “The first was the development of a drug to might repair the mitochondrial genome so that it never shatters in the first place, which in turn should prevent activation of this dangerous feed-forward pathway,” he said. “The second idea is to use an old, repurposed drug to degrade the mitochondrial DNA once it accumulates in the blood.”

This collaborative research is a prime example of the far reaching impact an academic medical center, such as USA Health University Hospital, can have on patient care. Gillespie describes this project as “bedside-to bench-and-back again” research. “Jon started with a clinical observation and we back-translated it into a laboratory experiment that then led us to go forward and translate it back into patients,” he said.

Simmons said he is excited to have the opportunity to improve the care in the future for trauma patients. “It’s more than taking great care of patients we encounter today,” he said. “We are researchers looking at new ways to help patients around the world.”
Posted by Med School Watercooler at 3:50 PM No comments: 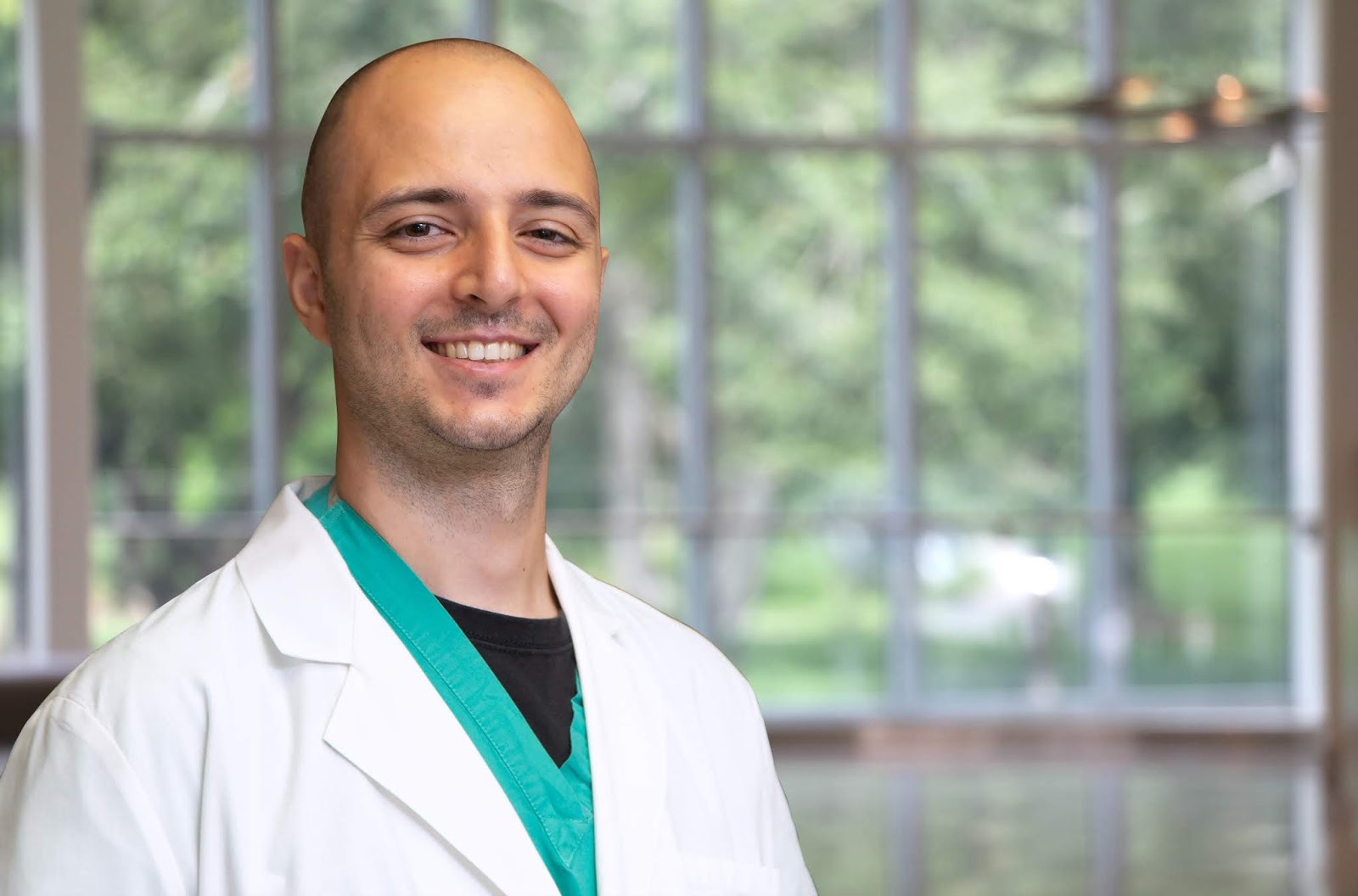 His lecture, "From the Perspective of Interventional Radiology: Uterine Artery Embolization for Abnormal Uterine Bleeding” will be held Friday, July 12, at the USA Health Strada Patient Care Center. Lunch will be served at 11:30 a.m., and the presentation will begin at noon.

The Med School Café lecture and lunch are provided free of charge, but reservations are required. For more information or to make reservations, contact Kim Partridge at (251) 460-7770 or email kepartridge@health.southalabama.edu.

Med School Café is a free community lecture series sponsored by USA Health. Each month, faculty and physicians share their expertise on a specific medical condition, providing insight on the latest treatment available.

The USA Strada Patient Care Center is located at 1601 Center St. in Mobile.
Posted by Med School Watercooler at 12:16 PM No comments: 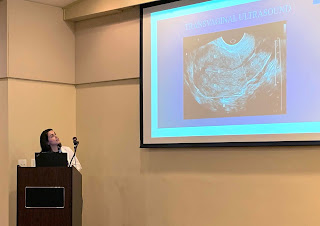 Dr. Eva Alnajjar, assistant professor of obstetrics and gynecology at the University of South Alabama College of Medicine and an obstetrician-gynecologist with USA Health, presented the June Med School Café lecture.

In her talk, Alnajjar discussed abnormal uterine bleeding, how it presents, risk factors and management options.

Posted by Med School Watercooler at 10:41 AM No comments:

Amity Martin, RN, clinical nurse manager in the department of gastroenterology, was awarded the USA Health Physicians Group Employee of the Month Award for June.

Martin manages the daily operations of the USA Health Digestive Health Center, where she has worked for 23 years. She started working at USA Health in 1994 in the department of internal medicine. 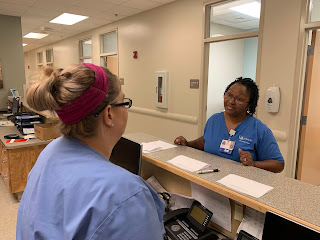 "Ms. Martin works well with all departments and physicians," said Emilie Barnett, RN, a clinical nurse in gastroenterology who nominated Martin for the award. "She does not procrastinate and always includes her staff to come up with solutions to any day-to-day problems. She seeks feedback and is always approachable."

In addition to being a supportive manager, Martin is a great advocate for her patients.

"Ms. Martin always goes the extra mile for patients and co-workers. She is always pleasant, and the patient always comes first," Barnett said. "She is nonjudgmental and exemplifies dedication and humility."