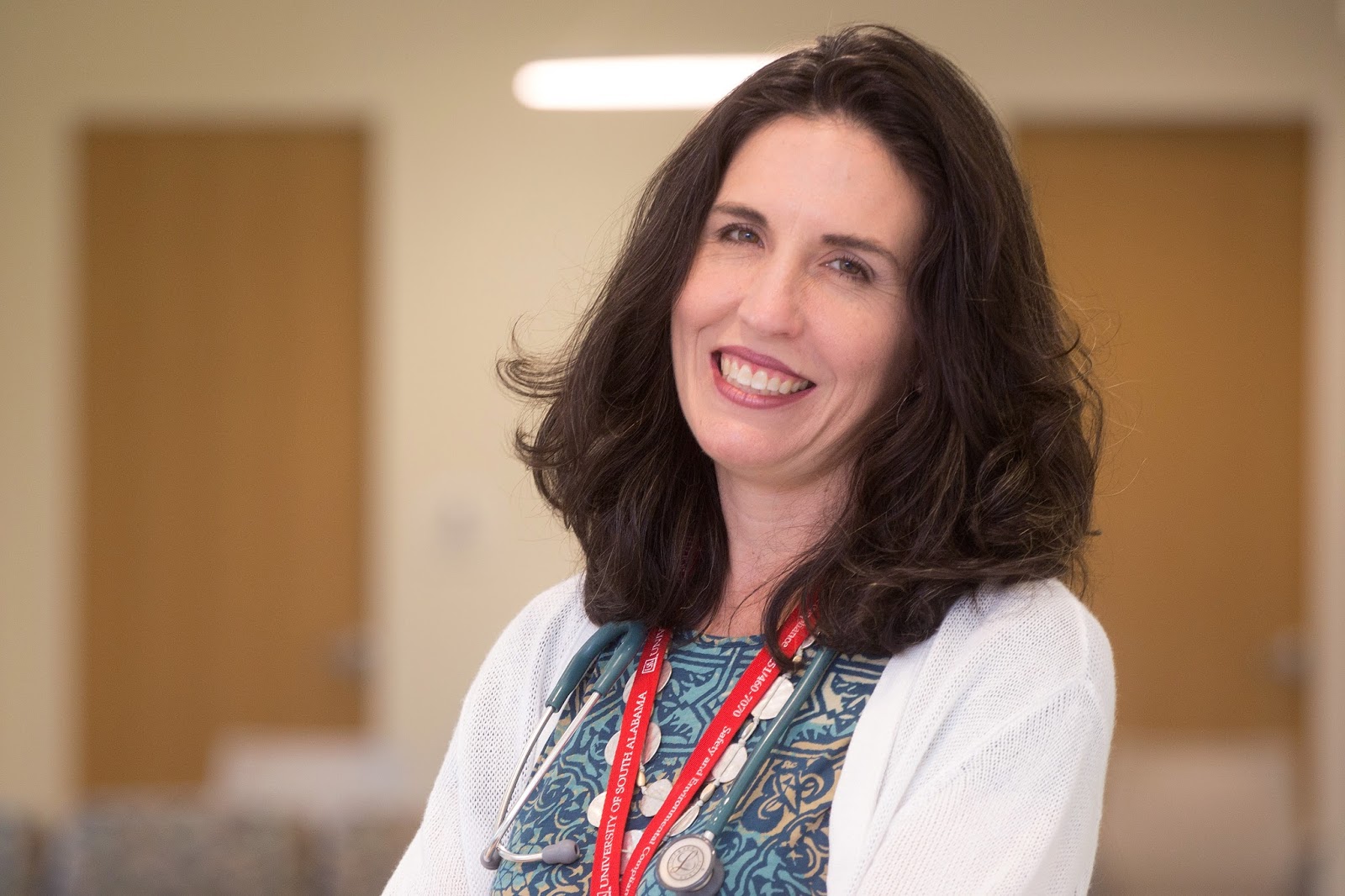 USA College of Medicine alum Dr. Jennifer Cole recently returned to USA as an adjunct assistant professor of pediatrics and serves as an attending physician in the general pediatrics residency clinic.

She previously served as assistant professor in the USA Department of Pediatrics from 2005-2008, where she supervised the USA BreathMobile asthma outreach and the community pediatrics rotation.

Dr. Cole served as a board member of the Alabama American Academy of Pediatrics from 2006-2009 and supervising physician of the Alabama Baby Coalition at the Mobile County Health Department from 2007-2008. Her area of interest is pediatric asthma.

The TBL workshop will be structured not only to familiarize faculty participants with TBL techniques, but also will help participants develop a TBL activity on patient safety during the workshop that they will be able to use with residents, fellows and medical students.

Seating for the event is limited. CME is available for faculty. For more information and to register, email Dr. Joyce Guest at jguest@health.southalabama.edu.
Posted by Med School Watercooler at 8:38 AM No comments:

Author information: Vickers, University of Alabama at Birmingham senior vice president of Medicine and dean of the School of Medicine, is a world-renowned surgeon, pancreatic cancer researcher and pioneer in health disparities research. Marymont, University of South Alabama vice president for medical affairs and dean of the College of Medicine, is a nationally known academic leader and orthopaedic surgeon. Myers, HudsonAlpha Institute for Biotechnology president and science director, is an internationally renowned genomics and genetics researcher who was a key contributor to the Human Genome Project.

Medical research means hope for millions of Americans and their families affected by a life-changing disease like Alzheimer’s, diabetes, cancer or heart disease — diseases that certainly have an impact in Alabama. As we look to the future, it is important for Congress to continue to fund the National Institutes of Health to provide for the critical infrastructure needed by our nation’s medical research enterprise.

Today, the physicians, scientists and patients at the UAB School of Medicine, USA College of Medicine and HudsonAlpha Institute for Biotechnology urge Congress to continue its commitment to sustained, robust growth in the NIH by creating a sustainable model for funding the NIH moving forward. Congress responded in a bipartisan and positive way to the extreme cuts proposed by the administration. Investment in scientific discovery is crucial to improve the health of patients, strengthen the economy in the near and long terms, and maintain the United States’ global pre-eminence in medical innovation.

The nation invests less than $100 per person annually for all of the research conducted and supported by the NIH, yet the return on investment has been spectacular for us all. The quality of life for millions of Americans has been improved by innovations in treatment, technology and care resulting from NIH-supported research across the country.

Because of NIH-funded research, the HIV transmission rate in the United States from infected mothers to their babies has fallen from 27 percent in 1990 to less than 1 percent in 2017. Childhood cancer patients with lymphocytic leukemia now have a five-year survival rate of 90 percent as a result of available treatments. People battling high cholesterol can take statins to manage their health. Vaccines have been developed to prevent hepatitis A, rotavirus and the human papillomavirus (HPV). The emerging field of genomics is the foundation for countless discoveries. While there is tremendous potential, advances in genomics have identified key factors in widespread, costly diseases such as Alzheimer's and have provided prevention strategies for breast and other cancers.

The federal government, primarily through NIH, plays an irreplaceable role in supporting medical innovations by funding the research that serves as the foundation for these and other lifesaving advances. Given the uncertainty of discovery — the next important insight into a disease could come from a number of different avenues or organisms — industry relies on this investment to inform our fundamental understanding of medicine. This research is a springboard that speeds and makes possible the development of treatments and cures.

Physicians and scientists at U.S. medical schools and teaching hospitals such as the UAB and USA Schools of Medicine conduct more than half of all external research funded by NIH. Because of NIH support, these investigators are a force for translational discovery through their ongoing research of techniques such as deep brain stimulation, an important treatment for patients with Parkinson’s disease and other movement disorders; exploration of molecular changes that happen to the body during and after exercise; and design of cutting-edge clinical trials to advance discovery and new therapies.

The proposed cuts to NIH funding not only affect medical research, but they affect the very fabric of academic medical centers and nonprofit research institutes— institutions across the country employing faculty and staff to conduct this scientific research and provide the best possible care for patients. At UAB, USA and HudsonAlpha, less than 15 percent of funding comes from the state of Alabama. More than 25 percent of revenue comes from federal grants, including those from the NIH and U.S. Department of Health and Human Services. Removing or reducing that funding would be devastating for patients, researchers and works alike.

Forty-five of the nation’s 50 states have academic medical centers, each making large economic impacts, both in  its local and regional communities and in its state as a whole. UAB and USA are among the largest employers in Alabama.

This kind of economic development has made the United States the world leader in medical research, but its stature may be slipping as other countries have been increasing their public investment in research. While Congress recently took important steps to help the NIH regain some of its lost purchasing power, flat — or even worse, reduced — future appropriations threaten to undermine these key efforts. Because research cannot be turned on and off like a spigot, there must be sustained and predictable NIH budget growth so that researchers can build on previous progress and investment.

Millions of Americans depend on medical research to provide hope in the face of potentially devastating diagnoses. The UAB and USA Schools of Medicine, HudsonAlpha, and the nation’s medical schools, teaching hospitals and nonprofit research institutions urge Congress to help us to maintain the infrastructure of hope.

Our patients — and all Americans — deserve it.
Posted by Med School Watercooler at 10:26 AM No comments:

USA Neurologists First in Region to Earn Board Certification in Epilepsy

Currently, they are the only diplomates in the Mobile region who are board-certified in epilepsy. “USA attracts the leaders in the field,” Dr. Naritoku said. “This certification recognizes our expertise in the field of epilepsy and reflects the competency and knowledge of our faculty.”

According to Dr. Ochoa, specializing in a narrow field such as epilepsy is beneficial because it equips physicians with in-depth knowledge about a specific problem or disease.“About 1 percent of people have epilepsy,” Dr. Ochoa said. “It is a very complex disease that requires a high level of expertise. We definitely have a great advantage at USA.”

Dr. Ochoa said being one of only two physicians certified in epilepsy in the region is very rewarding. “I have now become a point of reference for complex cases,” he said. “When traditional treatment options fail them, patients from surrounding areas often get referred to me because of my level of expertise in the field.”

Dr. Naritoku earned his medical degree from the Chicago Medical School in Chicago, in 1981 and completed an internship in internal medicine at the University of Illinois in Chicago. He then completed his residency training in neurology, and a fellowship in neuropharmacology and epilepsy at Washington University in St. Louis.

Dr. Naritoku is also board-certified in neurology, clinical neurophysiology and pharmacology, and he currently serves as president of the Southern Epilepsy and EEG Society.

His clinical interests include comprehensive epilepsy management, clinical neurophysiology and sleep. His research interests include developing new therapies for epilepsy, studying brain mechanisms of seizures and dysautonomia. He has active laboratory, translational and clinical research programs and has received research funding from the NIH and the Epilepsy Foundation of America.

Dr. Ochoa earned his medical degree from the Universidad Javeriana Medicine in Bogota, Colombia, in 1988. He completed his residency training in family medicine at Jamaica Hospital in New York and his residency training in neurology at the State University of New York at Brooklyn. In addition, he completed a fellowship in clinical neurophysiology and epilepsy at Montefiore Medical Center, Albert Einstein College of Medicine in Bronx, N.Y., and a fellowship in medical education at the University of Florida in Gainesville, Fla.

He is also board-certified in both neurology and clinical neurophysiology by the ABPN. Dr. Ochoa is the director of the neurology residency program at the USA College of Medicine and director of the SouthCEP Comprehensive Epilepsy Center at USA Medical Center. His clinical interests include clinical neurophysiology and epilepsy surgery evaluations, and his current research interests include advance seizure source localization and high frequency brain activity associated with seizures.

The American Board of Psychiatry and Neurology approved the application sponsored by the American Board of Medical Specialties to offer a subspecialty certification in epilepsy in 2010. The purpose of offering this certification is to officially establish the field of epilepsy as a definite area of sub-specialization in neurology and child neurology and to provide a means of identifying physicians properly trained and experienced in treating epilepsy.

Learn more here.
Posted by Med School Watercooler at 8:55 AM No comments: 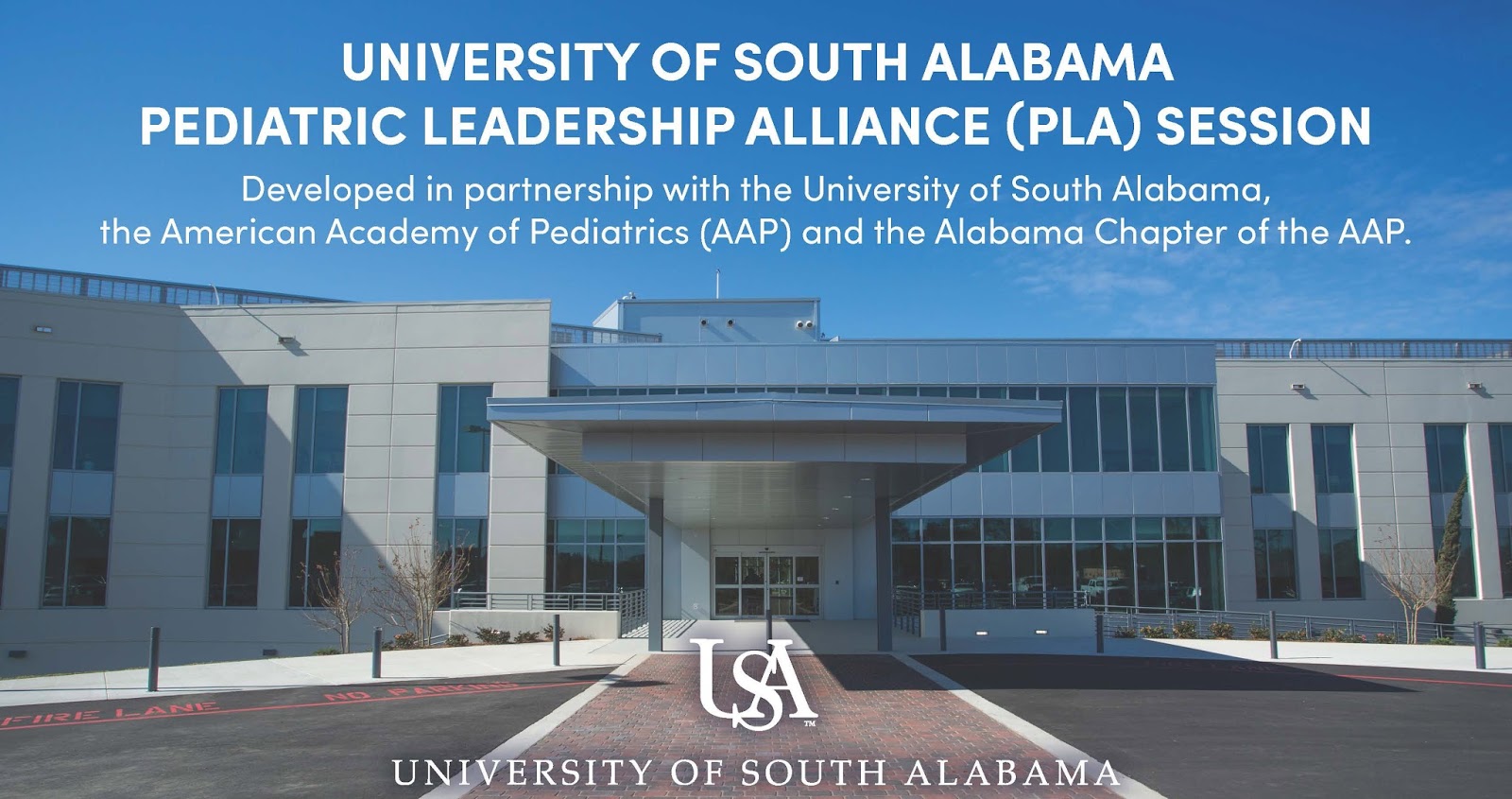 A networking reception with heavy hors d’oevres, drinks and live music will follow Friday’s session until 8:00pm. Breakfast and lunch will be served during Saturday’s session.

The session will focus on the Patient-Centered Medical Home (PCMH) model within the context of the leadership model from the book “The Leadership Challenge," written by James Kouzes and Barry Z. Posner. The workshop includes both didactic and hands-on elements to help attendees understand their role in PCMH and how they can be a leader during the process.

The session is open to physicians, residents, advanced practice providers and licensed nursing staff. Register here by June 1. For more information, call (251) 434-3919.
Posted by Med School Watercooler at 8:53 AM No comments: