How the health care bill affects you | Fox10tv.com

Finding The Right Shoe For You 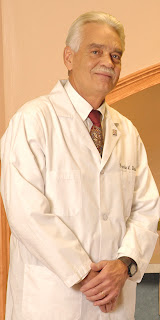 The April Med School Café lecture will feature Dr. Frankie Bodie, assistant professor of obstetrics and gynecology at the USA College of Medicine. His lecture, titled "Perimenopause: Managing the Big Change," will take place on Tuesday, April 13, 2010, at the Hearin-Chandler Family YMCA at 951 Downtowner Blvd. in Mobile. Lunch will be served at 11:30 a.m., and the presentation begins at noon.

Dr. Bodie will outline the symptoms of perimenopause and treatments available to women who are going through perimenopause. Perimenopause, otherwise known as menopause transition, is the stage of a woman's reproductive life that begins at least 12 months before menopause, when the ovaries gradually begin to produce less estrogen. It usually starts in a woman's 40s, but can start in a woman's 30s or earlier.

The Med School Café lecture and lunch are provided free of charge, but reservations are required. For more information or to make reservations, please call Kim Barnes at (251) 460-7770 or e-mail kebarnes@usouthal.edu.

Med School Café is a free community lecture series sponsored by the USA Physicians Group. Each month, faculty from the USA College of Medicine share their expertise on a specific medical condition, providing insight on the latest treatments available as well as promising new research.
Posted by Med School Watercooler at 3:35 PM No comments:

Health Reform TimelinePresident Obama signed H.R. 3590, “The Patient Protection and Affordable Care Act,” Tuesday and MASA has compiled an implementation timeline for some of the major provisions affecting physicians and patients.

A separate reconciliation bill, which would amend some of H.R. 3590’s provisions, also passed the U.S. House Sunday night and is now being considered by the U.S. Senate. That bill’s passage in the Senate could change some of the provisions listed below. If and when the reconciliation bill becomes law, MASA will review it and alert physicians to changes between the two bills.

For the time being, below is an overview of H.R. 3590’s provisions broken down by implementation year.

In 2010:
- Insurance companies are prohibited from denying coverage to children with pre-existing conditions;
- Insurance companies prohibited from placing lifetime caps on coverage;
- Children permitted to stay on parents’ insurance until age 26;
- Some small businesses will receive a business health tax credit for providing employee health insurance;
- Temporary reinsurance program implemented for employers providing health insurance to retirees over 55 who are Medicare-ineligible;
- Creation of temporary high-risk pool to immediately cover people with pre-existing conditions;
- Coverage requirements for new health plans regarding preventive services and immunizations without cost sharing;
- Process established for states to review rate increases and for health plans to justify increases;
- “Donut hole” for Medicare Part D begins to close, “donut hole” will be eliminated by 2020, this year a $250 rebate will be provided to Medicare Part D beneficiaries who hit the gap in prescription drug coverage.

In 2013:
- Public reporting of physician performance begins;
- Medicare pilot programs begin testing care payments based on “quality over quantity” of services rendered;
- A new Medicare payroll tax on individuals earning more than $200,000 per year and couples earning more than $250,000 per year (monies generated through this tax will pay for insurance policies of people under the Medicare age);
- Fewer medical expenses will be tax deductible;
- Wage taxes rise from 1.45 percent to 2.35 percent;
- New tax of 3.8 percent levied on unearned income streams like interest and dividends;
- New tax of 2.9 percent on medical device sales.

In 2014:
- State insurance exchanges created for individuals and small businesses to purchase coverage;
- Insurance companies prohibited from denying coverage for pre-existing conditions;
- Individual insurance mandates go into effect with penalties for noncompliance;
- Subsidies provided to low and some middle income individuals and families for purchasing insurance;
- Medicaid expanded to all Americans under age 65 earning up to 133 percent of the federal poverty level;
- Subsidies increase for some small business providing coverage to employees.

In 2016:
- Penalties for individuals refusing to purchase insurance rises to 2.5 percent of taxable income or $695, whichever is greater;
- Multi-state compacts allowed to sell policies across state lines.

Alabama, 12 Other States File Lawsuit Against Health Care Reform Bill
(From the Medical Assocation of the State of Alabama)

Immediately following President Barack Obama’s signing of H.R. 3590 Tuesday, Alabama joined 12 other states from around the country in filing a lawsuit challenging several provisions of the new law.

The suit alleges, among other things, that unfunded state Medicaid mandates and forcing individuals to purchase health insurance are unconstitutional.

The lawsuit was filed by the participating states’ attorneys general, which in Alabama is Attorney General Troy King, and names the U.S. Departments of Health and Human Services, Treasury and Labor. Other states joining Alabama in the lawsuit include South Carolina, Florida, Louisiana, Nebraska, Texas, Michigan, Utah, Pennsylvania, South Dakota, Washington and Colorado.
(From the Medical Assocation of the State of Alabama)
Posted by Med School Watercooler at 12:02 PM No comments:

The USA Mitchell Cancer Institute will hold its annual Oncology Outlook conference on  April 23-24, 2010 in Point Clear, Ala.  The conference will provide professional education opportunities for physicians, physician extenders, nurses, radiation technicians and other healthcare professionals.  For detailed information about the program, follow this link - http://cmetracker.net/USAL/Files/Brochures/9835.pdf .
Posted by Med School Watercooler at 11:20 AM No comments: