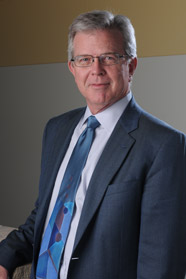 Dr. Frank deGruy III, former professor and chair of the department of family practice and community medicine at the University of South Alabama College of Medicine, was recently elected to the Institute of Medicine (IOM).

Dr. deGruy is currently the Woodward-Chisholm Chair and Professor of the department of family medicine at the University of Colorado School of Medicine. In addition, he was among the six distinguished alumni honored by the USA National Alumni Association this past March.

Election to the IOM is considered one of the highest honors in the fields of health and medicine and recognizes individuals who have demonstrated outstanding professional achievement and commitment to service.

New members are elected by current active members through a highly selective process that recognizes individuals who have made major contributions to the advancement of the medical sciences, healthcare and public health.

Dr. deGruy received his undergraduate degree at Princeton University in 1970 and his medical degree from USA in 1977. Dr. deGruy completed his family medicine residency at the Medical Center in Columbus, Ga., and his family medicine fellowship as a Robert Wood Johnson Fellow in Family Medicine at Case Western Reserve University in Cleveland, Ohio.

Dr. deGruy’s research interests include somatization, mental disorders in the primary care setting, and family factors in health and illness. He is currently heading up a primary care presence in a newly developed community called Stapleton in the metro Denver area. This will include a new residency clinic, research development and extensive community involvement.

The Institute of Medicine is unique in its structure as both an honorific membership organization and an advisory organization. Established in 1970 by the National Academy of Sciences, IOM has become recognized as a national resource for independent, scientifically informed analysis and recommendations on health issues.

With their election, members make a commitment to volunteer on IOM committees, boards and other activities. Projects completed during the past year include studies on the cardiovascular effects of secondhand smoke exposure, nutrition standards for the federal school meals programs, prevention and control of viral hepatitis, strategies to reduce rates of hypertension and decrease Americans’ sodium intakes, and a major summit on integrative medicine.

The new members raise the Institute’s total active membership to 1,649 and the number of foreign associates to 96. With an additional 72 members holding emeritus status, IOM’s total membership is 1,817.
Posted by Med School Watercooler at 1:05 PM No comments: 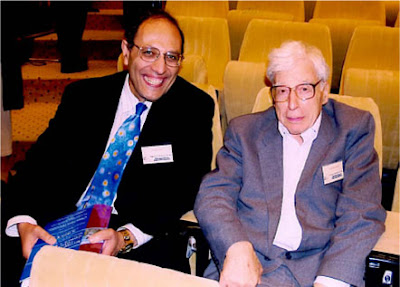 Dr. Botros Rizk (left) with Dr. Robert Edwards
Dr. Botros Rizk, professor of obstetrics and gynecology at the University of South Alabama College of Medicine, was brimming with excitement earlier this month as the Nobel Prize for Medicine awardee was announced.

Dr. Robert Edwards, his longtime mentor and professor emeritus at the University of Cambridge, was recently awarded the Nobel Prize for Medicine for the development of human in vitro fertilization (IVF) therapy.

“Dr. Edwards is an incredible man – one of the most supportive and delightful people that I have ever worked with,” said Dr. Rizk, who specializes in reproductive endocrinology.

Dr. Edwards’s achievements made it possible to treat infertility, a medical condition affecting a large percentage of the population. During the 1950s, Dr. Edwards had the vision that IVF could be useful as a treatment for infertility, and he began working to discover important principles for human fertilization.

On July 25, 1978, the world’s first “test tube baby,” Louise Brown, was born. Today, IVF is an established therapy throughout the world, and approximately four million individuals have been born following IVF.

Dr. Rizk trained with Dr. Edwards for a decade, completing his fellowship and working as a faculty member at the University of Cambridge. “I was the youngest fellow in his group, and one of the first fellows after the first successful IVF birth,” Dr. Rizk said. “Dr. Edwards was the most famous scientist during that time, and I was honored that he took the time to mentor me. It shows how dedicated and sincere he was.”

Their long-term collaboration is evident in many ways. In March 2008 in Alexandria, Egypt, Dr. Rizk presented Dr. Edwards with an award from the Middle Eastern Fertility Society at the IVF 30-year celebration. In addition, Dr. Edwards has written a forward for one of Dr. Rizk’s books, titled “Ovarian Hyperstimulation Syndrome.” The two have also collaborated on scientific papers and abstracts.

“Dr. Edwards was very modest, but at the same time a very powerful man,” Dr. Rizk said when reflecting on his time at Cambridge. “He was really like a father to me, not just a mentor.”

Dr. Rizk said learning from such a great mentor has helped him to become a better mentor to others. “Dr. Edwards always worked so hard behind the scene, helping us with our careers and always giving everyone a chance,” Dr. Rizk said. “Hopefully I can apply a percentage of his mentoring and work to wherever I am in his honor.”
Posted by Med School Watercooler at 1:05 PM No comments: 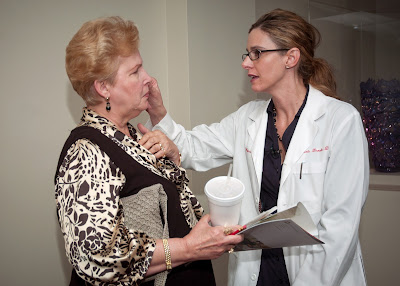 This week's Med School Café lecture, "Aesthetics and Skin Care," was given by Dr. Nicole Brooks, assistant professor of obstetrics and gynecology at USA. The lecture was held at the Mobile Museum of Art and had a total of 93 attendees.

Video from this lecture will be posted online by next week. To read more about the lecture, click here.

The next Med School Café lecture will be held on Nov. 16, 2010, and will feature Dr. Barney Beaver, associate professor of cardiology at USA. If you are interested in attending, email kebarnes@usouthal.edu for details.
Posted by Med School Watercooler at 1:05 PM No comments:

It's That Time of Year Again - Dr. Kevin Green on the Importance of the Flu Vaccine 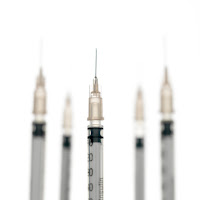 Flu season is upon us, and Dr. Kevin Green, associate professor of internal medicine at the University of South Alabama College of Medicine, said it is important for you and your family to get protected.

Dr. Green anticipates a typical flu season this year, with the season’s peak falling within the eighth week of 2011. If you experience mild symptoms, stay at home. He said that you should see your doctor if you begin to experience serious flu symptoms – such as shortness of breath.

Dr. Green recommends that everyone get the flu vaccine, unless you have a serious egg allergy. “The vaccine is quick, cheap, and free for employees,” he said. “This year, the H1N1 strain is incorporated into the flu strain vaccine so multiple shots won’t be necessary.”

Immunity takes two weeks to develop after you have been given the vaccine and lasts for at least six months.

USA Physicians Group will provide Seasonal Flu Shot Clinics exclusively for USA Employees at four convenient locations on Oct. 20-22, 2010. The vaccines are available free of charge for USA employees and their family members covered by the USA Health & Dental Plan.


Specific times and locations are:

If you have questions, visit http://www.southalabama.edu/flushots.html or call our Appointments and Information Line at 434-3711.

Posted by Med School Watercooler at 1:04 PM No comments:

A new nocturnal dialysis program is being offered at USA to allow patients to receive dialysis treatments at night. To read the entire article from the Mobile Press-Register, click here.
Posted by Med School Watercooler at 1:04 PM No comments: 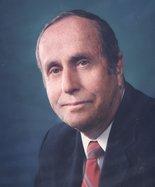 Dr. Robert O. Harris III, professor emeritus of pediatrics at the University of South Alabama and former director of the USA Cystic Fibrosis Center, died Oct. 11, 2010, at his home in Mobile. He was 87.
Dr. Harris began caring for children in Mobile in 1950, and he was instrumental in organizing polio vaccine clinics in the area.

“His enthusiasm for his specialty and for teaching was contagious,” Dr. Peevy said. “Dr. Harris had a great sense of humor and was a very humble and caring man who was a great role model for young students, residents and junior faculty.”

Dr. Harris, a 1943 graduate of the University of Alabama, earned his degree from the Tulane medical school in New Orleans in 1945. A veteran of World War II, he was a flight surgeon with the U.S. Army Air Corps. In the mid-1970s, he received a fellowship at Duke University and became a board-certified allergist-immunologist.

A memorial service was held at 11 a.m. on Friday, Oct. 15, 2010, at Spring Hill Presbyterian Church.
Posted by Med School Watercooler at 1:03 PM No comments: