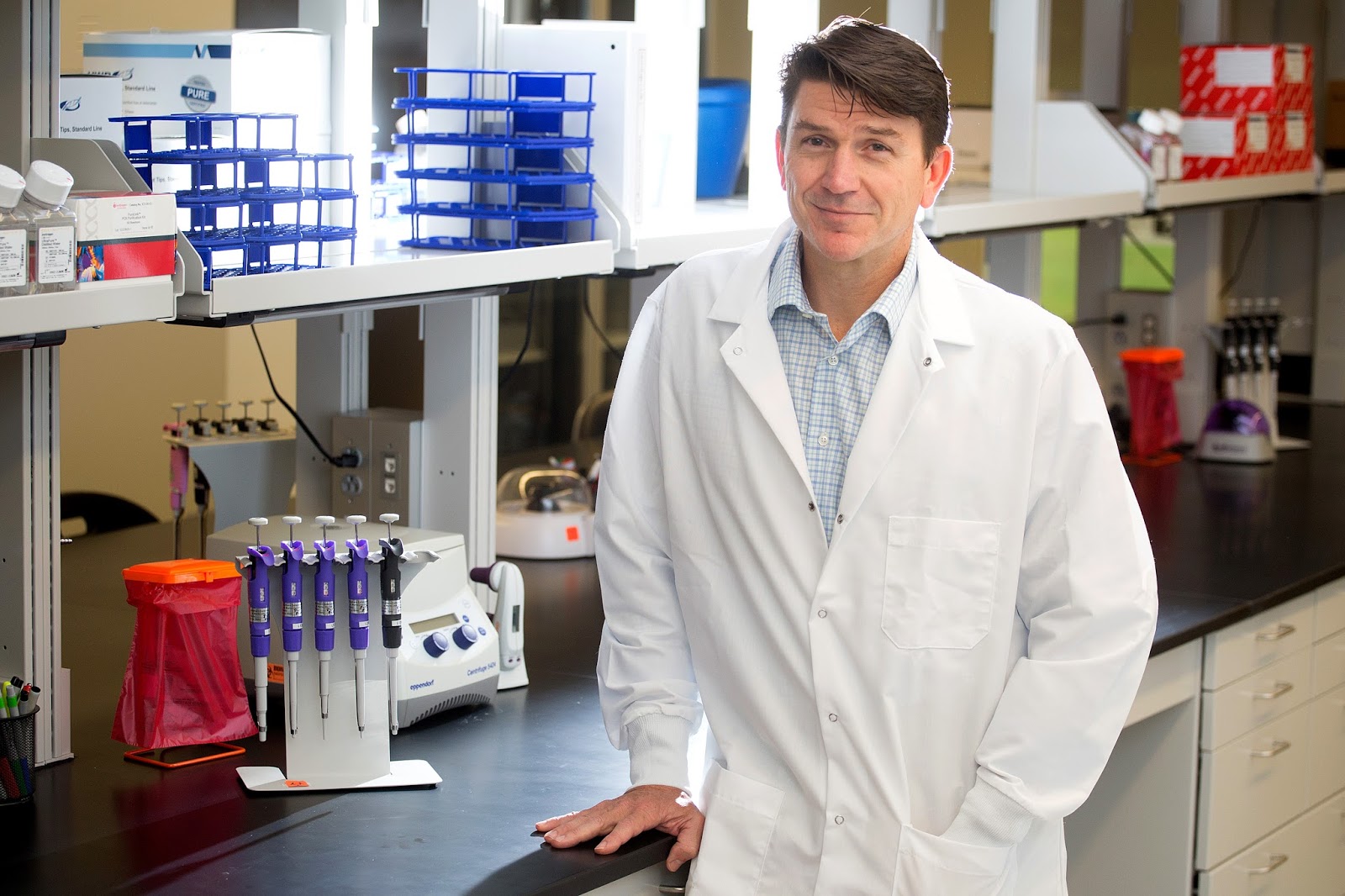 The next Distinguished Scientist Seminar at the University of South Alabama College of Medicine will feature Dr. Jonathan Rayner, associate professor of microbiology and immunology and director of the Laboratory of Infectious Diseases at the USA College of Medicine.

The lecture, titled “Drug Development and the Need for Good Laboratory Practice as Defined by the Food and Drug Administration,” will take place Dec. 7, 2017, at 4 p.m. in the first floor auditorium of the Medical Sciences Building on USA's main campus.

Dr. Rayner earned his Ph.D. in microbiology at Colorado State University in 1998 as part of the Arthropod-borne and Infectious Diseases Laboratory where he studied the factors influencing vector-competence for yellow fever virus and dengue viruses. He then completed two post-doctoral research programs with the American Society for Microbiology/National Centers for Infectious Diseases at the Centers for Disease Control and Prevention (CDC), Division of Arthropod-borne Infectious Diseases where he studied the role of non-structural protein mutations on attenuation of dengue virus.

Learn more about Dr. Rayner here.
Posted by Med School Watercooler at 10:54 AM No comments:

According to Sridhar, Donor to Diner (D2D) is the first and only non-profit organization that solely devotes itself to combating collegiate hunger.

Sridhar started the organization at the University of Alabama at Birmingham while earning her undergraduate degree in 2013. She credits a conversation with one of her close friends for inspiring her to create a program that not only increases awareness about food insecurity among college students, but also provides resources to help those experiencing collegiate hunger during their time of need.

“One day, a friend discreetly asked me if I’d mind paying for her lunch with an extra meal from my meal plan,” Sridhar said. “Once we got our food and started talking, our conversation made me wonder if other students shared her same experiences.”

According to Sridhar, a survey conducted by USA’s Student Government Association in 2016 showed 57 percent of USA students have experienced food insecurity at some point during their college career. “Although this number is high, we are by no means an outlier and are still within the national range, which is shocking,” she said. “When I matriculated to the USA College of Medicine last year, I learned that there wasn’t an on-campus food pantry available to students. I connected with Dr. Michael Mitchell, vice president of student affairs and dean of students at USA, to establish additional resources.”

The new food pantry, located on USA’s main campus, is available to provide short-term relief for any USA student who does not have sufficient funds to purchase food or can only afford inexpensive but unhealthy meals. “We chose a location in the center of campus that is convenient but still private,” she said. “The food pantry currently accepts non-perishable food items donated from both individuals and organizations.”

Sridhar said Dr. Mitchell, who also serves as the faculty sponsor of USA’s D2D Chapter, has been instrumental in the development of the on-campus food pantry. In October, Sridhar and Dr. Mitchell attended the #RealCollege National Conference for Hunger in Philadelphia, where they spoke about collegiate hunger.

"Altruism is one of those characteristics that we look for when we accept students into the USA College of Medicine, and Sippy Sridhar exemplifies this value in the passion and persistence that she has shown in getting the food pantry project started,” Dr. LeDoux said.

Sridhar said it is especially important for medical students to participate community service activities. “We should all do what we can to improve the lives of those around us,” she said. “Food insecurity impacts the health of patients and determines the feasibility of certain treatment options.

Understanding their circumstances now will help me to better serve patients with similar experiences in the future.”

Sridhar said although food insecurity can happen to anyone and is not something to be ashamed of, all correspondences to the pantry are confidential. “We like to maintain confidentiality to protect students’ privacy,” she said. “This sentiment is similar to how a patient’s privacy is protected in a clinical setting. Patients aren’t necessarily embarrassed of their diagnosis or illness and may freely share that information with others, but it is not the place of the medical provider to disseminate patient information.”

Click here for more information on D2D and here for the D2D Facebook page.
Posted by Med School Watercooler at 9:52 AM No comments:

According to Dr. Barrington, the USA College of Medicine Intramural Grants Program provides an outstanding mechanism to support cutting-edge research in a new era where federal funding is more limited. “This generous support provided will allow investigators to expand and strengthen preliminary experimental data to build more competitive extramural proposals,” he said.

“My laboratory has discovered the first model for autoimmune pulmonary alveolar proteinosis (ApAP), a disease caused by antibodies to a cytokine called GM-CSF,” he said. “Our preliminary studies suggest that GM-CSF-specific antibodies produced in individuals with and without disease differ, and these key differences may explain the disease state. We hope to identify new therapeutic strategies aimed at helping the 100,000-200,000 individuals in the United States who are diagnosed with this deadly disease.”

Dr. Cioffi also received the award to continue her research, which may offer pharmacological benefits against some inflammatory conditions.

Dr. Cioffi said the support this program offers will ultimately lead to increased extramural funding, which will benefit the USA College of Medicine financially and help gain both national and international recognition.

According to Dr. LeClaire, another recipient of the Intramural Grants Research Award, his lab will use the research funds to discover new pharmaceuticals to treat fungal infections.

His project, “Actin-associated Proteins of the Aspergillus Cytoskeleton,” examines the cell structures inside fungi. “Currently, there are very few drugs available for fighting fungal infections in patients and new resistant strains of fungi are emerging that cannot be treated,” he said.

“Patients in intensive care units are at a high risk for long-term health threats including cognitive impairment,” Dr. Lin said. “The correlation was only recently revealed after large-scale follow-up cognitive assessments on intensive patient survivors once discharged from the hospital were conducted. There are testimonials, reviews and calls-to-action on many critical care websites and in journal issues over the last two to three years on this public health crisis.”

According to Dr. Lin, his study aims to gain insight on this phenomenon that remains unclear. “The causative mechanisms that lead to abrupt cognitive impairment are not attributable to age, gender, relative brain hypoxia, anesthetics or sedatives,” he said. “My proposed study offers a mechanism that may explain cognitive dysfunction in patients suffering from hospital-acquired pneumonia.”

Dr. Taylor said the funds provided by the intramural grants program will allow him to further study vibrio induced sepsis, a fatal bacterial infection commonly seen among the Gulf Coast.

“Consumption of raw seafood or exposure of an open wound to contaminated water can result in a fatal bacterial infection,” he said. “This is a real threat in our region and such infections are often lethal due to rapid progression to septic shock, a condition in which the blood-borne infection essential shuts down the cardiovascular system.”

According to Dr. Taylor the goal of his project is to identify the induced toxic factor and characterize its specific effects on the endothelial cells, which may reveal new targets for therapy against Vibrio-induced sepsis.

Dr. Taylor said he is excited to be one of the first recipients to receive funding from this new program. “As external funding becomes increasingly scarce, the Intramural Grants Program provides a crucial mechanism to support novel research initiatives and allow exciting new biomedical research questions to move from the chalkboard to the lab, and eventually to the bedside,” he said. 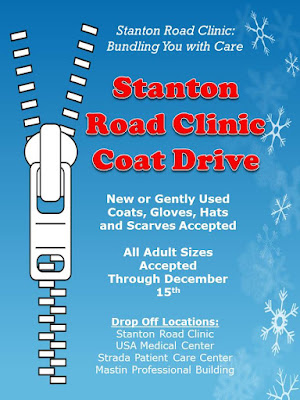 The University of South Alabama Stanton Road Clinic is hosting a coat drive through Dec. 15. New or gently used coats, gloves, hats and scarves are being accepted.

“The staff and management of Stanton Road Clinic wants to be more than just a clinic," Shropshire said. "We want to serve as a medical home to meet all of our patients' needs. If we can't meet their needs within the walls of the clinic, then we will utilize community resources to help.”
Items may be dropped off at the Stanton Road Clinic, the nursing administration office at USA Medical Center, the second-floor break room at the Strada Patient Care Center or the Mastin Professional Building, Suite 102.

The Stanton Road Clinic will be hosting a health fair in early 2018 that will also provide community members with coats.
Posted by Med School Watercooler at 3:58 PM No comments: 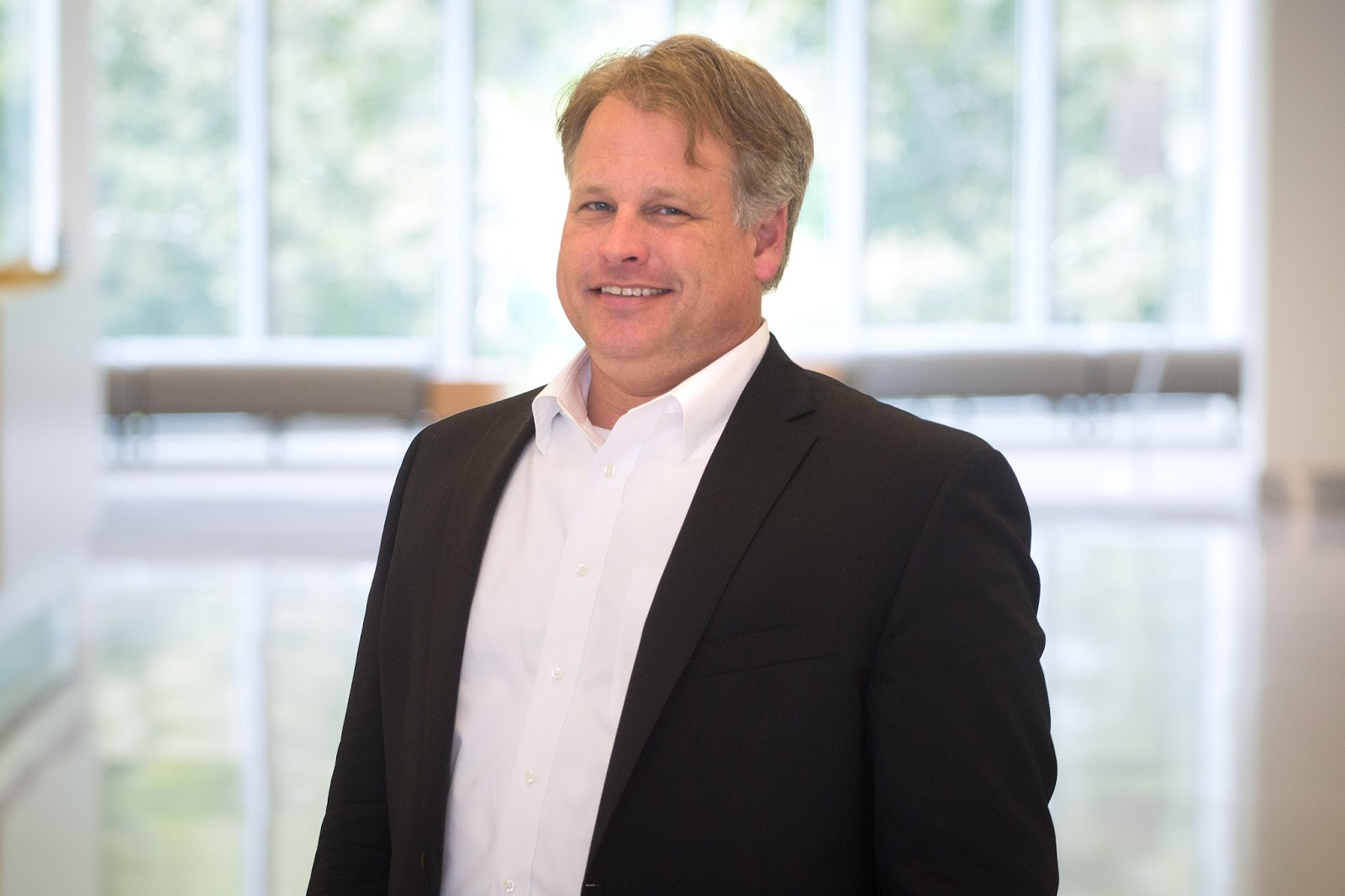 In his position, Benson provides day-to-day leadership in orthopaedics as he leads efforts that include working with the latest health care technology to better optimize communication and efficiency in the department. He said he looks forward to getting to know each staff member personally and assisting the efforts of Dr. Richard Marks, chair of orthopaedics.

“I am excited about being a part of a health system that provides life-changing services to our community. I look forward to growing as I learn from those around me, and I look forward to being a productive member of our talented work force,” Benson said.

Benson has 10 years of experience working in an academic setting at Children's of Alabama and the University of Alabama at Birmingham in Birmingham, Ala. Through his experience, he has learned the importance of maintaining a balance of excellent patient care, educating future physicians, engaging and supporting employees and being fiscally responsible.