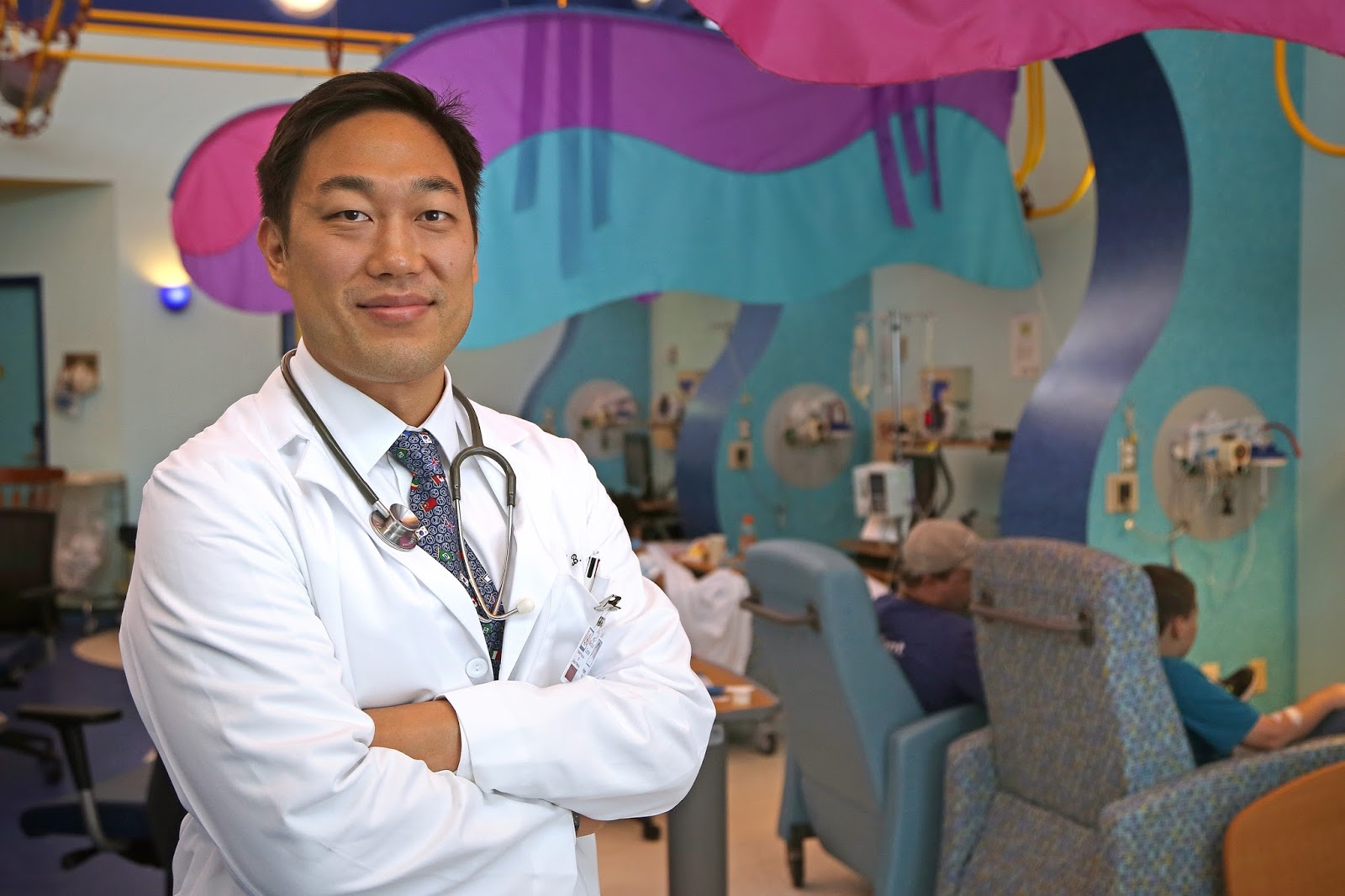 Peter Soh, a rising fourth-year medical student at the University of South Alabama, is competing in the 2016 American Medical Association (AMA) Healthier Nation Innovation Challenge. The challenge supports physician-led innovation by empowering physicians, residents and medical students to bring their ideas to practice.

Applicant teams submit an idea, product or solution to answer an AMA Healthier Nation Challenge question that represents a significant innovation to the practice of 21st century medicine.

Soh and his teammate Dr. Safina Hafeez, who earned her medical degree from Odessa State Medical University in Odessa, Ukraine, designed a mobile application for patients to securely send a picture of skin lesions or other pertinent clinical data to their primary care physician. The deadline for votes is Friday, May 20, 2016, at 11:59 p.m. Eastern Time.

The challenge provides more than $50,000 in grants to the top three teams. In addition to grants, winners of the challenge receive access to contributing businesses and innovators. The top five teams will be invited to the AMA Healthier Nation Innovation Challenge event in Chicago to present their ideas to a live audience and panel of judges. The finalist of the challenge will be decided on June 11, 2016.

To vote for Soh and his team, follow the instructions listed below.
1. Go to www.innovatewithama.com/project/detail/83.
2. Login or register to the site.
3. To vote for Peter’s project, click on the "Like" button.
Posted by Med School Watercooler at 1:28 PM No comments:

During medical school, it’s often difficult but necessary for students to take a break from the rigorous work load. Several USA medical students do that by volunteering with Buddy Ball, a local cause that provides athletic activities for mentally and physically disabled youth. Not only does Buddy Ball provide students with time away from medical school and its challenges, but it also gives them an opportunity to impact others – and learn from them at the same time.

“Buddy Ball gives us a closer look into some of the struggles and triumphs of children with special needs, serving to make us more competent and understanding physicians,” said Olivia Butters, who graduated from the USA College of Medicine earlier this month. “It’s a wonderful break from studying and a way to enjoy outside time with my classmates and these precious children.”

Several medical students from each class volunteer with their Buddy Ball team, the Braves. Teams are arranged according to abilities, rather than age, and have a “buddy” for each player. The buddies assist the players on the baseball field, but encourage them to do as much as possible on their own.

Alex Kesler, head coach of the Braves and a rising fourth-year medical student at USA, said volunteering with Buddy Ball energizes the medical students and shows them the joy of helping others accomplish a task that some take for granted. “It also reminds us that we won’t be stuck studying in a library forever,” he said. “One day we will be working to help patients.”

This year, Kesler’s team has 15 players, playing four different teams in the Challenger Division league each week. “Each player has a blast playing and loves the opportunity to bat and show off their speed,” Kesler said. “Hitting is by far the favorite part for most players.”

During any given game, players are seen rooting for their team as well as members of the opposing team. Kesler said creating a supportive environment and displaying good sportsmanship is key.

Ultimately, Kesler’s involvement with Buddy Ball influenced his career choice in the medical field, and he hopes to continue working with special needs children throughout his career.

Butters, who is pursuing a career in pediatrics, said her love for children inspired her to become involved in Buddy Ball during her first year of medical school. She has volunteered with the team every year since. “One thing I have learned is not to underestimate the ability of a child with special needs,” she said. “Most of the team is made up of the same players each season, and I have seen our players grow and improve their skills.”

Butters said the players and their families also benefit from the community of support that exists within the Buddy Ball family. It gives players the opportunity to have fun, form friendships and learn.

Proctor believes this experience will be beneficial for the medical students in the future. “Over the years, I have seen the medical students’ compassion for the players,” Proctor said. “Medical conditions vary and often do not conform to exact textbook scenarios, so each Buddy Ball player has to be approached in a unique way in order for communication to be effective and beneficial. In dealing with children and young adults with a very wide range of disabilities, the medical students may better understand that each one of their patients is a unique individual and should be treated as such.”

Although Challenger Division games do not keep score, both Butters and Kesler agree the Braves are winners. “With practice, our players’ skills have improved to the point where many of them require little to no assistance,” Butters said. “If you spend just a few minutes on the field with our team, you will find that our players know the game of baseball.”

As part of this year's Autism Grand Rounds, Scott Parks, a special education teacher at Spanish Fort High School and the executive director of Project Outreach Gulf Coast, will present “Project Reach and Project Outreach:  The Effects a Changing School Culture has on Students with Autism.”

The meeting is designed to provide a forum for discussion of research and service provision within the University community related to autism spectrum disorders and developmental disabilities. The event is open to faculty, staff and students at USA.

For additional information, contact Amy Mitchell at 251-415-8643 or e-mail abmitchell@usouthal.edu.
Posted by Med School Watercooler at 10:44 AM No comments: 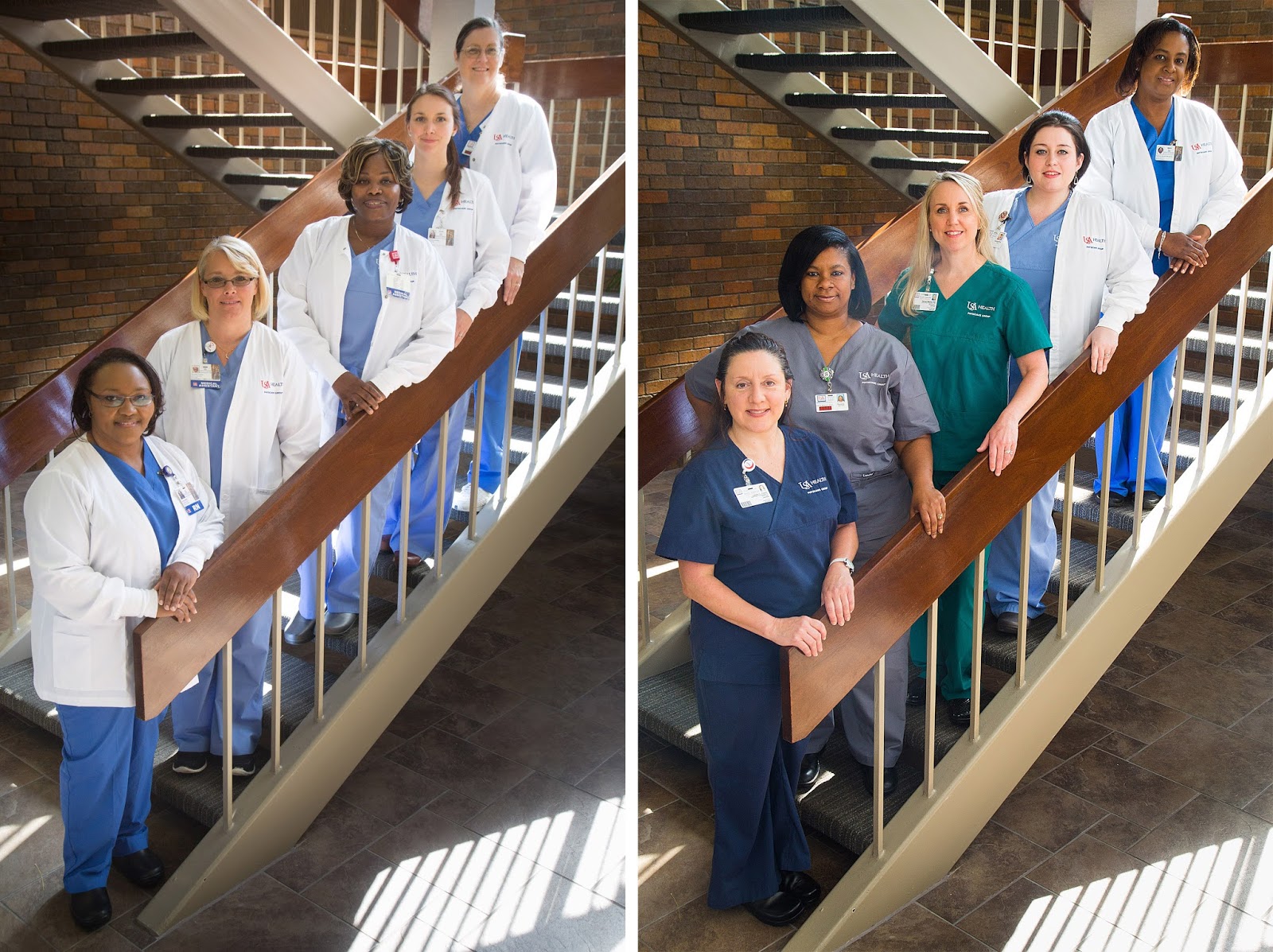 The ambulatory services division of University of South Alabama Health updated its dress code and uniform policy to focus on maintaining a professional image in both appearance and conduct.

The committee reviewed similar policies at other hospitals and teaching health systems, including the recently revised policy at USA Medical Center. Kellen, who serves as chair of the committee, said the draft was reviewed by Human Resources and their legal department before it was shared with ambulatory clinical operations managers to begin implementation. The new policy will take affect by July 2016, allowing time for employees to purchase new scrubs.

“Professional and standardized dress, personal grooming and overall appearance is important to maintaining a professional environment in accordance with our mission,” Kellen said. “By adhering to this policy, we help provide assurance to our patients and their families that they have made the right choice by entrusting us with their care.”

Simple changes such as the placement of name tags are among the dress code and uniform policy update. “By wearing our name tags and badge buddies above the waist or on the neck area at all times while on duty, we will be assisting our patients and their families in identifying not only the name of their health caregiver, but also what role that team member plays on the USA Health team,” Kellen said.

Kellen said that most employees have had a positive reaction to the new policy. “But like with any significant change, there are some who have had some concerns,” Kellen added. “We hope to alleviate most of their concerns and make the purchase of new scrubs and acceptance of the new standards as easily palatable as possible.”

Employees can purchase uniforms at Uniforms by Bayou, located at 4677 Airport Blvd.
Posted by Med School Watercooler at 1:15 PM No comments: