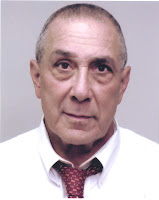 Dr. Steven K. Teplick died unexpectedly at his home on Dec. 8, 2009. He was 68. Dr. Teplick was professor and chair of radiology at the University of South Alabama, a position he had held since 1995. He also served as a faculty member in the USA College of Allied Health.

During his tenure at USA, Dr. Teplick oversaw the development of the USA Teleradiology Program, the university’s conversion from film to digital radiologic imaging, the implementation of PET-CT, digital mammography, and many other advances in diagnostic imaging.

"Dr. Teplick was a highly-respected academic physician who dedicated himself to the training of medical students, resident physicians and radiologists," said Dr. Samuel J. Strada, dean of the USA College of Medicine. "He leaves us with the legacy of scores of students and faculty he trained and mentored during a career spanning almost four decades."

Dr. Teplick served in the USA Faculty Senate and the USA College of Medicine Faculty Assembly, serving as president from 1998 to 1999. He was a member of the USA Health Services Foundation Board, where he had served as board president for the past 10 years.

Prior to his appointment at USA, Dr. Teplick was professor and vice chair of the department of radiology at the University of Arkansas for Medical Sciences in Little Rock, Ark. While in Little Rock, he held many leadership positions including acting chair from 1992 to 1993, the director of radiology residency training and chief of radiology at the Veterans Hospital. During his career, he also held faculty and leadership positions at medical schools affiliated with Hahnemann University and Boston University.

In addition, Dr. Teplick served on the editorial boards and as a reviewer for many professional medical journals, including Radiology, Radiographics, the American Journal of Radiology, Digestive Diseases and Sciences, the Journal of Interventional Radiology. Dr. Teplick was a founding member of the International Society of Biliary Radiology.

Dr. Teplick received his Bachelor of Arts degree in 1963 from the University of Vermont in Burlington, Vt. He earned his medical degree from Hahnemann Medical College and Hospital in 1967. He completed an internship at Maimonides Medical Center in Brooklyn, N.Y., and in 1971 completed his radiology residency at Boston City Hospital affiliated with Boston University in Boston. Dr. Teplick completed a neuroradiology fellowship, also at Boston City Hospital in 1972.

From 1972 to 1977, he served as chief of gastrointestinal radiology at the Tripler Army Medical Center in Honolulu.

In lieu of flowers, the family has asked that contributions be made to the Steven Karl Teplick M.D. FACR Memorial Award Fund, a fund established to assist medical students who choose to specialize in radiology and are committed to life-long learning as exemplified by Dr. Steven Teplick. Memorial donations can be mailed to: USA Office of Development, 307 N. University Blvd., TRP III Suite 2150, Mobile, AL 36688.
Posted by Med School Watercooler at 2:55 PM 2 comments: