Patients at the University of South Alabama Children's & Women's Hospital moved into a new, 195,000-square-foot pediatric tower on Wednesday, Jan. 8.

Posted by Med School Watercooler at 2:13 PM No comments: 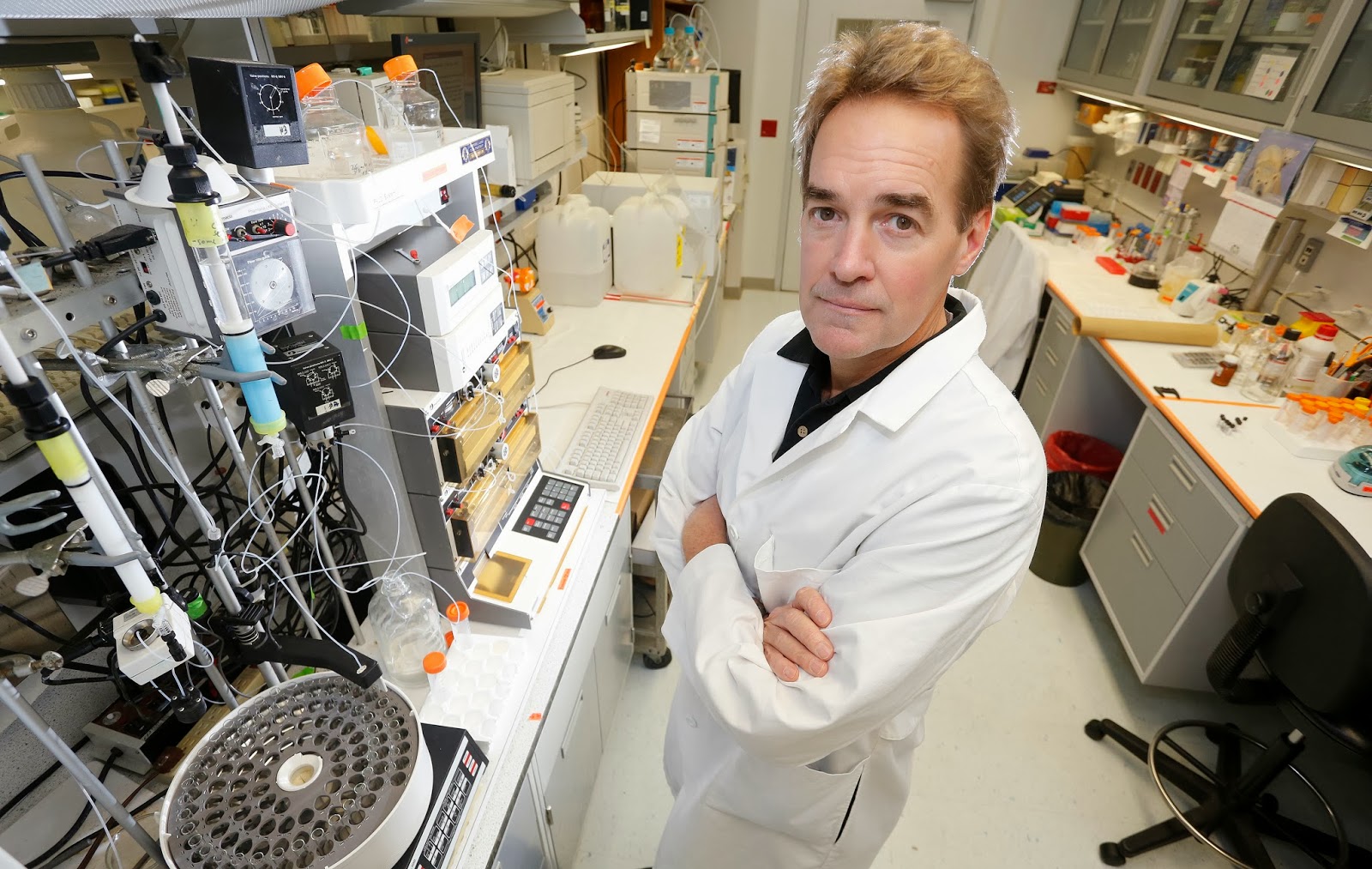 In 2011, Dr. Richard Honkanen, professor of biochemistry at the University of South Alabama College of Medicine, was awarded a five-year Transformative Research Project Award by the National Institutes of Health (NIH) that totaled $ 1,695,625. He was one of 11 researchers across the United States to receive the highly competitive award.

As a result of Dr. Honkanen’s project abstract, he was recently invited by Dr. Francis Collins, director of NIH, to give an oral presentation at the 2013 High-Risk High-Return (HRHR) Research Symposium.

The HRHR Research Symposium was held in Bethesda, Md., where all guests were the recipients of NIH High-Risk High-Reward grants. “Due to the highly competitive nature of getting the awards, having my project chosen for an oral presentation was indeed flattering,” said Dr. Honkanen.

“Most speakers were from high-profile universities, such as Harvard, Stanford, MIT, and Johns Hopkins,” he added, “Needless to say, I was extremely proud to represent USA as a speaker at the symposium.”

The Transformative Research Project Award has been given to some of the nation’s most accomplished scientists, including Dr. Thomas C. Sudhof, one of three recipients of the 2013 Nobel Prize in Physiology or Medicine. These awards are very limited in number and represent the most competitive awards across all disciplines of the National Institutes of Health.

In this research project, Dr. Honkanen is developing methods to safely engineer human immune cells, adapting a strategy used by bacteria to allow macrophages, or natural defense cells, to metabolize cholesterol. “In humans the inability of macrophages to break down cholesterol represents a critical early event in the maladaptive immune response that leads to the onset and progression of atherosclerosis,” said Dr. Honkanen.

The grant has helped to fund Dr. Honkanen’s research project that could potentially change the way physicians treat high cholesterol in the future.
Posted by Med School Watercooler at 8:57 AM No comments: 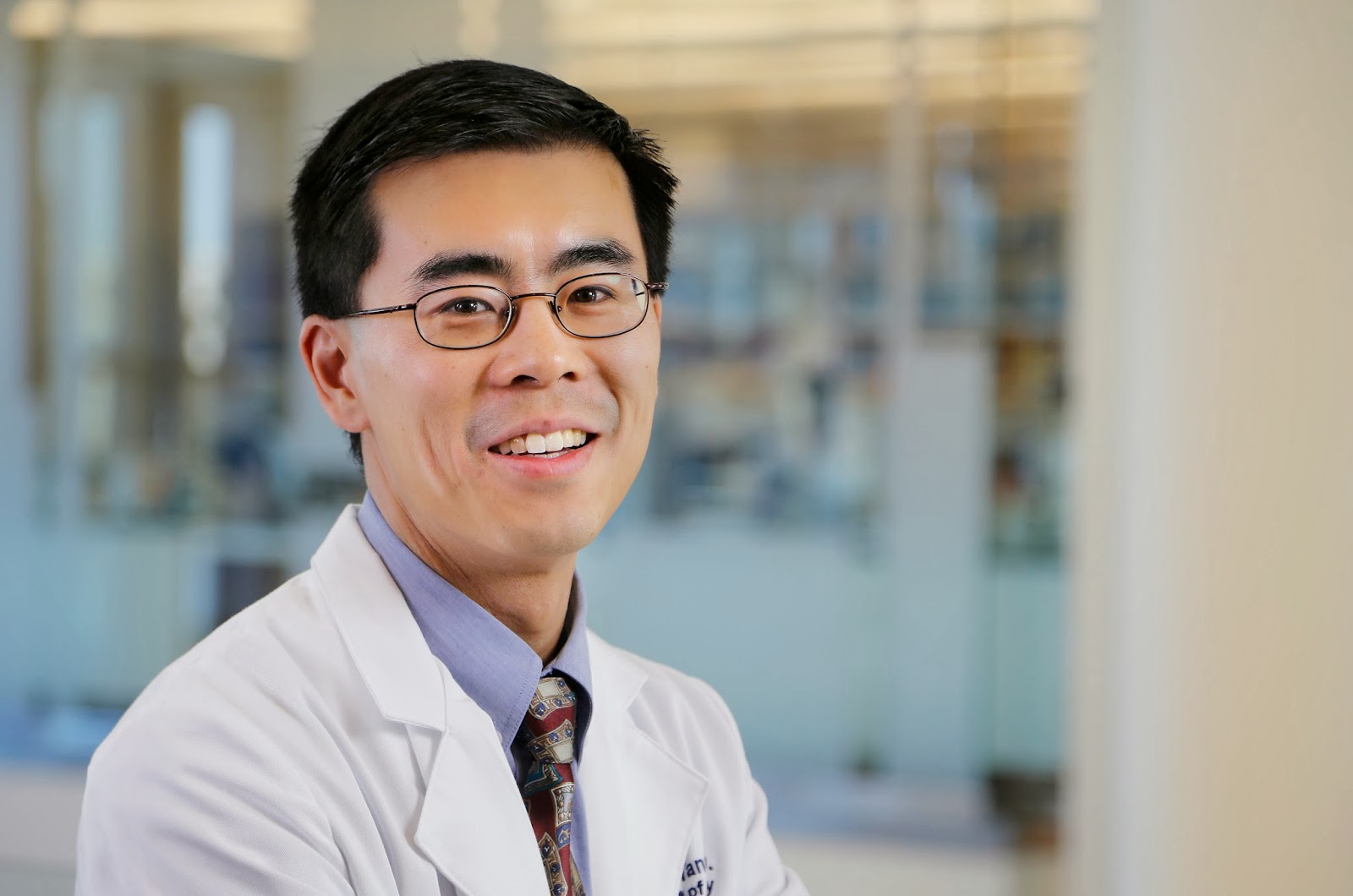 The January Med School Café lecture will feature Dr. Marcus Tan, assistant professor of surgery at the University of South Alabama College of Medicine and a surgical oncologist at the USA Mitchell Cancer Institute.

His lecture, titled “Surgery for Cancer: Myths and Modern Approaches,” will take place Jan. 24, 2014, at the USA Faculty Club on USA’s main campus. Lunch will be served at 11:30 a.m., and the presentation begins at noon.

During the talk, Dr. Tan will discuss common misconceptions about the surgical treatment of cancers and will include information on modern imaging and surgical methods of staging patients.

Dr. Tan earned his medical degree at the University of New South Wales in Sydney, Australia. He was a general surgery resident at Barnes-Jewish Hospital at Washington University in St. Louis, Mo., serving as chief resident in 2010-11. From 2011-2013, Dr. Tan served as a surgical oncology fellow at Memorial Sloan-Kettering Cancer Center in New York. During this time, he developed expertise in the management of upper abdominal cancers, melanoma and sarcoma. In 2012, he was the David and Monica Gorin Sarcoma Fellow, recognized for advancing the care of patients with sarcoma through research and clinical excellence.

The University of South Alabama College of Medicine’s Division of Medical Education and Student Affairs is hosting a student advising workshop on Jan. 10, 2014, from 9 a.m. to noon at the USA Medical Center Conference Center.

The workshop will include small group activities that focus on career planning in medical schools and advising students on their specialty choice. Participants will have the opportunity to discuss case studies of advising scenarios as well as provide feedback to each other on common student dilemmas.

The workshop is open to the public but geared toward College of Medicine faculty and staff involved in advising medical students.

Posted by Med School Watercooler at 10:48 AM No comments: