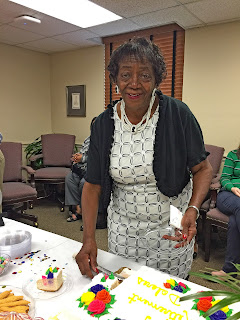 Dolores Archie, accounting supervisor for USA Health, recently retired after 30 years of service to the University of South Alabama.

Archie joined USA as a secretary in the Health Services Foundation. Shortly after, she moved into an accounting role where she worked as a clerk, an accountant and accounting supervisor.

John Pannelli, Assistant Vice President for Financial Services and Network Development at USA Health, said Dolores has been a tremendous asset to the organization through the years. "She always demonstrated a strong commitment to USA, and she put extra effort into being not just a coworker, but also a friend to everyone in the department," Pannelli said. "She will be missed, but we wish her well in her retirement."

Posted by Med School Watercooler at 9:56 AM No comments:

Dr. T.J. Hundley, assistant dean for medical education and student affairs and associate professor of internal medicine at the University of South Alabama College of Medicine, will present “From Sisyphus to the Phoenix: Burn Out and Resiliency in Physicians” at the September neurology grand rounds.

The talk will take place Tuesday, Sept. 6, 2016, at 8 a.m. in the USA Medical Center 2nd floor conference center. The lecture will focus on the impact burnout has on both trainees and physicians.

Dr. Hundley earned both his bachelor of science degree in biomedical sciences and his medical degree from USA. He completed his residency training in internal medicine at USA, where he also served as chief resident.

The event is open to faculty, staff and students at USA.
Posted by Med School Watercooler at 8:25 AM No comments: 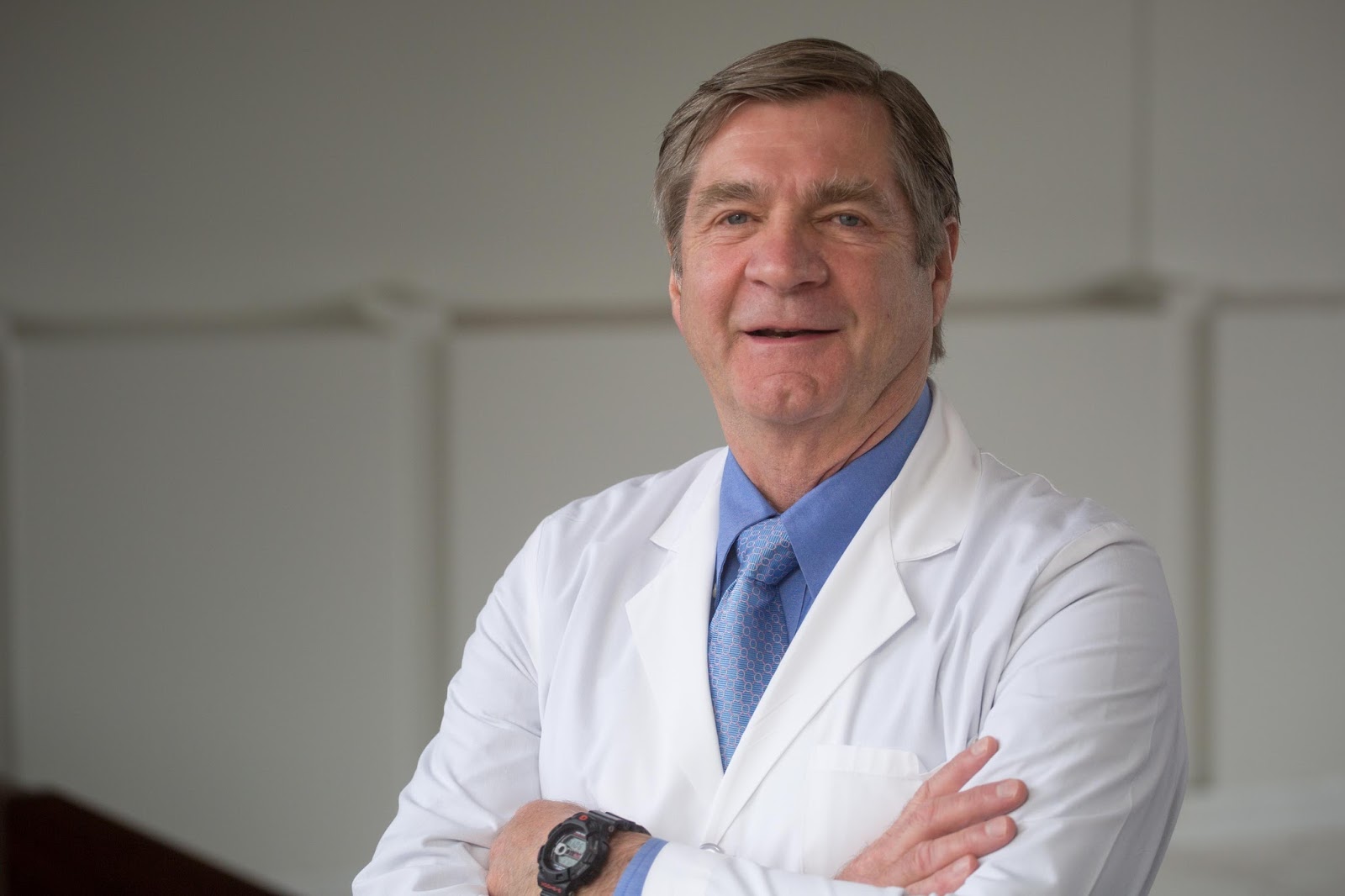 He earned his bachelor of science degree in chemistry from Auburn University and his medical degree from USA. He completed postgraduate training in surgery at USA Medical Center.

The award is named in memory of Edwin R. Hughes, who served as director of the Basic Medical Sciences Graduate Program at the USA College of Medicine from its inception in 1978 until 1990. The award recognizes the student with the best performance in the curriculum.

Halder is completing her graduate studies under the direction of Dr. Donna Cioffi, associate professor of biochemistry and molecular biology at USA. 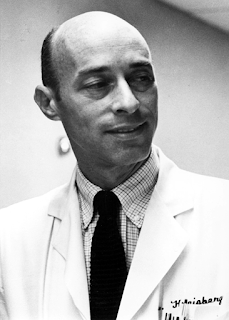 Dr. Robert A. Kreisberg, former chair of the department of internal medicine, former dean and vice president for medical affairs at the University of South Alabama College of Medicine, passed away on Aug. 21, 2016.

Dr. Kreisberg was born in 1934 in New York City. He received his undergraduate and medical degrees from Northwestern University in Chicago. He completed his internship in Northwestern’s health system, where he also completed his residency training in internal medicine. He then completed a two-year fellowship in endocrinology at Harvard Medical School in Boston.

Prior to his first appointment at USA, Dr. Kreisberg was a faculty member at the University of Alabama at Birmingham (UAB) where he held many key positions including director of the division of medical education for the UAB department of internal medicine, professor of medicine and director of the Clinical Research Center.

Dr. Kreisberg had a long history as an important leader in the USA College of Medicine and USA Health. In 1973, as the USA College of Medicine was beginning its operation, Dr. Kreisberg joined the faculty as professor and founding chair of internal medicine, a position he held until 1987. From 1976 to 1980, he chaired internal medicine while also serving as dean of the medical school during an early reorganization of the college’s administrative structure.

“The appointment of Dr. Kreisberg brought great prominence to our school as he was considered a star in internal medicine and especially in the field of endocrinology,” said Dr. Samuel J. Strada, former dean of the USA College of Medicine. “He was also successful in recruiting a group of outstanding young faculty members who, together, helped shape the school and its educational programs for medical students and residents that has remained a strength of our college for over four decades.”

In 1987, Dr. Kreisberg returned to the University of Alabama at Birmingham where he served as professor and vice chairman of internal medicine until 1994, when he became director of the internal medicine residency program at Baptist Health Systems in Birmingham.

In 1999, Kreisberg returned to USA as associate vice president for clinical affairs, chief of staff for the USA Hospitals and chief executive officer for the Health Services Foundation. In 2000, he began his second stint as dean and vice president for medical affairs following the death of his friend, Dr. Charles M. Baugh. After retiring in 2006, he was appointed professor emeritus of internal medicine in honor of his many contributions to USA, the medical profession and the field of internal medicine.

Dr. Kreisberg was known as a gifted teacher, caring physician, committed mentor and nationally respected researcher and scholar in endocrinology. He was the recipient of numerous teaching awards including Best Clinical Instructor, Best Clinical Faculty Teacher, Best Clinical Senior Elective, an Excellence in Clinical Teaching Lifetime Award and the USA Medical Alumni Association Distinguished Service Award. He also received a Distinguished Teacher Award from the American College of Physicians and the Distinguished Physician Award from The Endocrine Society.

In lieu of flowers, donations should be made to the Robert A. Kreisberg College of Medicine Endowment Fund, University of South Alabama Development Office, 300 Alumni Circle, Mobile Ala. 36688.
Posted by Med School Watercooler at 12:49 PM No comments: