"In a Way, My Leukemia Has Been a Blessing" 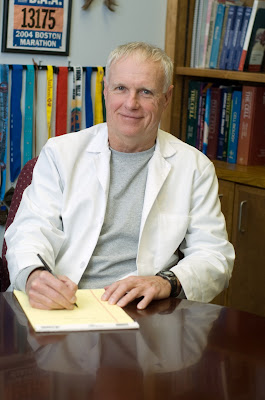 For decades Dr. Phillip Fields has inspired young medical students and scientists alike with his knowledge of human anatomy. Following his diagnosis with leukemia, he continues to inspire, not only in the gross lab, but at marathon races across the United States.

Dr. Fields, who is an associate professor of cell biology and neuroscience at the University of South Alabama College of Medicine, teaches the first course students take in medical school – human anatomy.

As a life-long runner, Dr. Fields has typically run two to three marathons a year. It was during training for the 2008 Boston Marathon that he noticed a change in his stamina. “I realized something was wrong with my body,” Dr. Fields said. “I could not complete three miles without walking.”

After six months of cardiovascular, respiratory and GI exams, his doctors did not know the cause of his fatigue. Then, at a yearly checkup, his physician discovered enlarged lymph nodes and a high white blood count. He was referred to the USA Mitchell Cancer Institute, where it was confirmed that Dr. Fields had chronic lymphocytic leukemia (CLL).

“As a scientist, the cancer diagnosis was somewhat disconcerting,” Dr. Fields said. “I realize my leukemia will not be cured, but my goal is to put the cancer into remission.”

Dr. Fields said he uses running and training as a way of coping with his illness. “The first question I asked my doctor after being diagnosed was, ‘Can I continue to run?’” he said. “My goal is to challenge myself by running a marathon once a month.”

After his diagnosis, Dr. Fields began training his body to run with the fatigue. He hopes to run a marathon in every state, incorporating visits to national parks along the way. The January 2011 Houston marathon was his 29th state within 24 months. “Life is good, and running has been my chemo,” he said.

Dr. Fields, who started chemotherapy treatments this month, said he is sharing his story to raise awareness and to help others who have been impacted by cancer. “In a way, my leukemia has been a blessing,” he said. “I’ve had a blast going state to state and seeing our great country while doing what I enjoy – running marathons. I would have never done this without leukemia.”

For the complete story and photos of places traveled, visit http://www.marathonwithleukemia.org/MYSTORY.html
Posted by Med School Watercooler at 2:43 PM 1 comment: 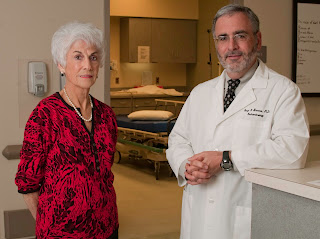 Dr. Jorge Herrera, professor of internal medicine at USA, formed the support group in 1998 in an effort to provide accurate, up-to-date information to patients as well as to establish a forum for peer support.

According to Dr. Herrera, liver disease is prevalent in the United States. Because liver disease often remains without symptoms for years, most do not know they have a liver problem until it is too late.

Dr. Herrera, along with Betty Sims, coordinates the group’s meetings and activities.

Sims had a liver transplant in March 1995. “When the group was formed three years later, I knew it would be a great opportunity for me to learn more about my condition,” she said. “I’ve been involved ever since.”

The support group, which meets once every other month, provides a forum for adult patients with liver disease to learn more about their condition. The educational programs cover medical, social and nutritional topics. “We ask the members what they would like to hear,” Sims said. “In general, we talk about what disease can do to the liver, as well as the treatment options available.”

Sims said it is important to raise awareness for liver diseases. “When I was first diagnosed, I was really ignorant to what was going on,” she said. “This group helps people become aware of what they are facing, and it gives them the opportunity to learn from people who have been through it. It’s really a huge encouragement.”

The Gulf Coast Liver Support Group is the only physician-led liver support group in the region and state. One of the primary diagnoses of patients in the group is viral hepatitis.

The group meets every other month at the Infirmary West Hospital Conference Center. Activities are also planned for the months when a meeting is not held.

“On the month we don’t have a meeting, we go out to eat as a group,” Sims said. “It’s a great way to stay connected with people and to continue to share experiences with each other.”

Support group members are notified about new developments in liver health through frequent updates using Facebook. The support group’s website provides patient education information, as well as access to the group’s bimonthly newsletter and information about upcoming meetings and activities.


The next meeting for the Gulf Coast Liver Support Group is scheduled for March 17, 2011, at 7 p.m. Participation in the support group is free of charge. For more information, call (251) 660-5555 or visit www.gulfcoastliversupport.com. You can also follow the support group on Facebook by searching “Gulf Coast Liver Support Group.”
Posted by Med School Watercooler at 2:43 PM No comments: 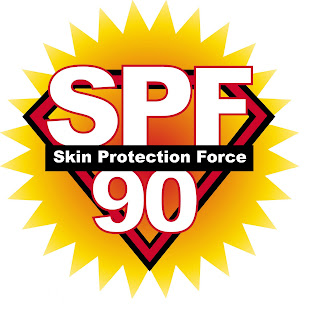 The University of South Alabama’s SPF 90 Team will provide skin cancer screenings at this year’s Azalea Trail Run Health and Fitness Expo on March 26, 2011, from 6 a.m. to 2 p.m. at the Mobile Civic Center Arena in Mobile, Ala.

Members of the SPF 90 Team include Dr. Carlo Contreras, assistant professor of surgery at USA; USA physicians with the department of surgery; and Mona Hagmaier, a physician assistant with a special interest in skin conditions.

“With Alabama’s skin cancer rate one of the highest in the country, it is important for everyone to understand the importance of both prevention and early diagnosis in fighting this disease,” said Dr. Contreras, who is also affiliated with the USA Mitchell Cancer Institute. “The SPF 90 Team will provide free skin cancer screenings and will provide information about how to reduce your risk of developing cancer.”

For more information on the Azalea Trail Run Health and Fitness Expo, visit www.pcpacers.org/atr.
Posted by Med School Watercooler at 2:42 PM No comments: 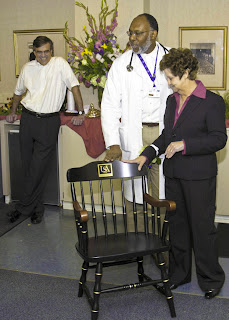 An endowment fund has been established to honor Pat Green, a residency program specialist at the University of South Alabama College of Medicine, who recently retired after more than 30 years of service to the university. The endowment announcement was made at Green's retirement reception on Feb. 24, 2011.
The Patricia Green Internal Medicine Residency Education Endowment will provide support to the residency program within the department of internal medicine at USA.
"Pat is an important part of the institution and someone clearly deserving of having her contributions be a part of the legacy of this department forever," said Dr. Errol Crook, professor and Abraham Mitchell Chair of  Internal Medicine at USA. "Pat's service is comparable to the founding faculty of our medical school, and she has been crucial in the educational experiences of a large number of physicians throughout our region."

"The endowment provides alumni and friends of the university an opportunity to honor Pat for all that she has done throughout her career," said Dr. Thomas Montgomery, professor of internal medicine and program director of the internal medicine residency program. "Her dedication and attention to detail is without equal, and honoring her in this way will ensure high quality educational experiences for our residents."

To give to the Patricia Green Internal Medicine Residency Education Endowment, include your contribution in the upcoming faculty/staff annual fund, or contact Tracy Coleman at (251) 460-6574.
To read more of Pat's story, click here.
Posted by Med School Watercooler at 2:42 PM No comments: