The University of South Alabama Student Health Center was recently granted a 3-year accreditation by the Accreditation Association for Ambulatory Health Care (AAAHC), joining an elite group of distinguished student health centers across the country.

The USA Student Health Center is the only AAAHC-accredited center in Southern Alabama and one of only two in our state. With this accreditation, USA joins a select group of 188 schools accredited by AAAHC in the United States.

Beverly Kellen, practice director for student health and family medicine at USA, said that achieving accreditation is an important milestone in the growth and success of the USA Student Health Center.

“Pursuing accreditation shows our commitment to providing the highest level of care to our patients,” she said. “We are proud to have received the full three-year accreditation status.  AAAHC accreditation demonstrates to students and their parents that our Student Health Center meets the highest standards of excellence.”

Ambulatory health care organizations seeking accreditation by AAAHC undergo an extensive self-assessment and on-site survey by AAAHC expert surveyors – physicians, nurses, and administrators who are actively involved in ambulatory health care. The survey is consultative and educational, presenting best practices to help an organization improve its care and services.

“The fact that our Student Health Center at the University of South Alabama has achieved this significant honor is due to the fact that the staff sought this goal as a team effort and without the commitment of everyone on the staff at our Student Health Center, we could never have been successful.  I am extremely proud of each and every one of them and their hard work.”

The USA Student Health Center staff serves more than 13,000 students campus-wide, with more than 12,000 patient encounters per year. In addition, the center has sports medicine services available for students and collaborates closely with the athletics department and all university athletes.

The USA Student Health Center is located on USA’s main campus at Research Park Building III, Suite 1200. For more information, call (251) 460-7151 or visit http://www.southalabama.edu/studenthealth/.
Posted by Med School Watercooler at 10:25 AM No comments: 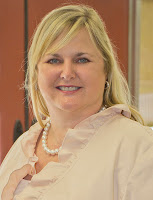 Dr. Sandra Parker, vice chair of psychiatry at the University of South Alabama and chief medical officer of AltaPointe Health Systems, was recently awarded the 2012 Bruno Lima Award for her work in coordinating care for victims of Hurricane Katrina and the BP oil spill.

The Bruno Lima Award winner is selected by the American Psychiatric Association to recognize outstanding contributions of members to the care and understanding of victims of disasters. Dr. Parker is the first recipient of this award from the Alabama District Branch.

“We knew of Dr. Parker’s dedication to the victims of not only Hurricane Katrina, but also to the victims of the BP oil spill,” Dr. Franks said. “How fitting that she would be acknowledged for her fine work and commitment to her patients. We couldn't be more proud.”

“Following the aftermath of Hurricane Katrina, AltaPointe was able to establish a best practices model of care for the prevention, identification and treatment of individuals suffering from psychological disorders secondary to a disaster,” Dr. Parker said. “We quickly implemented programs such as Project Rebound, which sent teams of therapists into schools and homes of those affected by the disaster.”

More recently, Dr. Parker led AltaPointe’s disaster response efforts after the BP Deepwater Horizon oil spill in April 2010. She played a lead role in bringing local leaders together to identify needs caused by the disaster and coordinate responses to provide access to psychiatric and medical care and other vital resources.

Dr. Parker said it is important that psychiatric leaders in the community guide the mental health response following a disaster.

“Addressing problems early can prevent the development of long-term and permanent negative consequences of a disaster,” she said. “Positive mental health makes our entire community a healthier and happier place to live.”

Dr. Parker practiced private psychiatry for two years before returning to community psychiatry. She began working at Mobile Mental Health Center in 1993. In 1999, she became medical director for the organization.

With Dr. Parker’s guidance, AltaPointe physicians were able to work with the USA College of Medicine to begin leading the 3rd year clerkship in psychiatry for medical students.

In 2007, Dr Parker was named vice chair of psychiatry at the USA College of Medicine. Dr. Parker now has 14 full-time psychiatric faculty members who teach medical students and residents as well as provide psychiatric care for the seriously mentally ill in the community. The residency has also grown from accepting three residents a year to four per year.

For more information on disaster psychiatry and the Bruno Lima Award, click here.
Posted by Med School Watercooler at 10:25 AM No comments: 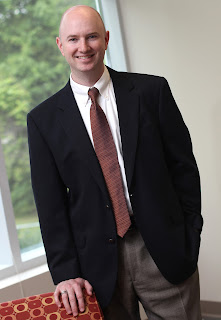 “I felt honored to be appointed to this position,” said Dr. Roach, a graduate of the USA College of Medicine and the pathology residency training program at USA.

Dr. Roach is responsible for the development of the state-wide Health Information Exchange system called One Health Record. He ensures that One Health Record is coordinated with state Medicaid Health Information Technology plans. He is also responsible for the Medicaid Meaningful Use Incentive Payment program and works to promote the adoption of electronic health record systems.

In 2010, Dr. Roach lead the effort that resulted in USA receiving an $8.5 million grant to become the Alabama Regional Extension Center (ALREC).  The purpose of ALREC is to provide technical assistance, guidance and information on best practices in converting to an electronic health record system. Dr. Roach also currently serves as the medical director of ALREC.
Posted by Med School Watercooler at 10:25 AM No comments: 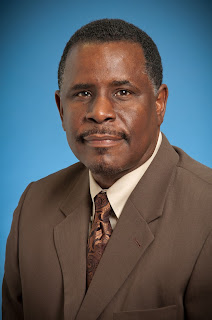 Dr. Johnson Haynes, professor of internal medicine at the University of South Alabama College of Medicine and director of the USA Comprehensive Sickle Cell Center, recently sat down with Fox 10 TV to discuss sickle cell disease.

Click here to watch the video interview.
Posted by Med School Watercooler at 10:25 AM No comments:

The University of South Alabama Medical Center held an employee picnic on Friday, April 20, 2012. Photos from the event are shown below. 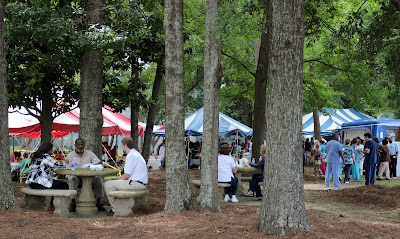 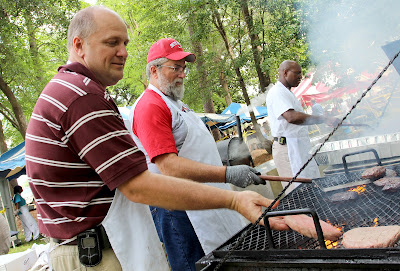 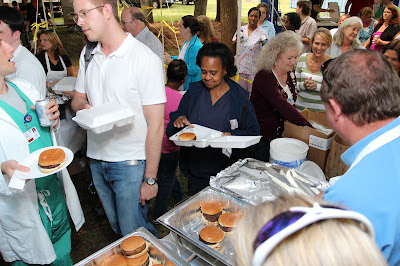 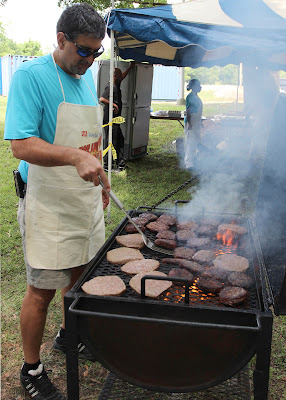 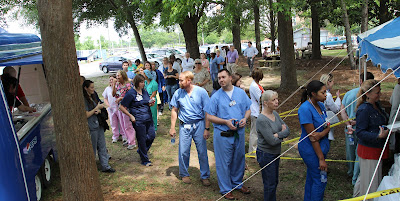 Posted by Med School Watercooler at 10:25 AM No comments: 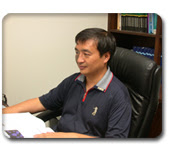 His lecture, titled ““The Role of Mitochondrial Respiratory Complex I in Tumorigenesis,” will take place May 3, 2012, at 4 p.m. in the Medical Sciences Building (MSB) auditorium.

Dr. Bai’s research focuses on the comprehensive understanding of mitochondrial function at the molecular, cellular, tissue, and animal levels and particularly pathogenic mtDNA mutations associated with human disease including cancer and the aging process.

For more information on his research, click here.
Posted by Med School Watercooler at 10:24 AM No comments: