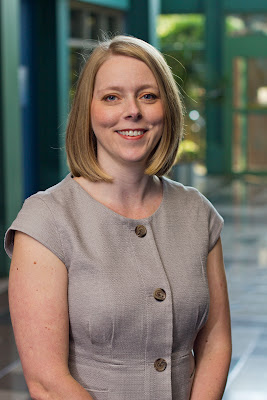 Prior to her appointment at USA, Banks served as director of development and alumni affairs at the University of Montevallo in Montevallo, Ala. While at the University of Montevallo, Banks served as the administrator of all alumni events and activities and managed all facets of university advancement including annual fund, major giving, scholarships, grants, planned giving, special events, stewardship and data management.

From 2000-2001, Banks served as the national consultant for Chi Omega Fraternity in Memphis, Tenn. From 2001-2003, she served as a human resources associate at Honeywell International Inc. in Chester, Va.

Banks has served on the Easter Seals’ team IMPACT Junior Board of Directors, Chi Omega Fraternity’s Alumnae Advisory Board, and the alumni task force and board of directors for the Higher Education Partnership, Alabama’s advocacy group for the state’s public universities.
Posted by Med School Watercooler at 2:51 PM No comments:

According to Steve Lancaster, food manager at the USA Medical Center, the hospital's cafeteria is being remodeled to focus on the eating area. "The walls have all been painted and new wall treatments have been applied," Lancaster said. "The entrance will change to provide a better flow for guests as well as for kitchen staff. The staff will now remove used trays through the new hallway being constructed where the old entrance was."

Lancaster said the floor is the last step in the remodel, and it will match what is in the hospital's administration hallway. 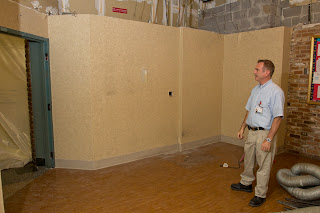 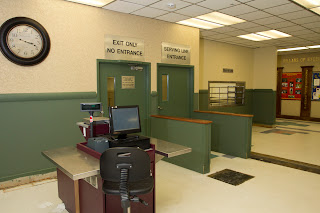 In addition, the hospital's exterior is being repainted. According to Lawrence Gardner, director of facilities management at the USA Medical Center, the expected completion of the project is Sept. 1, 2012. 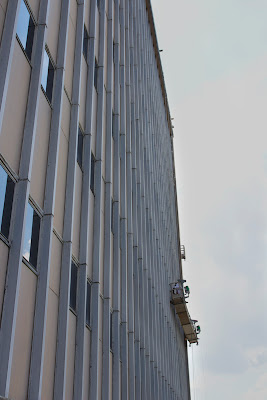 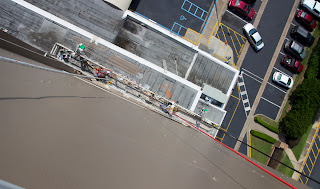 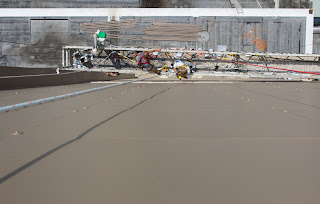 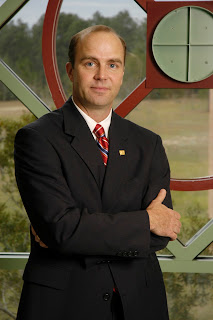 Paul Taylor, associate director of public relations at the University of South Alabama College of Medicine, recently received the 2012 William H. McDonald Print Journalism Award at this year’s Medical Association of the State of Alabama awards program held in Birmingham, Ala.

The William H. McDonald Print Journalism Award is presented in recognition of outstanding efforts in the field of print journalism. The award was renamed in 2006 to honor MASA’s former Director of Communications William H. “Bill” McDonald.

Taylor has served the USA Health System for 24 years through several public relations capacities. In addition to working at the USA College of Medicine for the past 12 years, he has also worked at the USA Medical Center, USA Children’s and Women’s Hospital, and the USA Mitchell Cancer Institute.

Taylor is a graduate of USA where he majored in communication arts.
Posted by Med School Watercooler at 2:44 PM No comments: 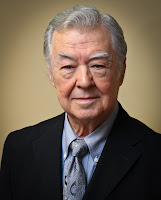 Dr. Gil Brogdon, University of South Alabama College of Medicine distinguished professor emeritus and former chair in the department of radiology, gave a keynote address in Zurich, Switzerland, at the International Society of Forensic Radiology and Imaging (ISFRI) meeting.

His speech, titled "A Personalized History of Forensic Radiology before Virtopsy," was given at the society’s first meeting held May 14-15, 2012.

“I was pleased and honored to be invited to participate in this first congress of ISFRI,” Dr. Brogdon said. “I have been involved in this field for almost half a century. At my age it is flattering and pleasing to still be recognized as a pioneer in the field and to still be desired as a speaker at international meetings.”

ISFRI was recently established by 145 Charter Members from 22 countries and five continents. Its purpose is to promote, develop and strengthen the field of forensic radiology and imaging through education, research and communication.

Dr. Brogdon was elected as the first honorary member of the ISFRI during the meeting in Switzerland.

“It is a personal honor, true, but I believe that any time a member of the institutional family receives favorable recognition it also casts a favorable light on the University and its opportunity for individual academic achievement,” Dr. Brogdon said.
Posted by Med School Watercooler at 2:44 PM No comments: