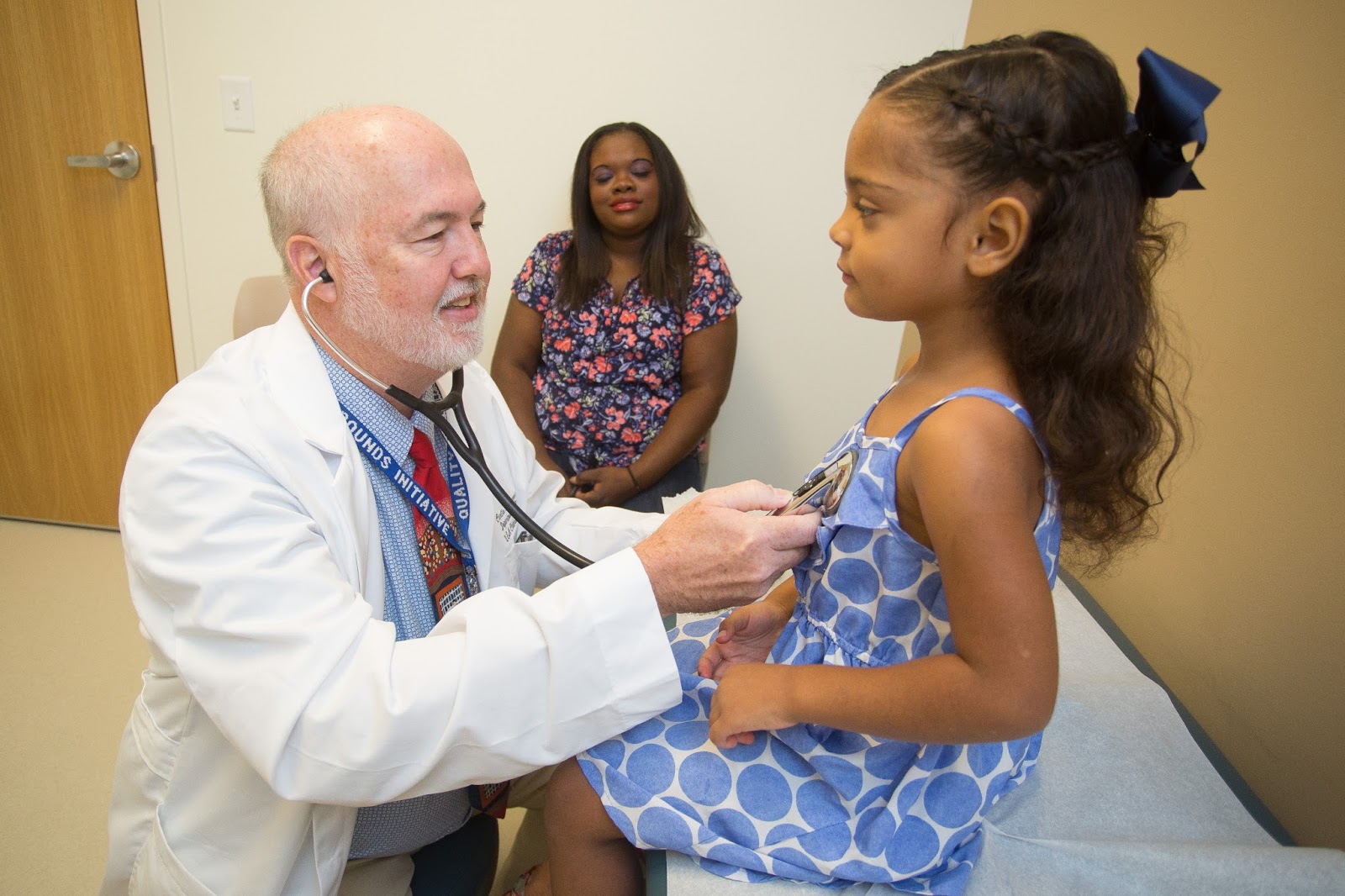 The University of South Alabama Department of Pediatrics recently completed a quality improvement project, which aimed to decrease the number of no-show patient visits and improve patient access.

Dr. Curtis Turner, professor of pediatrics at the USA College of Medicine and medical director of the primary care division of the department of pediatrics, led the project.

“Patients need continuous care,” Dr. Turner said. “If we are unavailable to care for our patients, then they are seen in urgent care or emergency rooms and receive fragmented care. We also miss the opportunity to prevent issues if we are unable to perform well-child visits and immunizations.”

According to Dr. Turner, there was a need to conduct a quality improvement project because access to primary care was limited and a backlog of appointments was evident. “Both parents and providers were frustrated with the long wait to get appointments in a timely manner,” he said.

Over a span of 22 months, the USA Department of Pediatrics made several changes to decrease the amount of no-show acute-illness and well-child visits, increase the overall number of visits and improve scheduling.

The department utilized the Plan-Do-Study-Act (PDSA) tool to accomplish their goals. The PDSA cycle included developing a plan to test the change, carrying out the test, observing and learning the results, and determining what modifications should be made to the test.

To determine the most common reason for no-show appointments, the department administered a survey to patients in the office who had previously missed an appointment. “The major reason indentified from the questionnaire was that the appointments were usually made several months in advance and the patients simply forgot,” Dr. Turner said.

Each month, the department also gathered data from electronic medical records and billing software to determine the amount of no-show appointments. According to Dr. Turner, electronic health record data showed an increase in the number of appointment no-shows for each period of 30, 60, or 90 days in advance.

To help decrease the amount of no-show visits, the department changed their appointment policy. Now, patients are unable to make appointments more than six weeks in advance. This change resulted in an increase in the overall number of visits by 10 percent.

Overall, the quality improvement project was successful in meeting all of the improvement goals. “Before, we experienced a 30 percent no-show visit rate, and currently we are down to 18 percent,” Dr. Turner said. “The no-show rate for well-child visits also decreased from 50 percent to 25 percent.”

Dr. Turner said this project was beneficial for both patients and USA Health. “The changes in this pediatric clinic benefit the educational opportunities for our students and residents,” he said. “The morale for clerks, nurses, residents and faculty has also increased.”

Dr. Turner said the changes also caused an improvement in patient flow and scheduling, helping USA Pediatrics to become financially solvent. In addition, the project led to changes that were noted outside of the stated goals including fewer dropped phone calls, decrease in time to answer phone calls and better rate of medical record completion.

Click here to learn more about the USA Department of Pediatrics.
Posted by Med School Watercooler at 8:50 AM No comments: 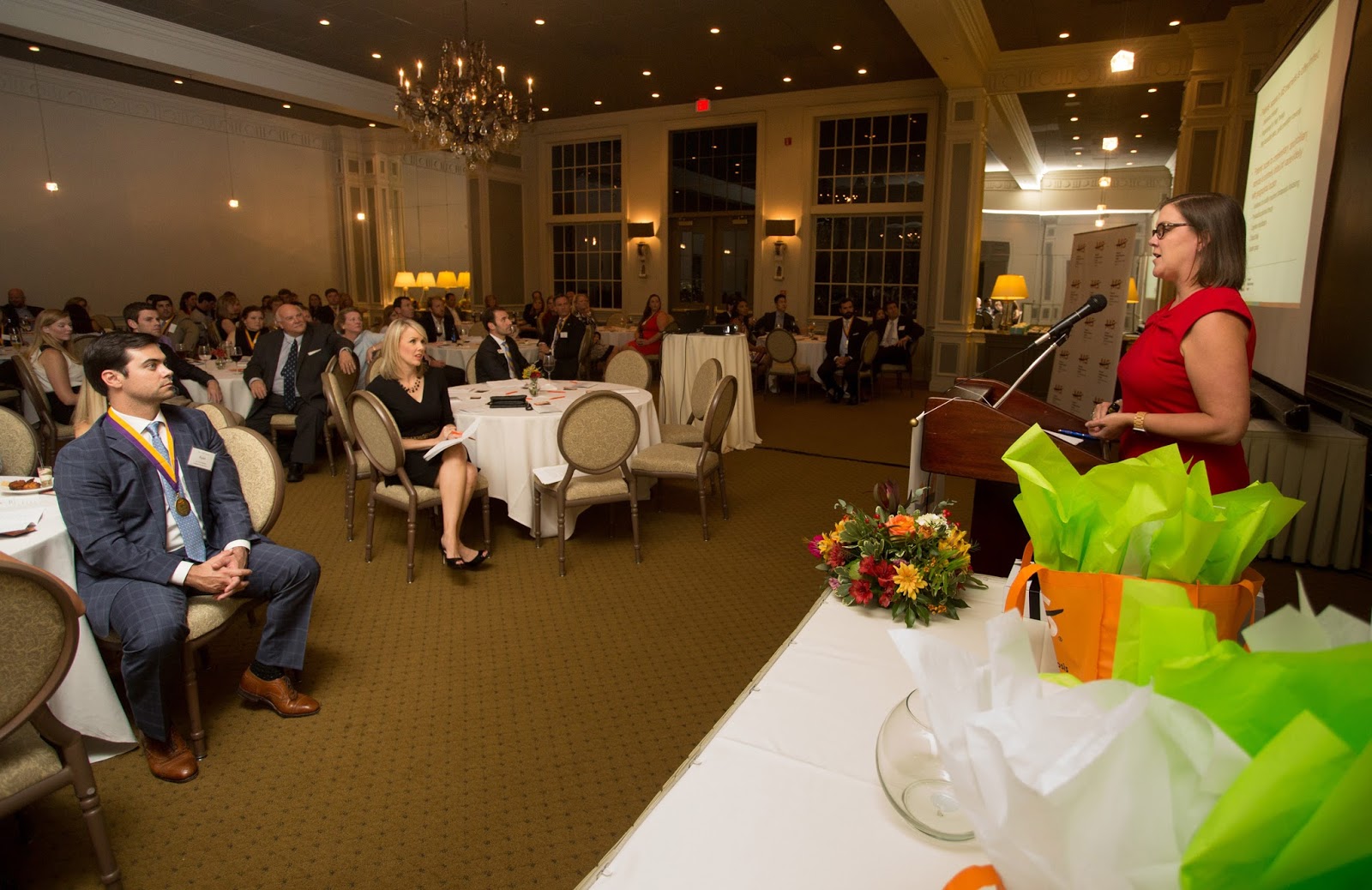 Dr. Elizabeth Minto, assistant professor of neurology at the University of South Alabama College of Medicine and a neurologist with USA Physicians Group, recently was the guest speaker for an awards ceremony hosted by the National Multiple Sclerosis Society of Greater Mobile for the Greater Mobile MS Leadership Class.

Members of the MS Leadership Class are professionals throughout Mobile who have demonstrated the ability to make a difference in the quality of the lives of others. Because of their efforts, these leaders were invited to partner with the National Multiple Sclerosis Society in its movement to create a world free of MS. Through participation in the campaign, members have an opportunity to build a network with other business professionals who are also committed to a vision of a better community and a better world.

As a participant in the program last year and the highest earning fundraiser in last year’s program, Dr. Minto was asked to speak at this year’s ceremony about things that MS patients wish others knew, such as how many of the symptoms of MS are invisible and that the disease is extremely variable from one individual to another. It is also important for patients to know that there are many current treatments available to alter the progress of the disease.

“None of our currently available treatments for MS can reverse or prevent the disease; that is what makes work like that of the MS Leadership class so vital.  This year's class has raised almost $60,000 toward MS research and programs for patients living with the disease in South Alabama,” Dr. Minto said.

Devon Walsh, news anchor for WKRG News Five of Mobile, was the emcee for the event.

For more information about Greater Mobile MS Leadership Class, click here.
Posted by Med School Watercooler at 8:41 AM No comments: 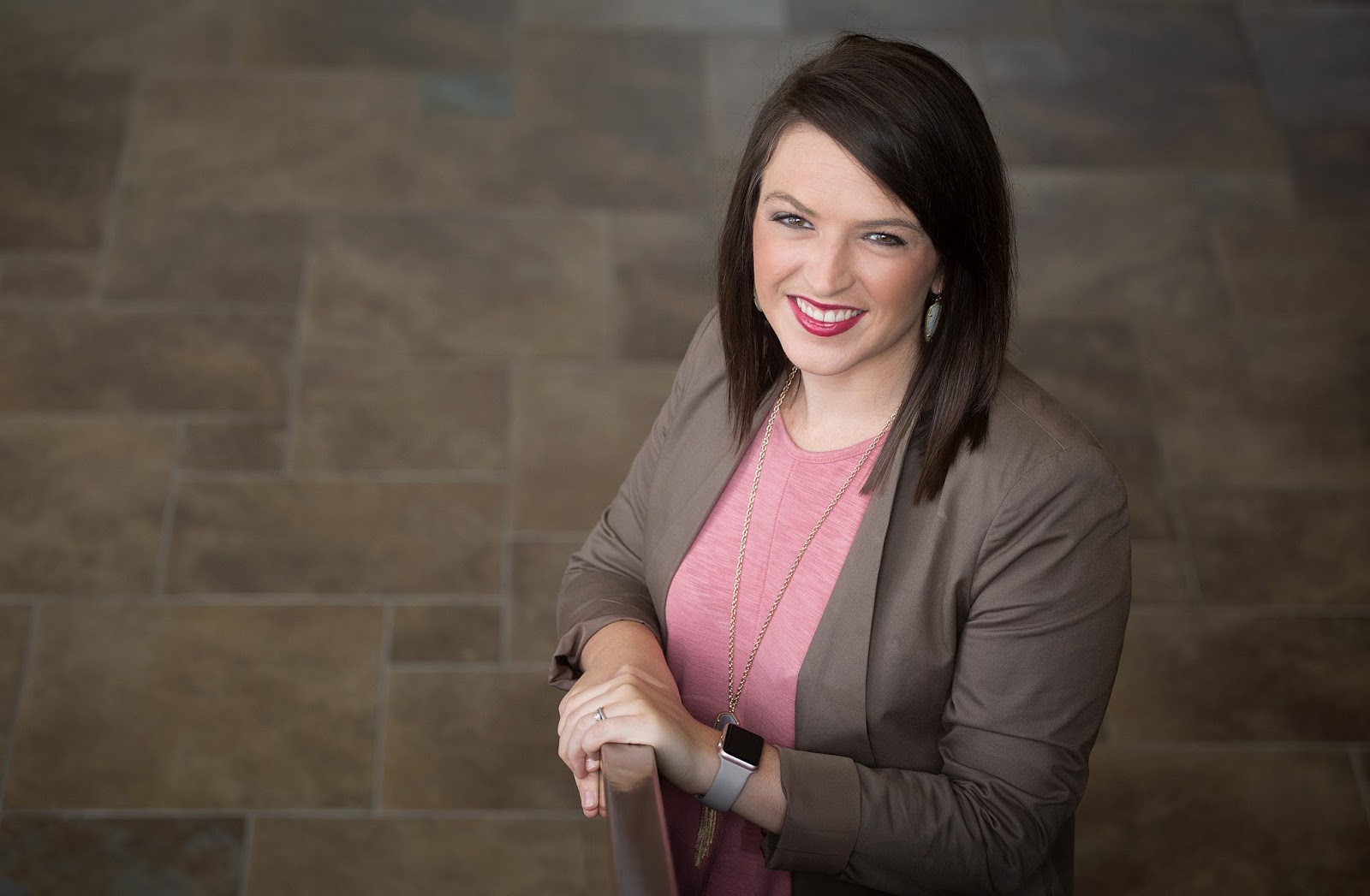 Hope Nickols recently was appointed coordinator of student affairs at the University of South Alabama College of Medicine.

In her new position, Nickols will perform duties including providing administrative support to the College of Medicine clerkship programs, functioning as course representative, creating and maintaining clerkship course records, schedules, and course materials; and coordinating the third- year medical student orientation and other administrative duties for the student affairs office.

Nickols will work with Karen Braswell in the student affairs office at the Mastin Building.

Prior to her position at USA, Nickols served as an accountant at Cunningham Bounds in Mobile, Ala. and as a financial services specialist at Regions Bank in Mobile.

Nickols earned her bachelor of science degree in human resource management from Troy University in Troy, Ala.
Posted by Med School Watercooler at 11:37 AM No comments:

Rising first- and second-year students at the USA College of Medicine presented the findings of their 10-week long summer research projects in eight oral presentations and 41 poster presentations to a diverse group of faculty, students and guests.

The Clyde G. ‘Sid’ Huggins Medical Student Research Awards, honoring the memory of Dr. Huggins, who served as the first Dean of Students for USA’s College of Medicine, were presented to Patricia Connor and Stuart McFarland.

“The main purpose of the Medical Student Summer Research Program is to expose students to basic science, translational and/or clinical research,” said Wito Richter, assistant professor of biochemistry and molecular biology and chair of the Summer Research Committee at the USA College of Medicine. “In addition, the students receive instructions on presenting their research findings to an audience in weekly seminars. I think the ability to communicate research findings clearly to the public is more important than ever, as scientific facts are frequently misrepresented or disputed in public discourse.”

According to Richter, there were many excellent research projects this year. “Judges were not only impressed with both Patricia and Stuart’s findings, but also their clear and convincing presentations,” he said.

Connor’s project, titled “Trauma Patients Have Improved Access to Post-Discharge Resources Through the Affordable Care Act,” compared the level of insurance coverage and the use of post-discharge services of trauma patients treated at USA Medical Center before and after implementation of the Affordable Care Act (ACA). “If you look at surveys covering the years just prior to the implementation of the ACA (2005-2009), you’ll find that hundreds of trauma centers across the United States closed, in part because they served many uninsured patients who were unable to pay the hospitals for their services. Now that a few years have passed since the insurance mandate was implemented, it was important to look back and ask whether passing of the Affordable Care Act’s insurance mandate in 2010 helped our highly vulnerable trauma patient population get the insurance they need,” she said.

Connor found that after the implementation of the ACA, trauma patients treated at USA Medical Center were more likely to have health care coverage and utilize post-discharge services, compared to the pre-ACA period. In addition, Conner determined that Medicaid patients were more likely than uninsured patients to receive home health services or intermediate nursing care. “However, given that Alabama opted out of the Medicaid expansion, this still leaves 40 percent of our trauma patient population without health insurance coverage,” she said.

McFarland, a first-year medical student at USA, won the prize for the best oral presentation for his talk titled “Role of Endothelial TRPV4 Channels in Carotid Artery Function and Low-Flow Remodeling.”

McFarland’s project was sponsored by Drs. Mark Taylor and David Weber from the Department of Physiology and Cell Biology at the USA College of Medicine and explored how the blood vessels of mice without the TRPV4 protein, a critical ion channel protein, respond to various drug stimuli. “One of the functions of this protein is to sense blood flow through the arteries,” McFarland said. “We were interested in comparing blood vessels from normal mice to those that had the TRPV4 channels genetically removed. This study is unique because it is the first to look at an animal model that lacks TRPV4 channels in the endothelium, but retains TRPV4 in other cells and tissues of the body.”

According to McFarland, this research is important because it helps understand the body’s progression from a normal state to a disease state. “We are particularly focused on atherosclerosis, which is linked to endothelial dysfunction,” he said. “The goal is to better understand the progression of a healthy blood vessel to one that has endothelial dysfunction and may eventually develop atherosclerosis. If we can better understand that transition, we hopefully can prevent it from occurring and keep people from developing the disease."

Winners of the Clyde G. ‘Sid’ Huggins Medical Student Research Awards receive a plaque and a cash award of $100 each.

Click here to learn more about this year’s event.
Posted by Med School Watercooler at 11:36 AM 1 comment:

Dr. Paul Richard Dyken, former professor and chair of neurology at the University of South Alabama, passed away on Sept. 11, 2017, surrounded by his family after a courageous battle with cancer.

He also performed sabbaticals at Harvard University in the early 1980s to study the new field of electron microscopy and in Saudi Arabia in the 1990s to further his lifelong study of the rare neurological disease SSPE.

After retirement, Dr. Dyken continued his lifelong love of learning through educational pursuits at USA, Springhill College and home-based video seminars. He discovered a talent for art, and enjoyed painting. Dr. Dyken was known for his adventurous spirit, integrity, and his love for his family. He was active in physical fitness and ran several marathons. He was a member of Springhill Avenue United Methodist Church and enjoyed watching Indiana University basketball, Atlanta Braves baseball, and Alabama Crimson Tide football. He also traveled extensively and enjoyed seeing the world on several cruises with his wife and other family members.