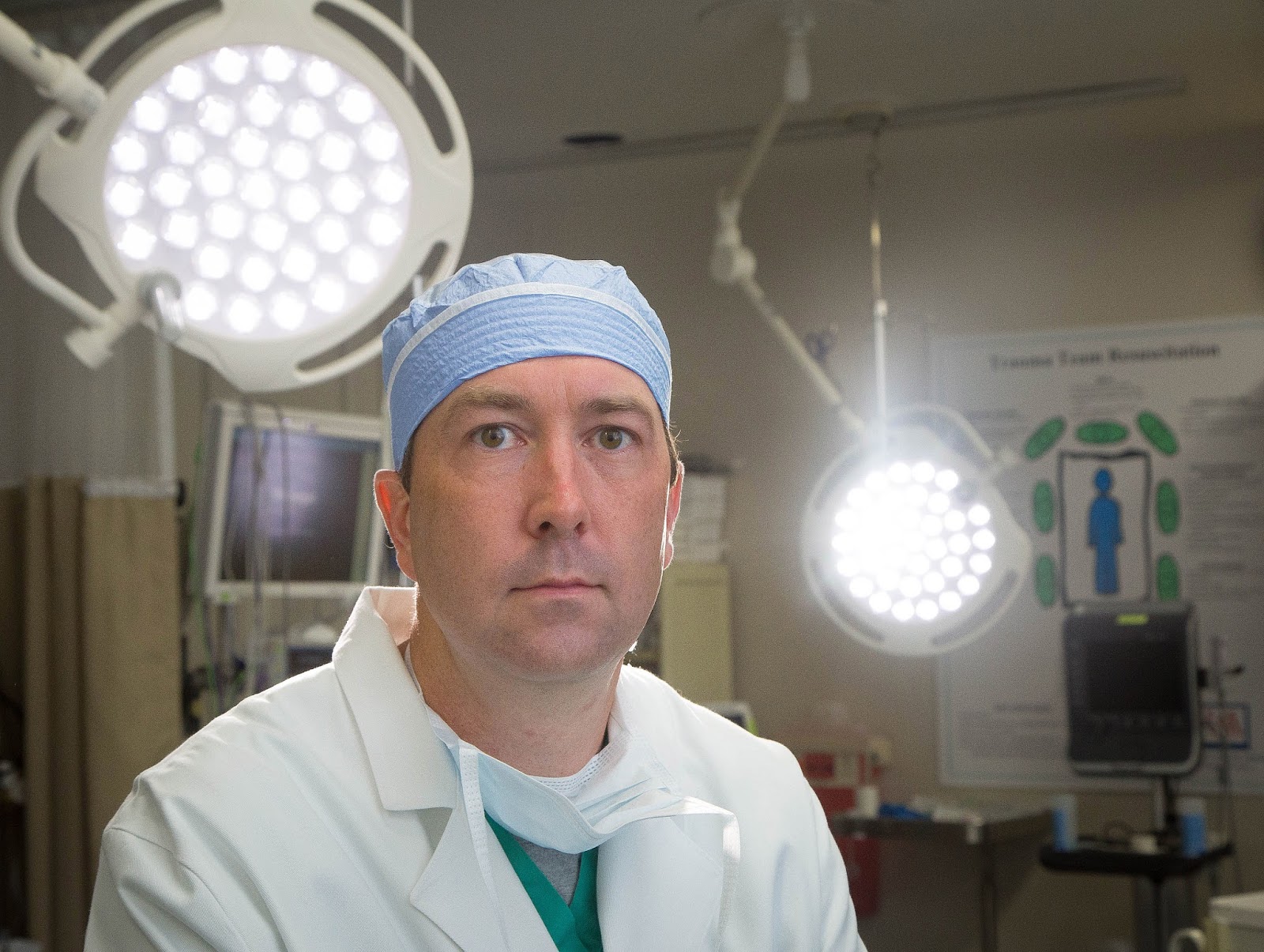 In an effort to make our local community safer, Jon Simmons, M.D., associate professor of surgery at the University of South Alabama College of Medicine, saw an opportunity to reduce injury and improve safety. Working with local police and legislators, he and his team were able to push for a new law enacted in September that requires all hospitals in Alabama to report gunshot wounds to law enforcement.

Before Sept. 1, Alabama was one of just three states that did not require hospitals to report gunshot wounds. If someone was brought to the hospital in a private vehicle or other non-official methods, these injuries were not reported – mainly due to HIPAA laws.

Because of this, there was a discrepancy between the number of gunshot wounds the trauma center treated each year and the number that the Mobile Police Department knew about. In 2017, this discrepancy was approximately 30 percent, according to Simmons.

Through their involvement with the Mobile Police Department’s Project THRIVE (Trauma Healing and Resiliency In the Wake of Violent Events) – a multi-disciplinary team comprised of various agencies working to fulfill the common goal of improving community safety – the trauma team worked with Mobile Police Department Commander Curtis Graves to develop legislation that requires hospitals to report any injury associated with gun violence.

“The Mobile Police Department then worked with Alabama State Representative Adline Clarke to support and introduce legislation that was then passed into law.” said Andrew Haiflich, USA Health director of trauma services. “The efforts of our unified collaboration have not only improved the safety of our community but also the safety of the entire state of Alabama.”

Alabama House Bill 288 went into effect on Sept. 1. With the new law and the mandatory reporting, Simmons believes this will help reduce gun violence in Mobile.

“With this new law in place, Mobile police will have a better picture of how often gun violence is occurring in our city,” Simmons said. “We have to approach gun violence like any other public health crisis, investigating it as such. I believe we’ll see a reduction in the amount of people affected by gunshot wounds through this approach.”
Posted by Med School Watercooler at 2:06 PM No comments: 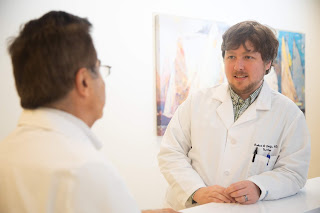 Robert Kobelja, M.D., assistant professor of neurology at the University of South Alabama College of Medicine, will present at the next neurology grand rounds. His presentation, “Myasthenia Gravis: A Review and Treatment,” is set for 8 a.m. on Oct. 15 at the USA Health University Hospital second floor conference center.

In his talk, Kobelja will review the presentation and evaluation of myasthenia gravis including indication for thymectomy. He will also review treatment options and guidelines.

Neurology grand rounds take place each Tuesday at 8 a.m. The lectures are open to USA faculty, staff and students. A light breakfast, coffee and beverages are provided.

Posted by Med School Watercooler at 10:38 AM No comments: 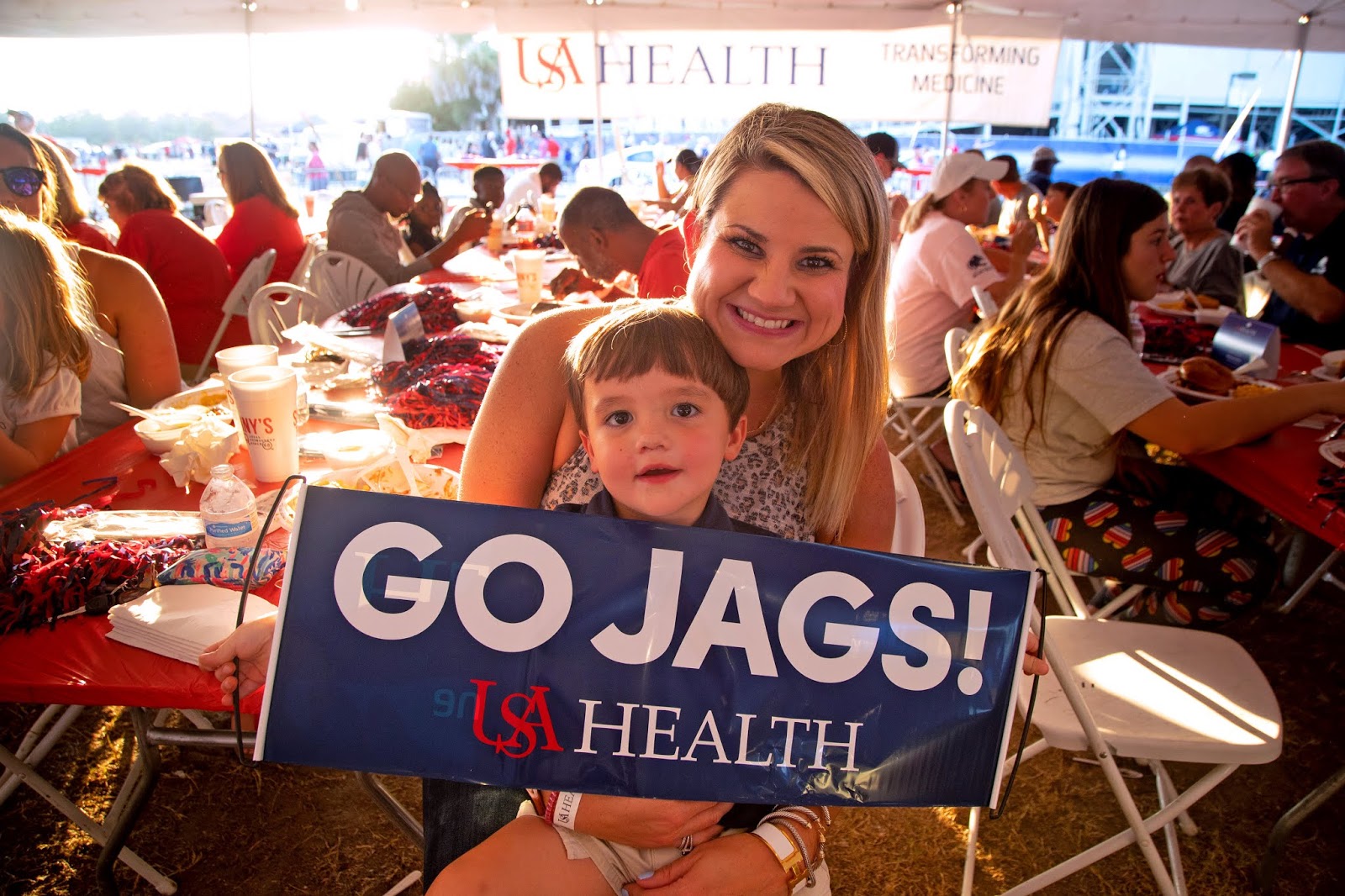 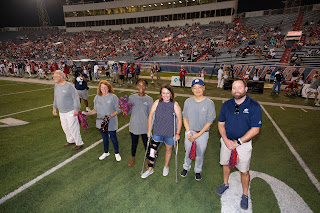 Faculty, staff and students from the University of South Alabama College of Medicine were among the estimated 2,800 guests at USA Health Game Day on Oct. 3.

Under the USA Health tent in Jag City, guests enjoyed a barbecue tailgate dinner prior to the USA Jaguars vs. Georgia Southern University football game at Ladd-Peebles Stadium. 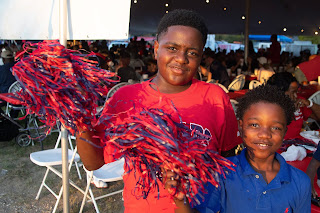 USA Health has hosted Game Day for the past five years as a way to show appreciation to its employees and volunteers. This is the last year the event will be held at Ladd-Peebles Stadium, as the Jags will play in the new Hancock Whitney Stadium on USA’s campus in fall 2020.

Check out more photos from Game Day 2019 on Flickr.

Watch the Game Day 2019 recap video on YouTube or below:

Posted by Med School Watercooler at 10:25 AM No comments: 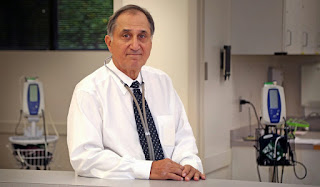 Elias Chalhub, M.D., a neurolgoist with USA Health and professor of neurology at the University of South Alabama College of Medicine, will present on the approach and evaluation needed for children who are experiencing developmental delay.

As part of the Pediatric Neurology Lecture Series, Chalhub will present “My Child is Delayed” on Monday, Oct. 21 at the USA Health Strada Patient Care Center. Lunch is at 11:30 a.m. with the lecture beginning at noon.

Chalhub earned his medical degree from Emory University in Atlanta. He completed an internship at the University of North Carolina at North Carolina Memorial Hospital in Chapel Hill, N.C. He then completed a National Institute of Neurological Disorders and Stroke (NINDS) special fellow in pediatrics, clinical neurology and child neurology at Washington University School of Medicine in St. Louis.

The event is free to the community, but reservations are required. RSVP to cabral@health.southalabama.edu or (251) 660-5420.

Join us for the following lectures in the series:

Posted by Med School Watercooler at 10:26 AM No comments: