The center will be located inside the NICU parent education conference room and will offer health literacy instruction to existing NICU discharge classes, as well as research information services to all NICU patients on a consultation basis.  The funds will also establish a place where NICU families can go to receive information about their child’s health information needs.

“Having a daughter born premature at the NICU at Children's & Women's Hospital, I was familiar with the educational opportunities and classes offered by the nursing staff to parents of preemies during their stay,” Kent said. “I saw the Health Literacy Pilot Project Award from the National Library of Medicine as a way to supplement these existing education programs and as a way to give back to this small community of professionals who are dedicated to excellence in caring for premature infants and parents as well.“

The NICU Family Resource Center project aims to raise health literacy awareness in the Mobile area by serving as a place for parents to research questions about their child's health.

“It's easy for parents to feel overwhelmed by the amount of medical information available online,” Kent said. “This project strives to educate parents on effective ways to evaluate health-related resources, while demonstrating reliable sources for consumer health information.”
Posted by Med School Watercooler at 9:24 AM No comments: 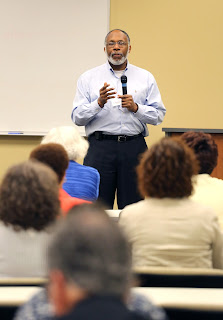 During the symposium, participants discussed ways to reduce and eliminate health disparities in the community. The aim of each session was to identify stakeholders and create action teams to implement solutions around the following questions:

•    Family Health – What is the relationship between family violence and health outcomes?
•    Health Literacy – How do you understand what your doctor is saying?
•    Mental Health – Why do we suffer in silence?
•    Nutrition – How can we make fresh foods accessible to everyone?

The meeting identified priority areas and developed preliminary action plans that will lead to community health advocate-directed projects to be implemented during the next one to two years.

The Center for Healthy Communities is the lead entity within USA for coordinating community education, research, public service and health activities to help eliminate health disparities, foster access to health care for underserved populations and enhance the capacity of individuals to better participate in decision making about their health.

Click here to view photos from the event.
Posted by Med School Watercooler at 2:17 PM No comments: 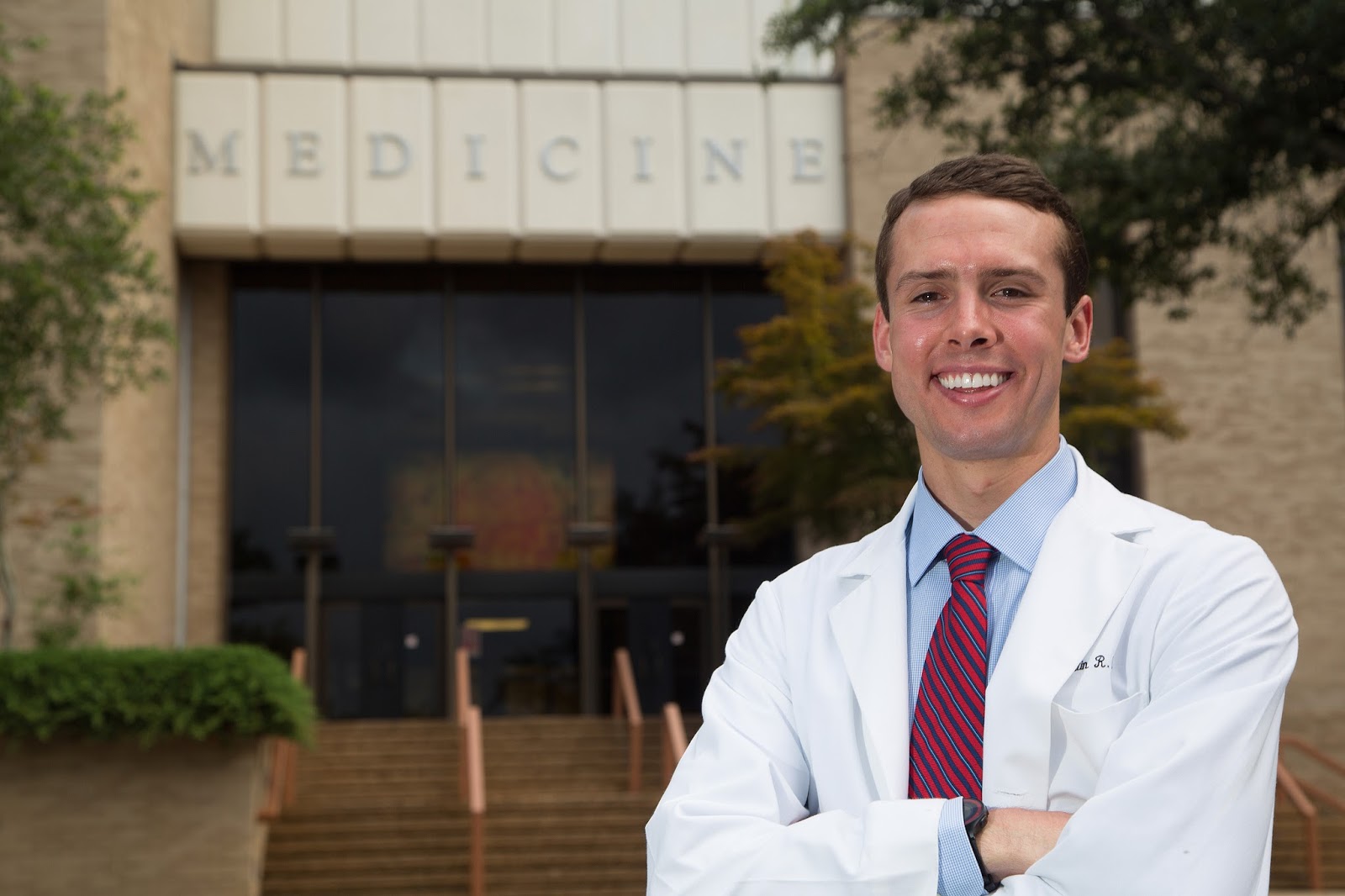 Austin Fox, a fourth-year medical student at the University of South Alabama College of Medicine, recently returned from the National Institutes of Health (NIH) where he participated in the Medical Research Scholars Program. During this time, Fox participated in research in the Laboratory of Immunology of the National Eye Institute.

According to the NIH Clinical Center, the Medical Research Scholars Program is a comprehensive research enrichment program designed to attract the most creative, research-oriented medical, dental, and veterinary students to the NIH campus in Bethesda, Maryland. As a participant in the Medical Research Scholars Program, Fox interacted with NIH leaders and reputable investigators from the top national academic medical centers and universities. In addition, Fox participated in the Training Program in Clinical Research, which is a collaborative training program between the NIH and Duke University School of Medicine. In this program, Fox received academic training in principles of clinical research, which leads to a Master of Health Sciences in Clinical Research.

Working in the Laboratory of Immunology, Fox was exposed to clinical as well as translational and basic research. Fox worked with a team on multiple research projects during his time at the NIH, which involved a variety of ocular diseases all related to the immunology of the eye. Fox commended the extraordinary research environment and his excellent mentors. “It has been a privilege to work with and learn from great mentors, Drs. H. Nida Sen and Robert Nussenblatt, in such a collaborative and challenging environment,” he said.

In addition, Fox encourages medical students to experience the research process. Fox stated, “As we learn more about the human body and disease, patient care will continue to evolve and improve, which will be made possible through research.”
Posted by Med School Watercooler at 10:30 AM No comments: 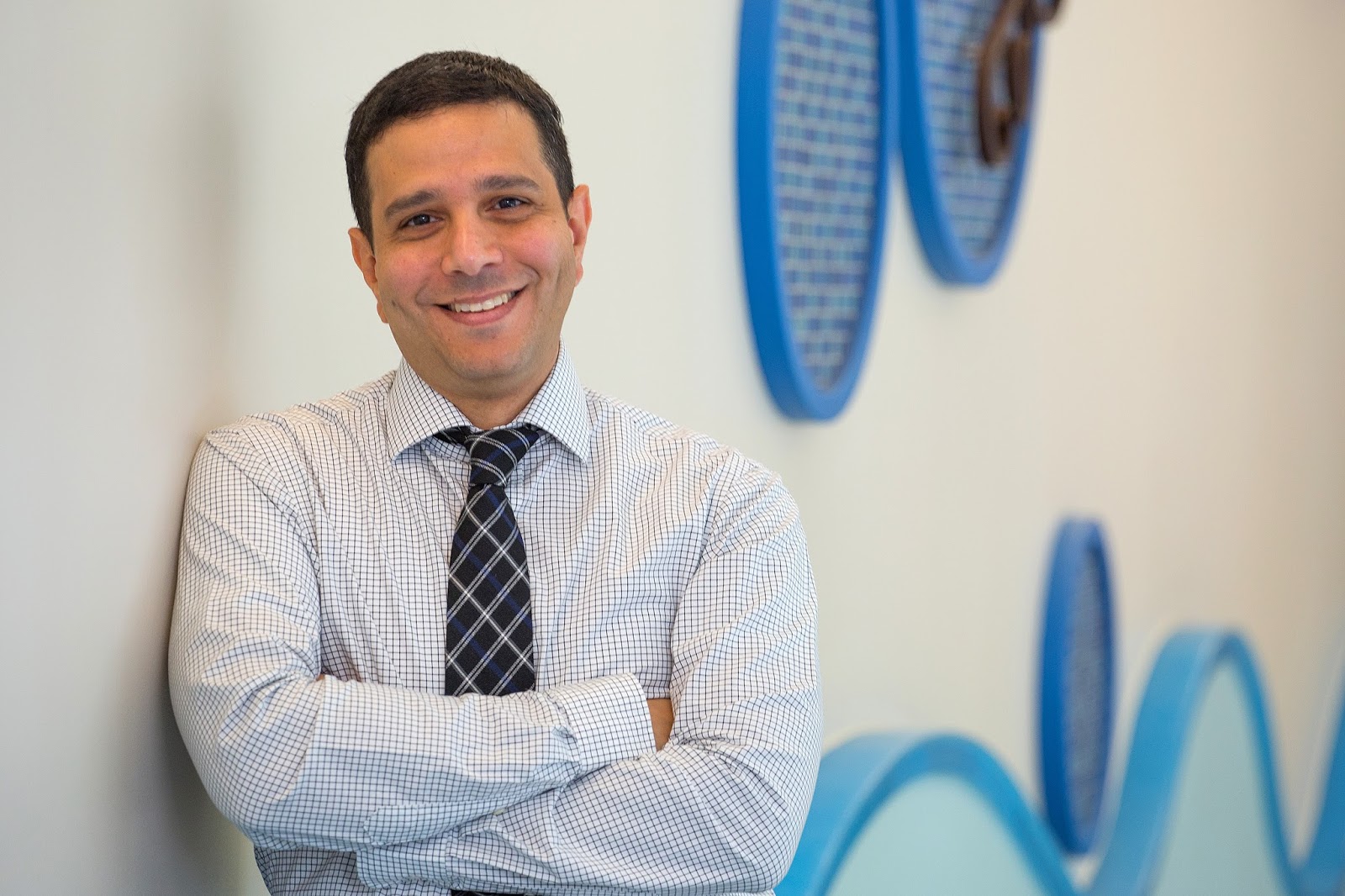 On Aug. 1, 2015, the University of South Alabama and USA Health System will become tobacco-free campuses. As part of this transition, the university will offer assistance to employees and students who wish to stop using tobacco products, including smokeless and e-cigarettes, through several tobacco cessation programs. This article is the first of a four-part series about tobacco cessation.

Smoking can have severe affects on all aspects of a person’s life and those around them. According to Dr. Ehab Molokhia, associate professor of family medicine at the USA College of Medicine and a family practitioner with USA Physicians Group, cigarettes are a major contributor to premature deaths in Alabama and across the United States. It is estimated that tobacco use results in nearly 440,000 deaths annually in the U.S. alone. On average, smokers die about 14 years earlier than non-smokers.

Cigarettes contain a variety of harmful substances that are known to be toxic to the human body including formaldehyde, a chemical used to preserve dead animals.  Nicotine, the drug that makes smoking addictive, significantly raises the risk for heart attacks and strokes, especially in patients who have medical conditions such as diabetes.

Tobacco is a known carcinogen that can also harm a developing fetus. Pregnant women who quit smoking before pregnancy or in early pregnancy significantly reduce the risk of adverse outcomes. The use of tobacco during pregnancy can result in preterm birth, low birth rate and infant mortality.

Dr. Molokhia said quitting tobacco is difficult for many due to the addictive nature of nicotine. “However, with the help of a primary care physician, there are many interventions that have shown to be successful in assisting patients towards cessation,” Dr. Molokhia said. “These methods include counseling, proper planning and the use of prescription medications.”

For more information on quitting, visit http://www.southalabama.edu/departments/counseling/smokingcess.html. For help locating a primary care physician with USA Physicians Group call (251) 434-3711.
Posted by Med School Watercooler at 8:34 AM No comments: