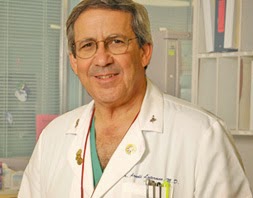 The award was presented at the 91st Joint Junior and Senior Alabama Academy of Science Annual banquet, which was held on March 13, 2014, at 7 p.m. at Auburn University.

Dr. Luterman joined the USA faculty in 1981 and served as chief of surgery and chair of the department of surgery from 1994 to 2002. He also developed the Level I Trauma Center at the USA Medical Center and served as its first director from 1981 to 1985 -- at the same time, Dr. Luterman was the director of emergency services.

To add to his accomplishments, Dr. Luterman also established the Regional Burn Center and served as its director until 2012.

During his tenure at USA, Dr. Luterman was also the director of the surgery post-graduate training program, as well as assistant dean for graduate medical education.

In 2013, Dr. Luterman was selected to receive the Distinguished Service Award sponsored by the USA Medical Alumni Association, an honor that recognizes outstanding leadership and a commitment to advancing medical education. He was also one of 50 Outstanding Scholarly and Creative Works Contributors awarded at the University of South Alabama’s 50th Anniversary in May.

Dr. Luterman, who retired from USA after more than 30 years of service, was selected for the 2014 Gardner award by the Alabama Academy of Science for his continued contributions in science and his service to the academy.
Posted by Med School Watercooler at 8:43 AM No comments: 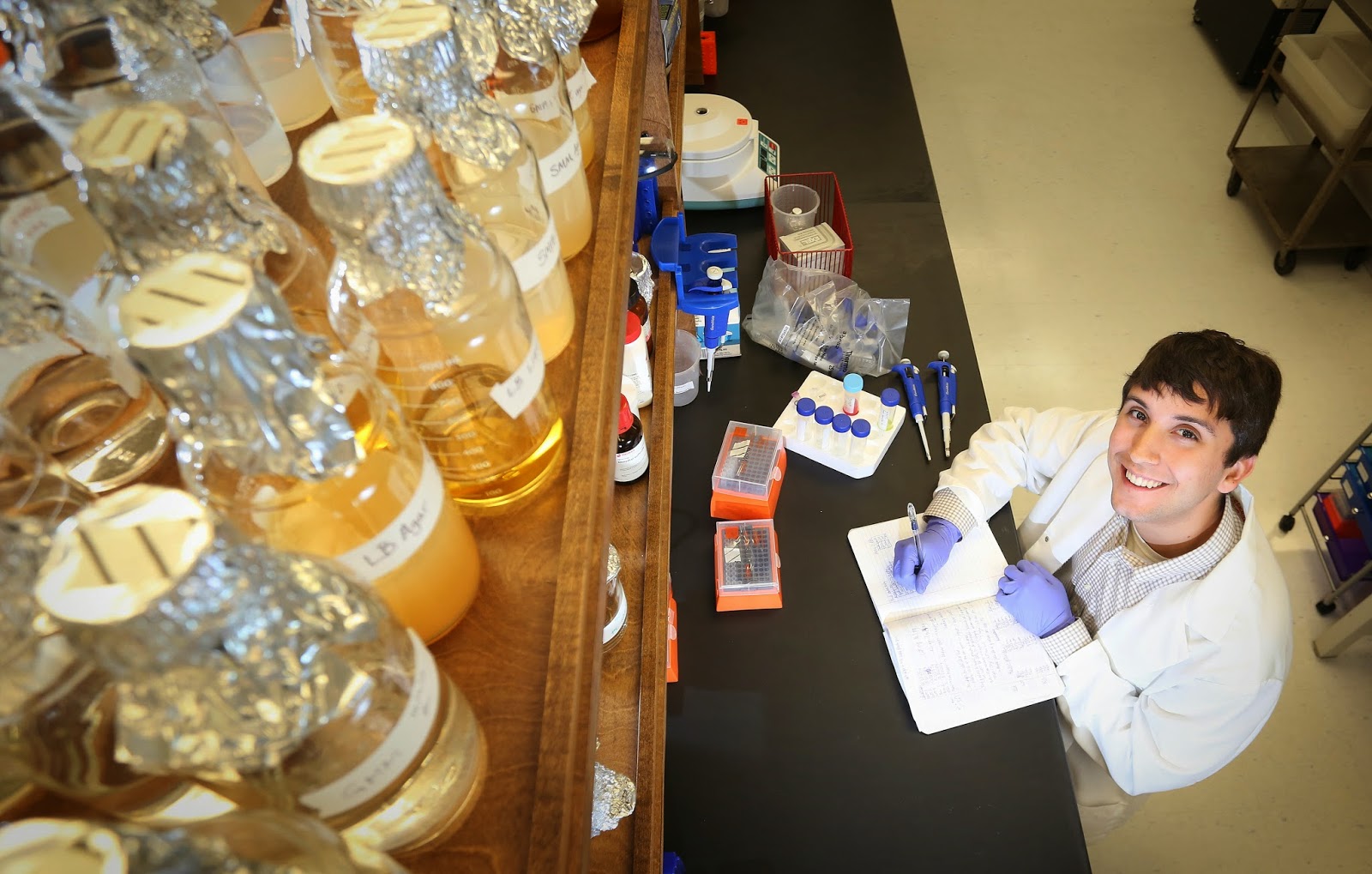 Brian McGrath, a first-year medical student at the University of South Alabama College of Medicine, was recently chosen as the second-place winner of the Southern Society for Clinical Investigation Young Investigator Award.

McGrath’s project, which also won first place for best medical research poster at USA’s 40th annual Medical Student Research Day in 2013, involved a closer look at Aspergillus fumigatus, which is a fungus of the genus Aspergillus, and is one of the most common Aspergillus species to cause disease in individuals with an immunodeficiency. He studied its effect on the pulmonary artery and pulmonary microvascular endothelia.

The project is looking into the effect of sialidase on the organism's ability to disrupt pulmonary artery and pulmonary microvascular endothelia. “Our preliminary data indicated that the enzyme may play a role in both the organism's growth and its ability to disrupt these endothelial barriers,” said McGrath. “Further research is needed to separate these different effects and to confirm conclusions.”

McGrath was sponsored by Dr. Jarrod Fortwendel, assistant professor of microbiology and immunology; Dr. Eugene Cioffi, associate professor of pharmacology; and Dr. Donna Cioffi, assistant professor of biochemistry and molecular biology. “I am so thankful for all of the guidance and support I've received from my faculty mentors and other lab partners,” said McGrath. “They have taught me so much about how to do research over the past year, and I know that the significant amount of time they’ve invested in me has been instrumental in providing the promising results and exciting opportunities I’ve had with this project so far.”

“Brian is a hard-working, highly-focused student and his maturity and collaborative nature were evident from his first day in the laboratory,” said Dr. Fortwendel. “These attributes served him well for this project, as he split time between two labs with different research programs. It is exactly these personal attributes and skills that will also aid him in developing into a top-notch physician.”

This opportunity to present his project to scientists at all stages in their careers provided McGrath with a variety of different perspectives on how to continue the project this summer, as part of the 41st annual Medical Student Research Day.

“This award really means a lot to me,” said McGrath. “It allowed me to attend the first scientific meeting of my medical career with the added bonus of the opportunity to hear from and interact with other speakers at the conference -- which taught me a lot about many aspects of patient care and about the clinical research process in general.”

“This glimpse into what a career in academic medicine might look like certainly gave me a lot to think about as I continue to explore the different career paths available to me in medicine,” said McGrath.
Posted by Med School Watercooler at 8:43 AM 1 comment: 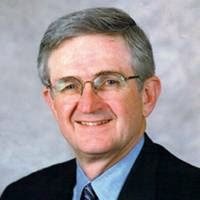 Dr. R. Phillip Burns, professor and chair of the department of surgery at the University of Tennessee College of Medicine in Chattanooga, Tenn., will present two CME accredited lectures in May.

Both talks are open to all medical professionals and are made possible through the Dr. Emmett B. Frazer and Dr. Milton M. Leigh Endowments at the University of South Alabama department of surgery.

Dr. Burns will present the first lecture, "Advanced Laparoscopic Surgery,” on Thursday, May 8, 2014. There will be a reception starting at 6:30 p.m., followed by the lecture at the USA Faculty Club on USA’s main campus.

His second lecture, "Surgical Education," will take place Friday, May 9, 2014, at 7 a.m. at the conference room located on the second floor of the USA Medical Center.

Under his leadership, the surgery residency program has grown from 8 to 32 plus residents in general surgery, along with vascular, critical care, and colon and rectal fellowships directed by 30 multi-specialty full-time faculty. He has developed a national training program, along with the American College of Surgeons, called Transitions to Practice for the purpose of “finishing” residents who have already completed a general surgery residency.

Dr. Burns’ clinical interests range from trauma care, to vascular to breast disease and he has published and lectured widely on these subjects.

This annual memorial lecture, funded by community surgeons and the USA Department of Surgery, is given to honor the legacy of Dr. Emmett B. Frazer and Dr. Milton M. Leigh as leaders in clinical service and graduate surgical education in the Mobile community.

For more information on both lectures, contact the USA department of surgery at (251) 471-7990.
Posted by Med School Watercooler at 10:20 AM No comments: 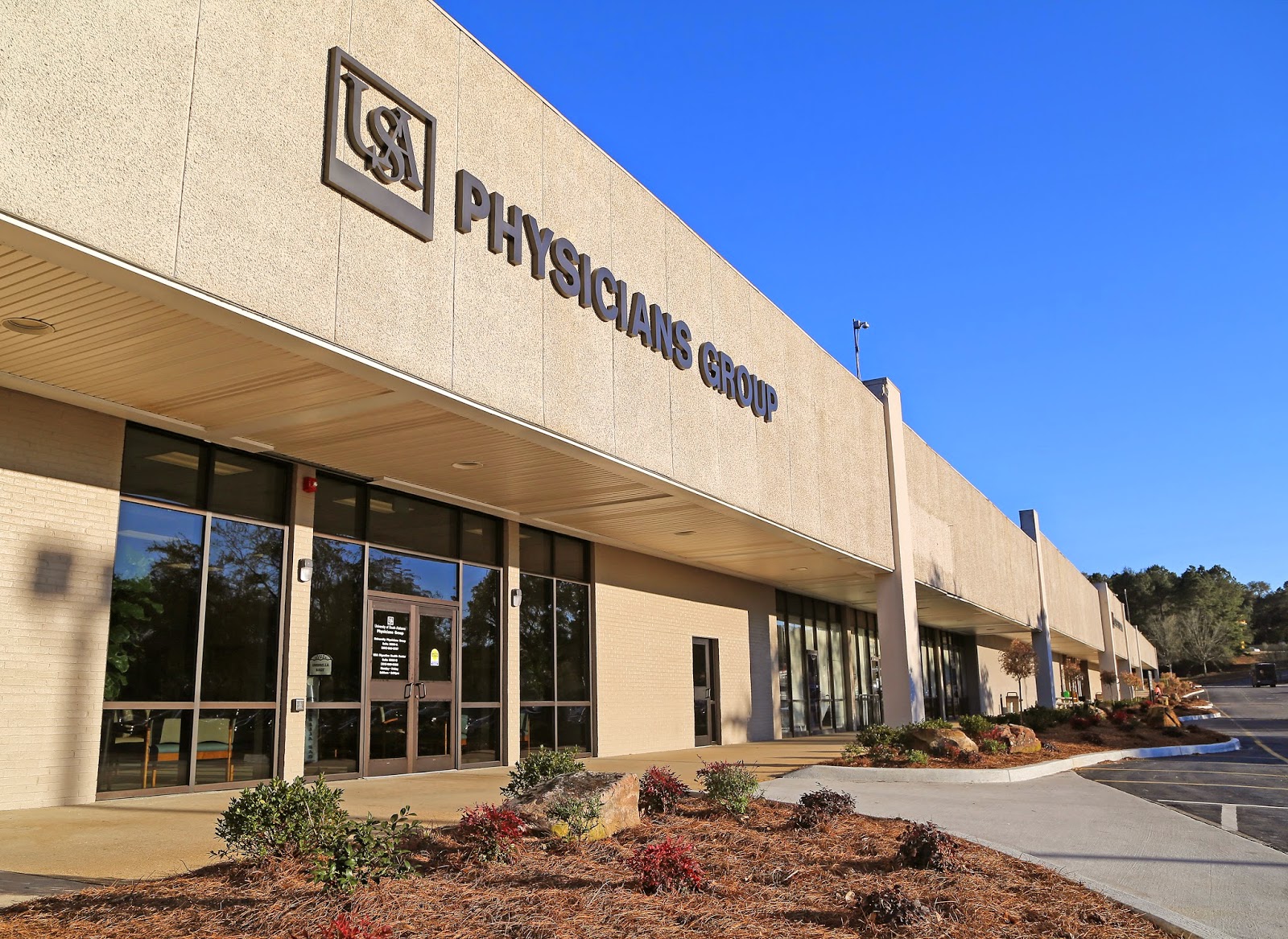 The USA Health System will offer free skin cancer screenings for all USA Health and Dental Plan members on Monday, May 5, 2014, as part of Melanoma Monday, a national event held annually on the first Monday of May. Appointments will be available from 8 a.m. to noon at University Physicians Group, the new clinic at University Commons.

Screenings will be performed by Dr. Marcus Tan, a surgical oncologist at the USA Mitchell Cancer Institute; Dr. Curtis Harris, a plastic and reconstructive surgeon at USA; and Mona Hagmaier, PA-C, with University Physicians Group.

According to Dr. Tan, the incidence of melanoma in the United States is rising more rapidly than for virtually any other cancer. “In fact, one in every 55 individuals will develop melanoma. However, if caught early, it is curable in 90% of cases.”

There are several risk factors to consider in a melanoma diagnosis including family history of melanoma, prior melanoma, multiple pigmented skin lesions and some rare genetic syndromes. In addition, a history of extensive or severe sun exposure or severe sunburns may also contribute to the development of this potentially fatal cancer.

To learn more about Melanoma Monday, click here.
Posted by Med School Watercooler at 10:17 AM No comments: 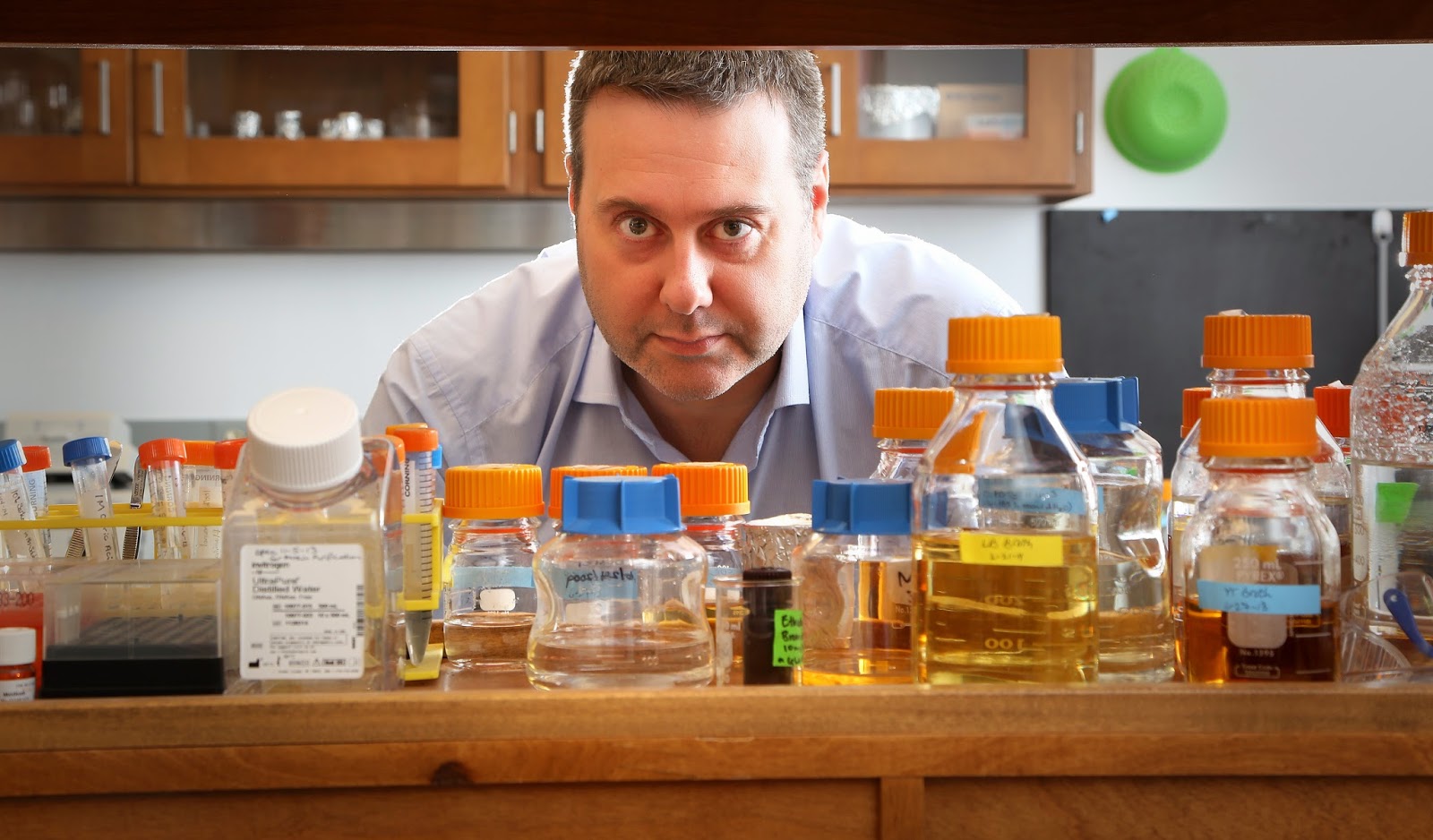 Dr. Paul Brett, associate professor of microbiology and immunology at the University of South Alabama College of Medicine, was recently awarded $1,728,535 by the Defense Threat Reduction Agency (DTRA) for his research involving biodefense and emerging infectious diseases. The award will cover a three-year study period.

According to Dr. Brett, the award will enable his lab to characterize the protective capacity of several promising vaccine candidates that they have developed for immunization against diseases caused by Burkholderia pseudomallei and Burkholderia mallei, the causative agents of melioidosis and glanders.

Melioidosis is an infectious disease caused by a bacterium found in water and soil that is spread to humans and animals through direct contact with these contaminated sources. Melioidosis is similar to glanders disease, which is passed to humans from infected domestic animals.

Research in Dr. Brett’s lab focuses on understanding the molecular mechanisms used by these bacteria to cause disease in humans and animals.

“In particular, we are interested in identifying carbohydrates and proteins expressed by pathogenic Burkholderia species that enable these organisms to avoid detection and killing by the immune system,” Dr. Brett said. “Once identified, the goal of our research is to use these components to develop safe and effective vaccines.”

Dr. Brett said infections caused by pathogenic Burkholderia are often difficult to diagnose and treatment is complicated due to the organism’s high level of resistance to antibiotics. Because of this, there is a great deal of interest in developing effective countermeasures such as vaccines to immunize against diseases caused by these bacterial pathogens.

“Diagnosis and treatment of these diseases is challenging, and in the absence of appropriate antibiotic treatment, acute infections can be fatal,” Dr. Brett said. “Melioidosis and glanders are emerging/re-emerging infectious diseases for which no licensed vaccines currently exist.”

Other key investigators who will participate in the research project include Dr. Mary Burtnick, assistant professor of microbiology and immunology, and Dr. Michele Schuler, associate professor of comparative medicine.