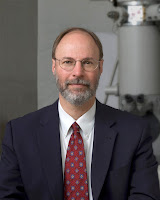 Joseph Allan Tucker Jr., M.D., a resident of Mobile, Ala., died peacefully on March 23, 2016, following an 18-month battle with brain cancer. Born in Gainesville, Ga., and raised in Decatur, Ga., he was the son of Joseph Allan Tucker Sr. and the late Jacqueline Leverett Tucker.

From 2003 until he stepped down in August of 2015, Dr. Tucker served as the Louise Lenoir Locke Professor and Chair of Pathology as well as the director of anatomic pathology at the University of South Alabama College of Medicine.

“Dr. Tucker was an outstanding teacher and a compassionate physician who had a profound positive impact on students and faculty alike,” said Dr. Samuel J. Strada, dean of the USA College of Medicine.  “His passing is not only a loss for the University of South Alabama, but also for humanity.”

Dr. Tucker was a University of Georgia Foundation Fellow Malon C. Courts Scholar, earning his undergraduate degree in biochemistry with summa cum laude distinction. He was also a member of Phi Beta Kappa and of Phi Gamma Delta Fraternity. He earned his medical degree from Vanderbilt Medical School where he received the National Research Service Award. He completed his residency in the combined anatomic and clinical pathology program at Duke University Medical Center, where he also served as chief resident. To further his training, Dr. Tucker completed a fellowship in surgical pathology and electron microscopy at Duke University Medical Center.

Dr. Tucker was dedicated to teaching.  His students and residents recognized this by selecting him for many honors including Best Basic Science Professor, Best Senior Rotation, and Faculty Recognition Award for best pathology housestaff teacher. He was also a member of Alpha Omega Alpha Honor Society. The USA College of Medicine Class of 2016 selected one faculty member who has demonstrated excellence in clinical care, leadership, compassion and dedication to service. Dr. Tucker was recognized for this award, the Arnold P. Gold Humanism in Medicine Honor Society, at the White Coat Ceremony in June 2015. He was also selected by numerous medical school classes to give the farewell charge during their Honors Convocation, including the last three classes. In addition, he has been honored 19 times by senior medical students with the red sash – a graduation honor sash for teaching excellence.

While at USA, Dr. Tucker served on several university committees, including the Medical School Admissions Committee, the Graduate Medical Education Committee, the USA Faculty Senate, the Faculty Assembly of the College of Medicine, the USA Medical Center Medical Executive Committee, and the board of the USA Health Services Foundation, in the last several years as its president.  He was also elected to the Board of Directors for the USA Foundation as faculty representative in 2002.

In March of 2016, the USA Board of Trustees passed a resolution recognizing Dr. Tucker for his many contributions.  In the resolution, they noted that “Dr. Tucker’s insight, intellect, and dedication to the field of pathology and electron microscopy on a national and international level are rivaled only by his wit, thoughtfulness, and generosity to others.”

A celebration of his life will be held at noon on Saturday, April 2, 2016, at All Saints Episcopal Church, 151 S. Ann Street, Mobile, AL 36604. Acting as honorary pallbearers are the faculty in the USA department of pathology - Drs. Brett Baskovich, Carole Boudreaux, Gary Carnahan, Elliot Carter, Andrea Kahn, Javier Laurini, Elizabeth Manci, Jacek Polski, Kelly Roveda, and Dr. Frank Pettyjohn from the USA department of emergency medicine. The family will receive visitors before the service, at 10:30 a.m. in the Parrish Hall.

The family would like to thank Soynika Edwards Bush and Genny Frame for the loving care and support they provided Allan and the family during his illness.

In lieu of flowers, the family requests that donations be made to the Dr. J. Allan Tucker Endowed Fund for Faculty and Resident Development in Pathology, University of South Alabama College of Medicine, Office of Development, 300 Alumni Circle, Mobile, Alabama 36688, phone number (251) 414-8144.
Posted by Med School Watercooler at 12:30 PM No comments:

Dr. Reza Sadeghian, a pediatric resident physician at the University of South Alabama Children’s & Women’s Hospital, has developed a quality improvement study using telemedicine to extend the reach of the USA Pediatric Healthy Life Center, a comprehensive center for the prevention of diabetes and cardiovascular disease in children and young adults.

Dr. Sadeghian has partnered with Intalere supplier JEMS Technology, which provides real time telehealth solutions. JEMS is donating the equipment for the project.

Using JEMS' solutions, doctors and specialists will remotely consult patients from their 3G or 4G smartphone, tablet, or other device over their carrier's 3G or 4G network. JEMS is the only secure encrypted, real-time portable telemedicine video solution for iPhone and Android Devices. JEMS also meets or exceeds regulatory compliances such as HIPAA.

“Obesity and co-morbidity management are an ongoing challenge because of the access barriers to tertiary care, physicians and allied health, as well as the time commitment associated with distant travel,” Dr. Sadeghian said. “Telemedicine may provide an innovative approach to significantly increase access to consultative and ongoing supervision of care to children with obesity and comorbidities.”

Alabama currently ranks 11th nationally in incidence of childhood and young adult obesity, underscoring the importance of this project.

“If successful, these studies may demonstrate that telemedicine is viable option for tertiary care centers to improve the access of care for those patients that need their expertise but are too far away or have travel barriers,” Dr. Sadeghian said.

“We are grateful to Intalere for bringing us together with USA and welcome the opportunity to assist them in using technology to help in the prevention and management of childhood obesity in Alabama,” said Kevin Lasser, CEO of JEMS Technology.