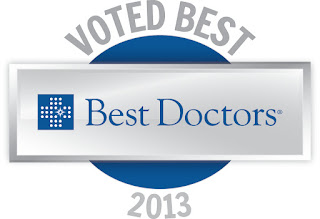 Twenty physicians affiliated with the University of South Alabama College of Medicine have been included in the 2013 Best Doctors in America database released this month. The following physicians were chosen for the list after extensive peer review by thousands of doctors:

Best Doctors, Inc. is a database that uses peer review along with other criteria to determine the most qualified doctors in various fields of medicine. The database seeks physicians whose reputation and expertise put them in the top 5 percent of their specific specialty. To ensure impartiality, physicians cannot pay to be included in the database, nor are they paid for their participation.
Posted by Med School Watercooler at 4:12 PM 1 comment:

A celebration of life service was held Dec. 30, 2012, honoring Dr. Susan Gibson, associate professor of comparative medicine at the University of South Alabama College of Medicine who retired in 2011.

Dr. Gibson served at the University for more than 20 years.

In lieu of flowers, the family requests donations be sent to Hospice and Palliative Care of Greensboro, 2500 Summit Ave. Greensboro, NC 27405.