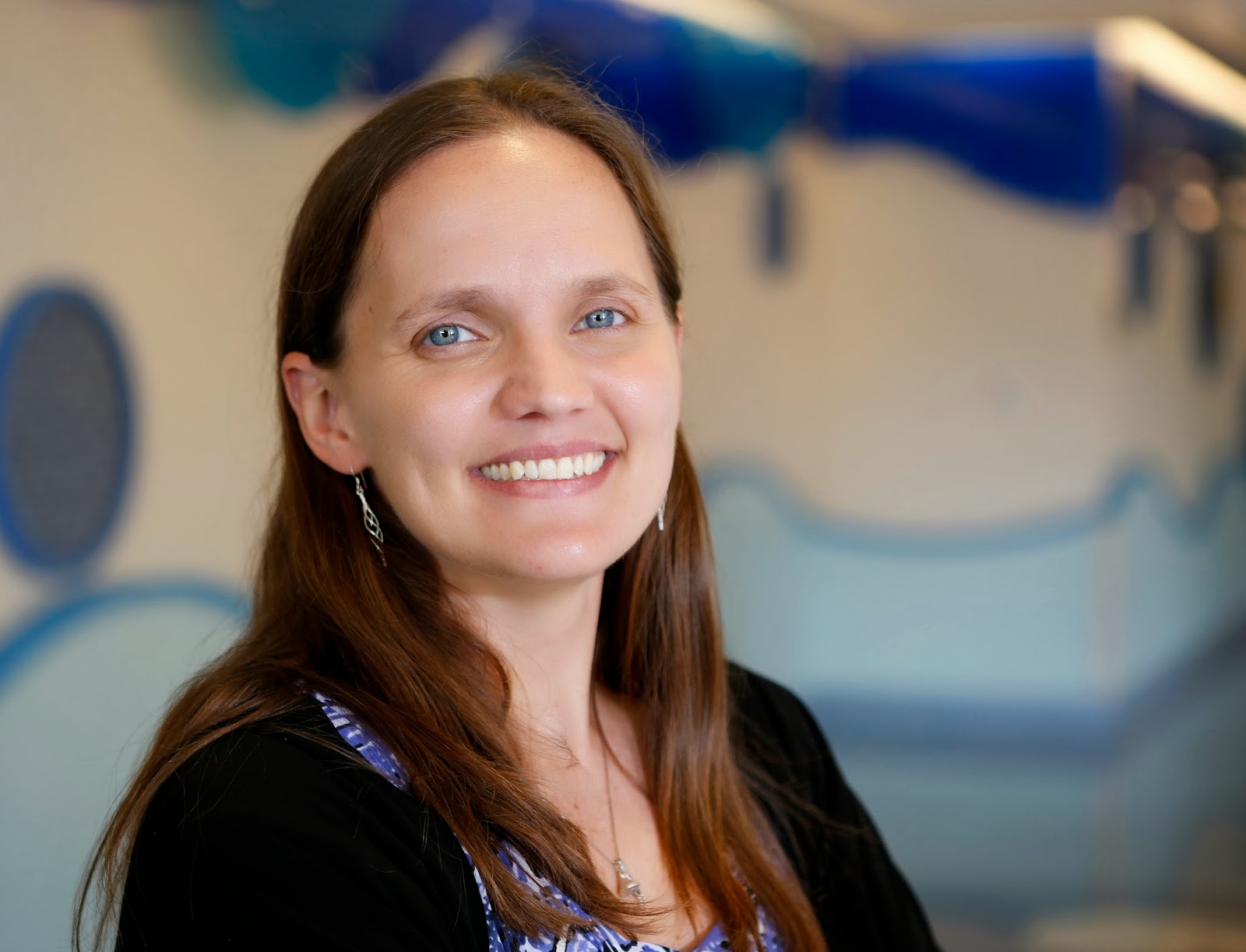 Dr. Brandy Merritt was recently appointed assistant professor of pediatrics at the USA College of Medicine and serves as a pediatric critical care specialist at USA Children’s & Women’s Hospital. She is also a member of the new pediatric hospitalist division.

Prior to her appointment to USA, Dr. Merritt was a pediatric hospitalist with the University of Chicago Hospitalist Group.

She is a member of the Society of Critical Care Medicine and the American Academy of Pediatrics.
Posted by Med School Watercooler at 9:33 AM No comments: 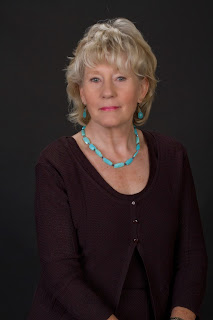 Next week’s Distinguished Scientist Seminar at the University of South Alabama College of Medicine will feature Lynne Chronister, vice president for research and economic development at USA.

The lecture, titled “Entrepreneurship within the University of South Alabama: Resources and Discussion and Q&A,” will take place Nov. 21, 2013, at 4 p.m. in the first floor auditorium of the Medical Sciences Building on USA’s main campus.

She served as associate director of sponsored programs at USA from 1988 to 1992 and earned her master’s degree in public administration from the University. She holds a bachelor of arts in psychology from the University of Vermont.

To learn more about the lecture series, click here.
Posted by Med School Watercooler at 9:33 AM No comments: 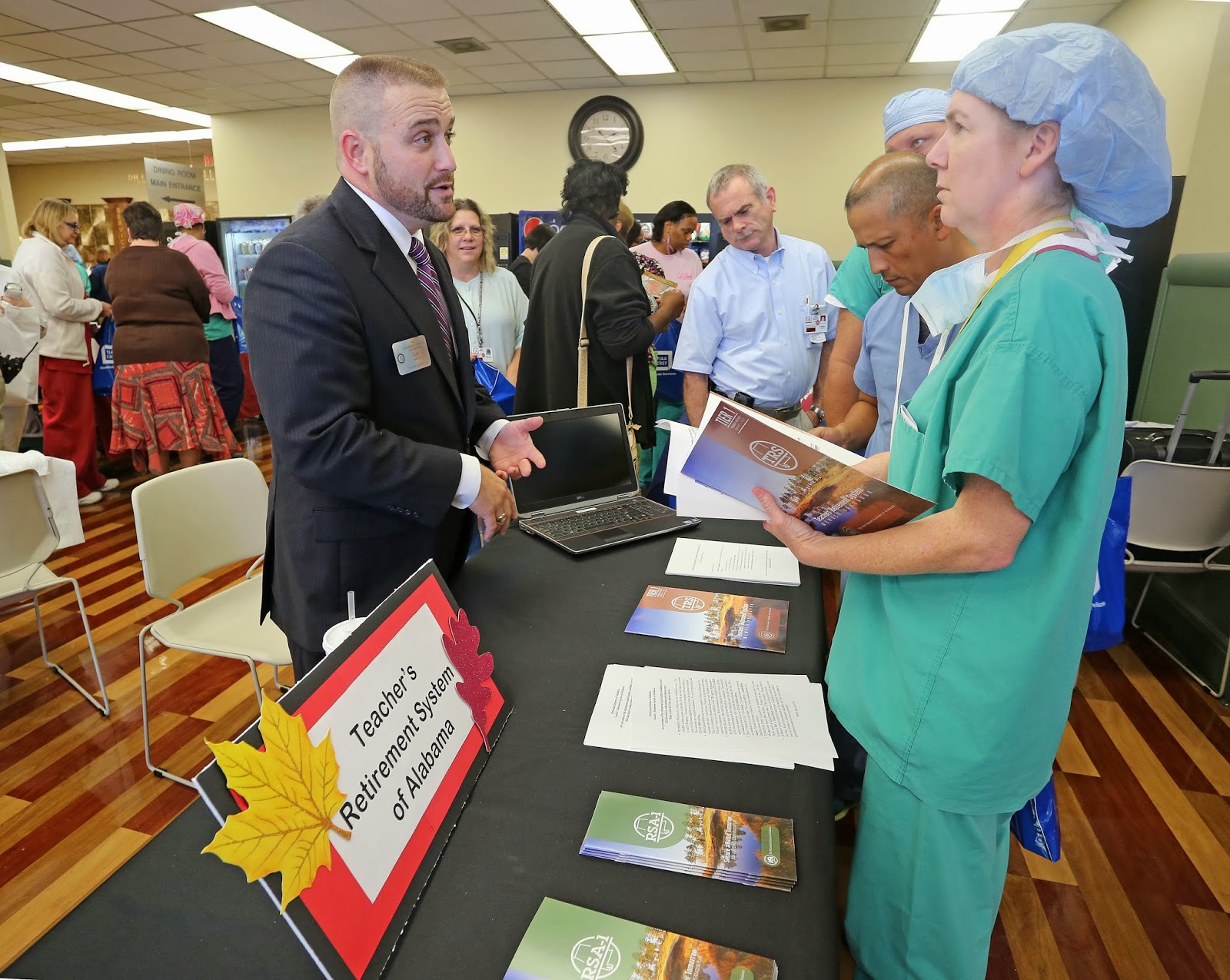 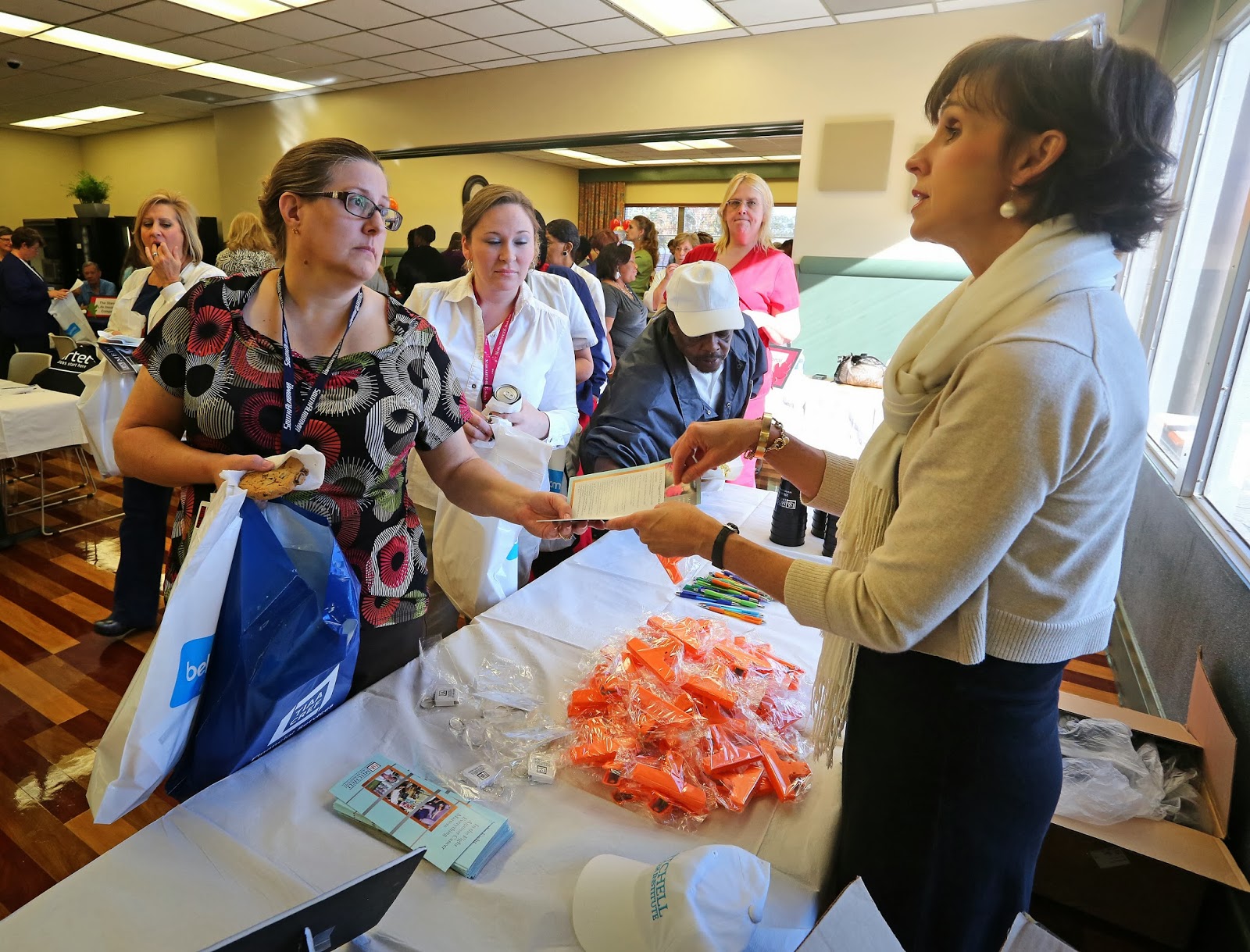 The USA Physicians Group had a booth at the fair and health care providers - including the USA Mitchell Cancer Institute and the departments of orthopaedics, bariatric surgery and cardiology - were on hand to answer health questions.

In addition, the Employee Benefits Fair allowed employees to learn more about employee benefits such as the USA Health & Dental Plan and SouthFlex.

As a reminder, for those covered by USA Health and Dental Plan insurance, co-pays are only $10 per visit with any provider in the USA Physicians Group. To make an appointment with any USA Physician, call (251) 434-3711.
Posted by Med School Watercooler at 11:52 AM No comments: 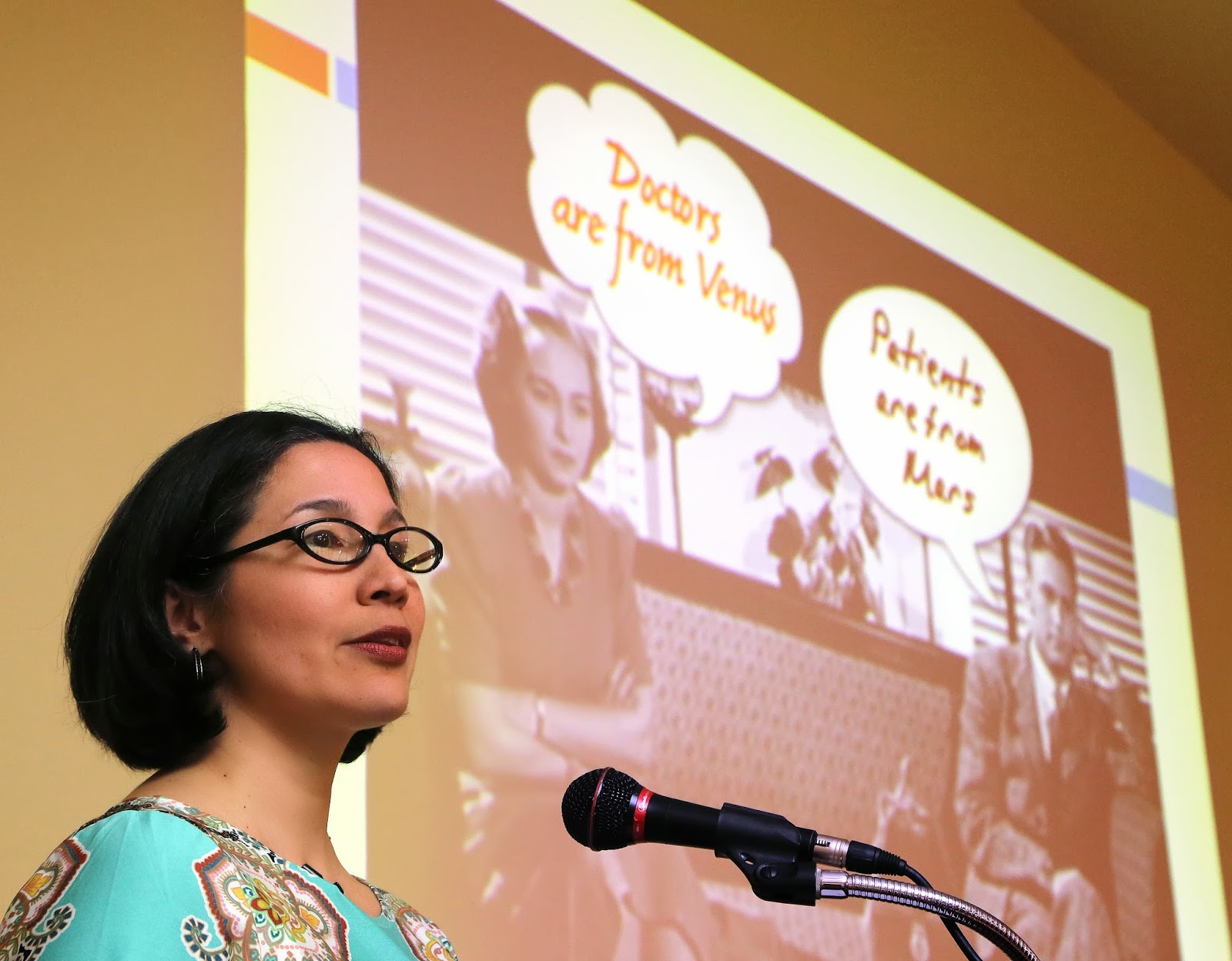 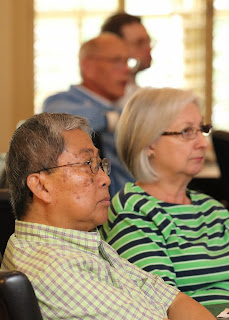 Last week, Dr. Rosina Connelly, assistant professor of pediatrics at the USA College of Medicine and a pediatrician with USA Physicians Group, presented the November Med School Café lecture, "Just What Did the Doctor Say? Tips on Communicating with Your Health Care Providers."

According to Dr. Connelly, limited health literacy skills affect more than 70 million American adults and result in poorer health outcomes. At the lecture, Dr. Connelly included tips on learning how to better communicate with health care providers and how to get the most out of a medical encounter.

The next Med School Cafe lecture will be held on Dec. 17, 2013, and will feature Dr. Brooks Cash, professor of internal medicine at USA and a gastroenterologist with USA Physicians Group. Dr. Cash is a new faculty member who previously served as the Deputy Commander for Medicine at the Walter Reed National Military Medical Center in Bethesda, Md. At the lecture, Dr. Cash will discuss irritable bowel syndrome (IBS). 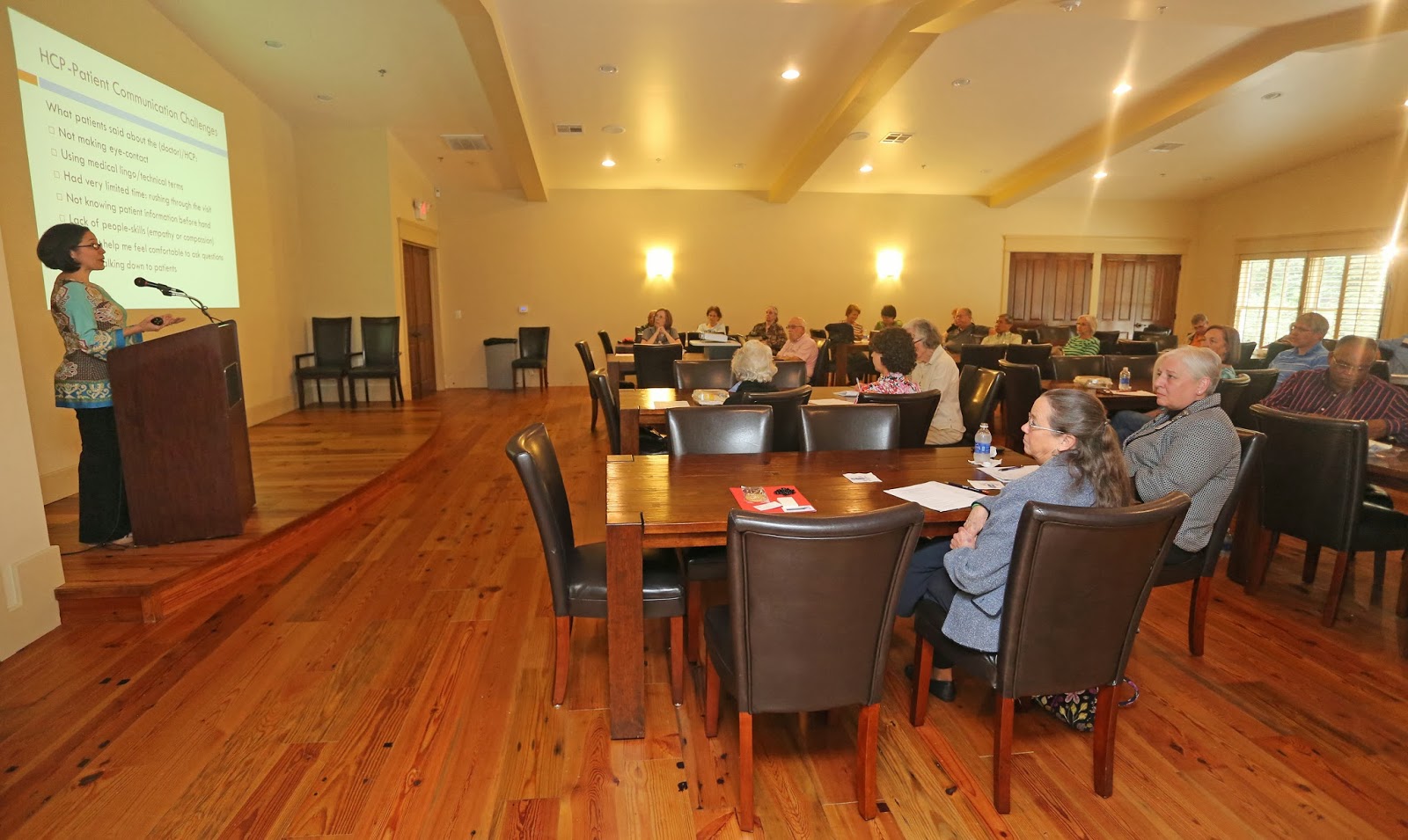 Posted by Med School Watercooler at 3:58 PM No comments:

Mark Your Calendar: 'Black Physicians in the Jim Crow South'

The Mobile Medical Museum will present the second lecture in its "Exploring Medical History" series Nov. 19, 2013, at 7 p.m. in the University of South Alabama's Marx Library, Room 181.

The lecture, titled "Black Physicians in the Jim Crow South," will feature Dr. Tom Ward, chair of the history department at Springhill College.

In 2010, Dr. Ward published a novel under the same title that he has designated for the lecture. In the book, he examines the development of the African-American medical profession in the South. Illuminating the contradictions of race and class, this research provides valuable new insight into class divisions within African-American communities in the era of segregation.

All "Exploring Medical History" lectures are free to the public.

For additional information contact the Mobile Medical Museum director, Monica Tapper, at (251) 415-1109 or med_museum@yahoo.com.
Posted by Med School Watercooler at 3:58 PM No comments: