'So Much for Spiders'

The University of South Alabama College of Medicine welcomes freshman students from across the nation with diverse backgrounds and experiences. For a fourth-year medical student, Dr. Jason Chesser’s expertise in biology and foreign languages has proved useful in multiple instances throughout his time in medical school.

Before attending medical school, Dr. Chesser obtained a Ph.D. in biology from the University of Mississippi. While completing the graduate program, he taught several lab courses and conducted research on species diversity and community evolution in the face of various forms of habitat disturbance. “When I graduated I had no intention of pursuing medicine,” said Dr. Chesser. “My intention was to get a terminal degree and teach.”

While immersed in his doctoral program’s work, Dr. Chesser noticed his interests beginning to include questions about human biology and disease. “Eventually it got to the point that when I would go to see the doctor myself, I’d spend more time addressing my curiosities than I would addressing my complaint,” said Dr. Chesser. “I accepted that the nudging of God wasn’t going to go away until I did something about it, so I started studying for the MCAT.”

During his third year as a medical student at USA, Dr. Chesser began rotations at USA Medical Center. While seeing patients in the Emergency Department with his attending physician, Dr. Chesser was approached by a classmate for his expertise.

“Not thinking myself to have any relevant ‘expertise’ I was somewhat perplexed at her request,” he said. The classmate handed over a blue solo cup with a lid on it. “I thought someone had brought in a spider or something for identification,” said Dr. Chesser. However, upon opening the cup, Dr. Chesser was “faced with two eyes, a long body, and no legs.”

“So much for spiders,” said Dr. Chesser. A patient had been bitten by a snake, and was unsure as to whether it was venomous.

“A quick glance indicated that it was a rough earth snake, and they aren’t venomous, so I poured it out in my hand and started a snake anatomy lesson,” he said. “At that point, rounds were officially suspended for a biological study.”

Dr. Chesser was surprised by how quickly the new disseminated of his encounter with the limbless reptile. One of the residents had recorded video of the impromptu anatomy lesson and it had gone viral. Dr. Chesser’s classmates from extended departments were commenting on having seen him with the snake. “Somehow or another the picture ended up in the yearbook,” he said.

The encounter described above was not the first time Dr. Chesser had identified a snake at USA Medical Center. One month prior, he was working in the Emergency Department when someone came in with a snakebite wound.

“I had gone out to pick up dinner. On the way back to where my team was I heard the words ‘snake bite’ among some of the nurses,” said Dr. Chesser. “I lost all interest in food, but knowing that my teammates would not be of a similar sentiment, I took them what they had ordered and returned.

After telling the nurses that I thought I could be of some use, we waited and were met by a 4-year-old girl, her frantic grandmother, and a gray rat snake that was hacked into about 40 pieces.”

The 4-year-old’s wound was washed and bandaged, and the grandmother calmed after realizing that the snake was not dangerous.

In addition to his scientific talents, Dr. Chesser is proficient in several languages. He began learning Greek in the eighth grade because of its undeniable influence on Western Culture. After studying the Greek language, “I took Spanish and French in high school, and I enjoyed the way they forced my brain to work,” he said.

“As a result [of learning other languages], I have been able to synthesize a better personal understanding, not only of the scriptures, but given my study of language and communication as an entity unto itself, I am better able to express these ideas to other people.”

Dr. Chesser has previously done mission work in Peru to assess humanitarian needs and plans to travel with the Christian Medical Ministry of South Alabama in May 2014 on a medical mission trip to Rwanda, Africa.
Posted by Med School Watercooler at 10:44 AM 1 comment: 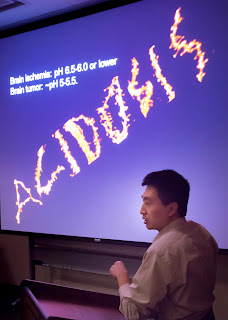 The seventh annual University of South Alabama College of Medicine Research Forum was held Nov. 1, 2013, at the Marx Library Auditorium and the Medical Sciences Building on USA's main campus.

The forum is an opportunity for graduate students in the Basic Medical Sciences program, postdoctoral fellows, residents, clinical fellows, and new faculty to present their research to the College of Medicine community and the scientific departments across campus.

The forum consisted of two sessions - the morning session was comprised of eight oral presentations and the afternoon session hosted poster presentations.

According to Dr. Donna Cioffi, assistant professor of biochemistry at USA, the forum consisted of 52 poster presentations largely focusing on research performed by basic medical scientists and clinicians. In addition, Dr. Cioffi said the event focuses on research performed in the College of Medicine and the USA Mitchell Cancer Institute.

“We were very excited this year to have the Research Forum co-sponsored by the Mitchell Cancer Institute,” said Dr. Cioffi. “With participation by the MCI, this year's forum was our largest yet.”

Dr. Cioffi said the research forum is a great opportunity for basic medical scientists and clinicians because it opens doors for new ideas and partnerships.

“Indeed, the environment was perfect for researchers to interact and establish new collaborations,” said Dr. Cioffi.
﻿ 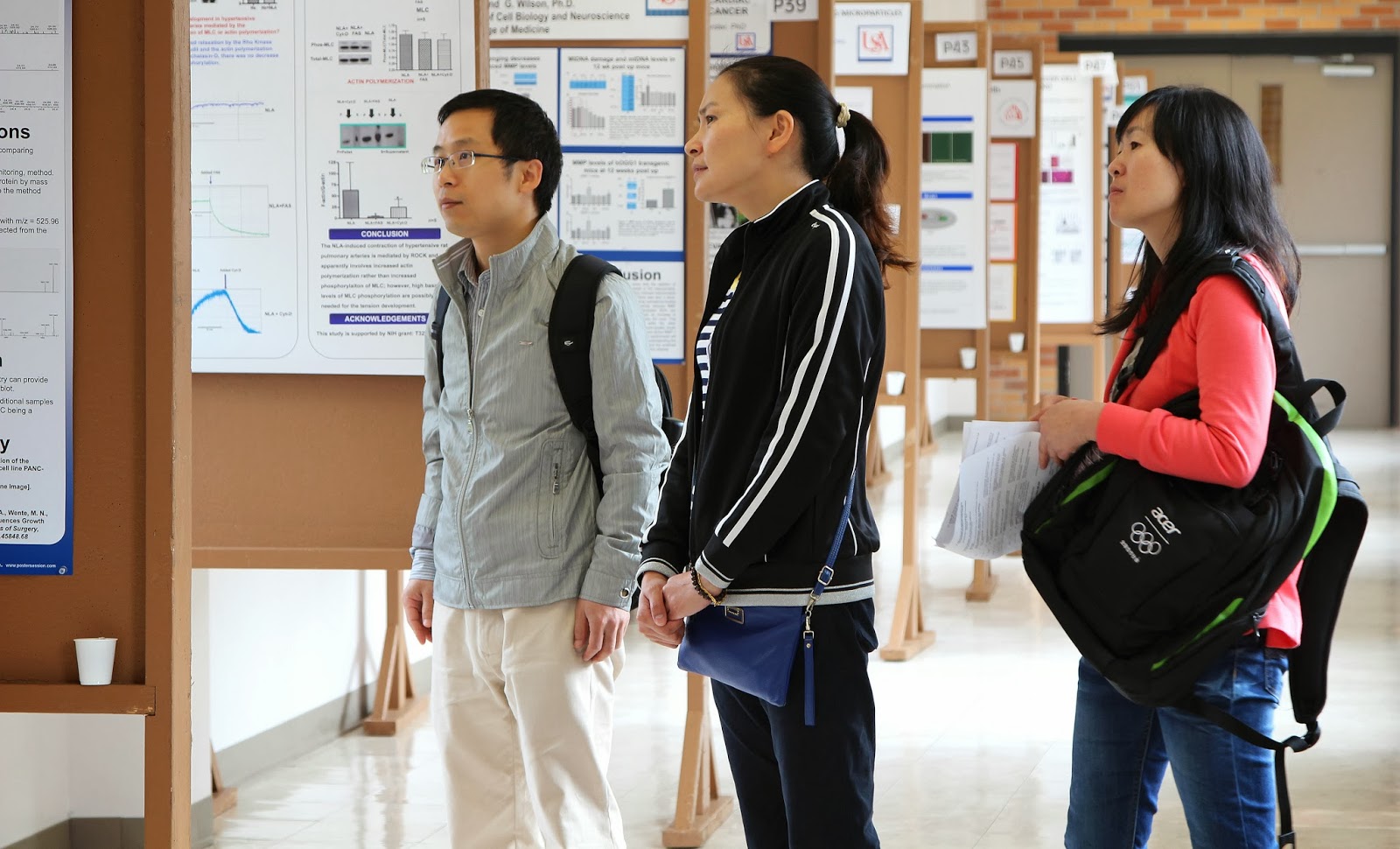 Posted by Med School Watercooler at 10:40 AM No comments: 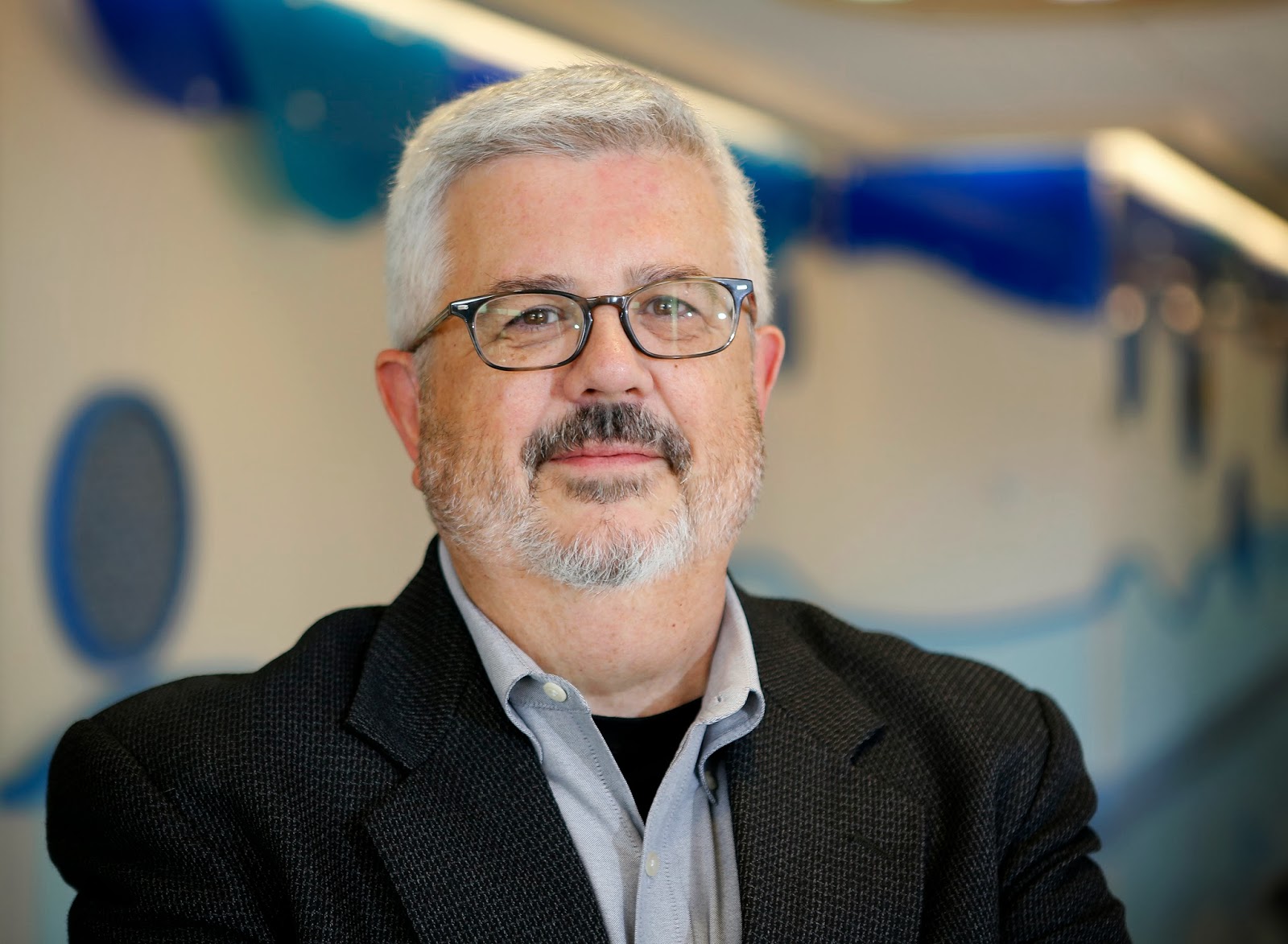 Dr. R. Franklin Trimm, professor of pediatrics at the University of South Alabama, was recently selected as one of a small group of medical educators from across the United States to receive the Parker J. Palmer Courage to Teach Award.

Dr. Trimm will be presented the award at the Annual Education Conference of the Accreditation Council for Graduate Medical Education (ACGME) in National Harbor, Md., in February 2014.

This award, given by ACGME, honors residency program directors who find innovative ways to teach residents and to provide quality health care while remaining connected to the initial impulse to care for others in this environment.

“I am humbled and honored to be a recipient of this award, which represents the values that have made being involved in graduate medical education a very rewarding journey,” said Dr. Trimm, who has directed the pediatric residency training program at USA for the past 20 years.

Parker J. Palmer is the author of the book The Courage to Teach and whose promotion of the concept of "living divided no more" has proven relevant to teaching in academic health centers.

“The supportive environment USA has provided me has been vital to my involvement in innovative educational activities and career development that are recognized with this award,” said Dr. Trimm.

For additional information on the ACGME Parker J. Palmer Courage to Teach Award, click here.
Posted by Med School Watercooler at 10:33 AM No comments:

The lecture, titled “New Directions in Epilepsy Diagnosis and Treatment” will be given by Dr. Dean K. Naritoku, professor and chair of the USA department of neurology.

During his talk, Dr. Naritoku, who is a neurologist who specializes in epilepsy, will discuss the latest epilepsy treatments and research.

Immediately following the lecture, tours will be available of the Epilepsy Monitoring Unit (EMU) at USA Medical Center.  The EMU is a collaborative environment that provides unique and highly specialized care with state-of-the-art technology for patients with epilepsy and other neurological conditions.

November is national epilepsy awareness month, which seeks to dispel common myths about the disorder, promote public awareness and understanding of the condition, inform people with seizure disorders and their families about service programs and informational resources available nationally and in their local areas, as well as educate the public about the symptoms of epilepsy and seizure disorders to help eliminate the stigma unjustly associated with the condition.

According the Centers for Disease Control, epilepsy affects about 2 million people in the United States.  Epilepsy is characterized by recurrent, unprovoked seizures. Delayed recognition of these seizures and inadequate treatment increases the risk for additional seizures, disability, decreased health-related quality of life and, in rare instances, death.

For more information, please contact David Toenes at 341-0170.
Posted by Med School Watercooler at 10:32 AM No comments: 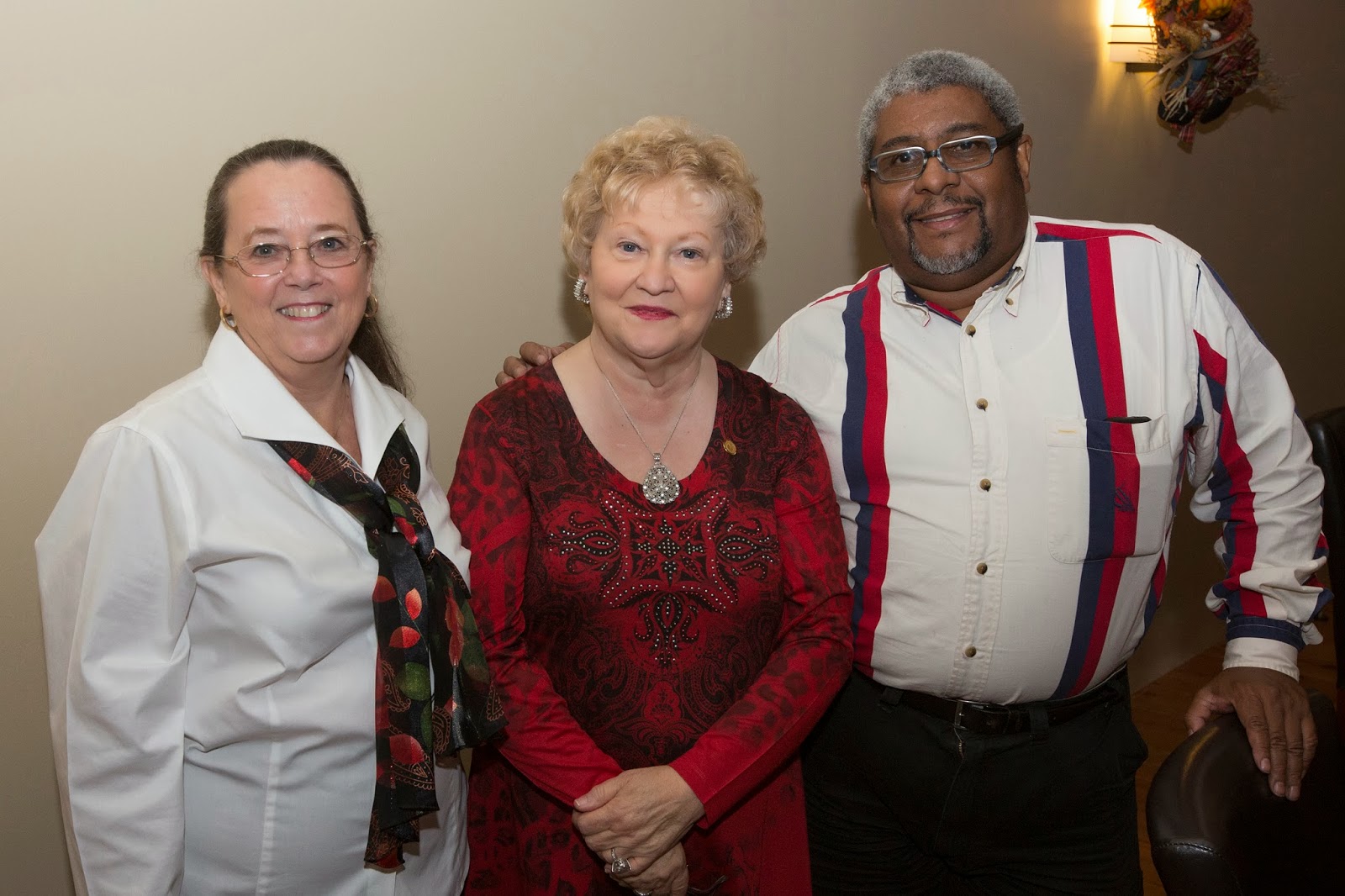 The University of South Alabama Biomedical Library hosted a retirement reception honoring Bonnie Seibert (center) on Nov. 1, 2013, at the USA Faculty Club. Seibert, secretary at the Biomedical Library, retired after 25 years of service to the university.
Posted by Med School Watercooler at 10:32 AM No comments: