As part of this year's Autism Grand Rounds, Dr. Heather Hall, professor and associate dean for academic affairs at the University of South Alabama College of Nursing, will present "Communication and Adaptation in Minority Families of Children with Autism."

The meeting is designed to provide a forum for discussion of research and service provision within the University community related to autism spectrum disorders and developmental disabilities. The event is open to faculty, staff, and students at USA.

Posted by Med School Watercooler at 9:48 AM No comments: 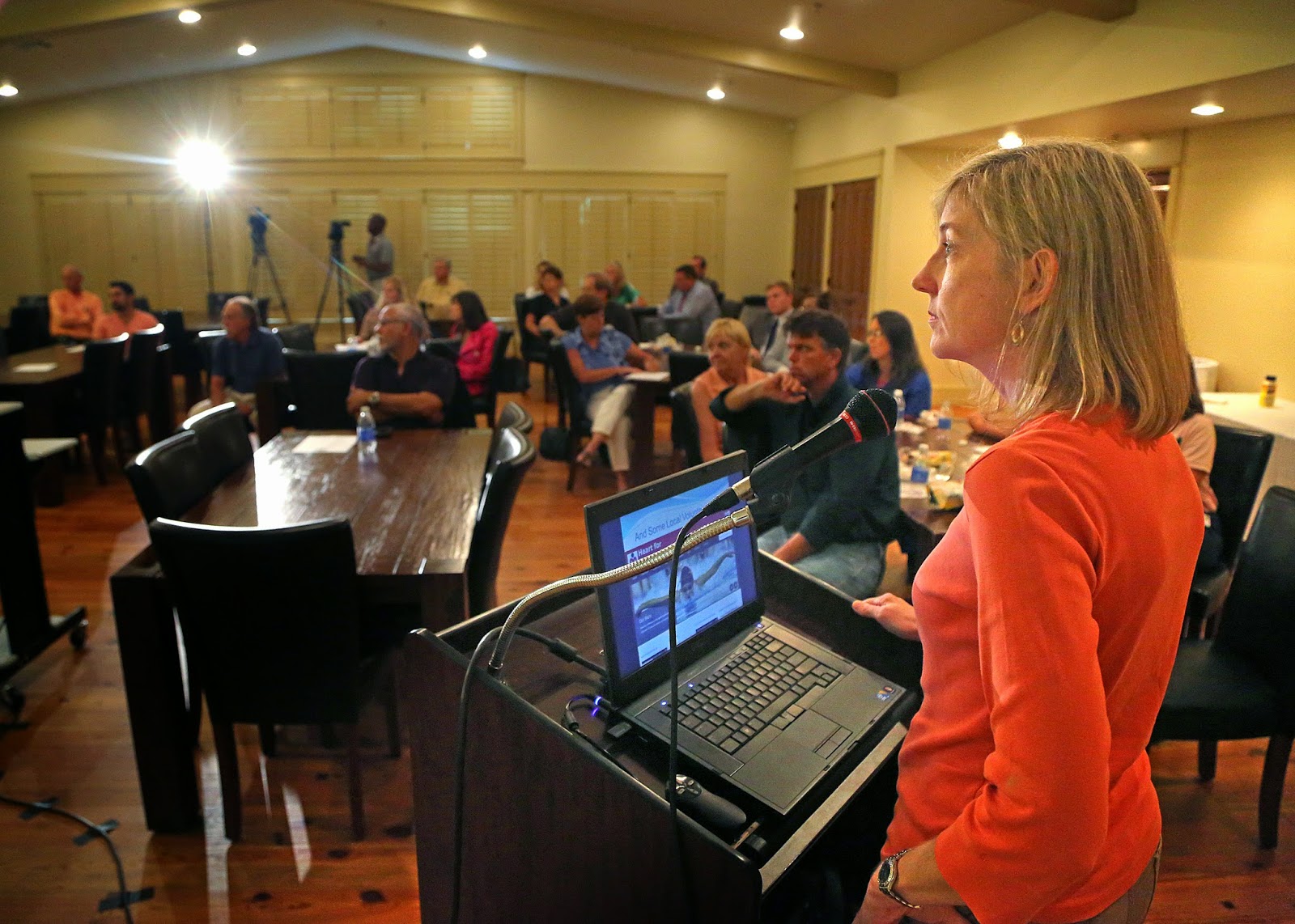 “Our goal is to seek out programming that educates our parents and students,” said David Akridge, executive manager of information technology for MCPSS. “Med School Café is a wonderful program that has a wealth of information and is useful for members of our community.”

“Educational opportunities such as Med School Café empower each of us to live healthier lives,” said Becky S. Tate, CEO with USA Physicians Group. “Our physicians are excited about this new relationship with our school system that enables us to share valuable information with a larger audience.”

Akridge said airing the Med School Café lectures on the MCPSS channel will also give students the opportunity to learn more about the medical profession. In addition, the lecture will provide parents with specific information on the latest health related issues.

The lectures currently air an episode Monday through Friday at 1 p.m. and 8 p.m., showing a new talk each week. The lectures can also be found online at the MCPSS website, www.mcpss.com, and on Comcast (channel 15), AT&T Uverse On-Demand (channel 99) and they will be showing on Mediacom in the next month. “We are excited about this partnership and hope to expand these opportunities in the future,” said Akridge.

Med School Café is a free community lecture series sponsored by the USA Physicians Group. Each month, faculty from the USA College of Medicine share their expertise on a specific medical condition, providing insight on the latest treatment available. The Med School Café lecture and lunch are provided free of charge, but reservations are required. For more information or to make reservations, call (251) 460-7770.
Posted by Med School Watercooler at 9:06 AM No comments: 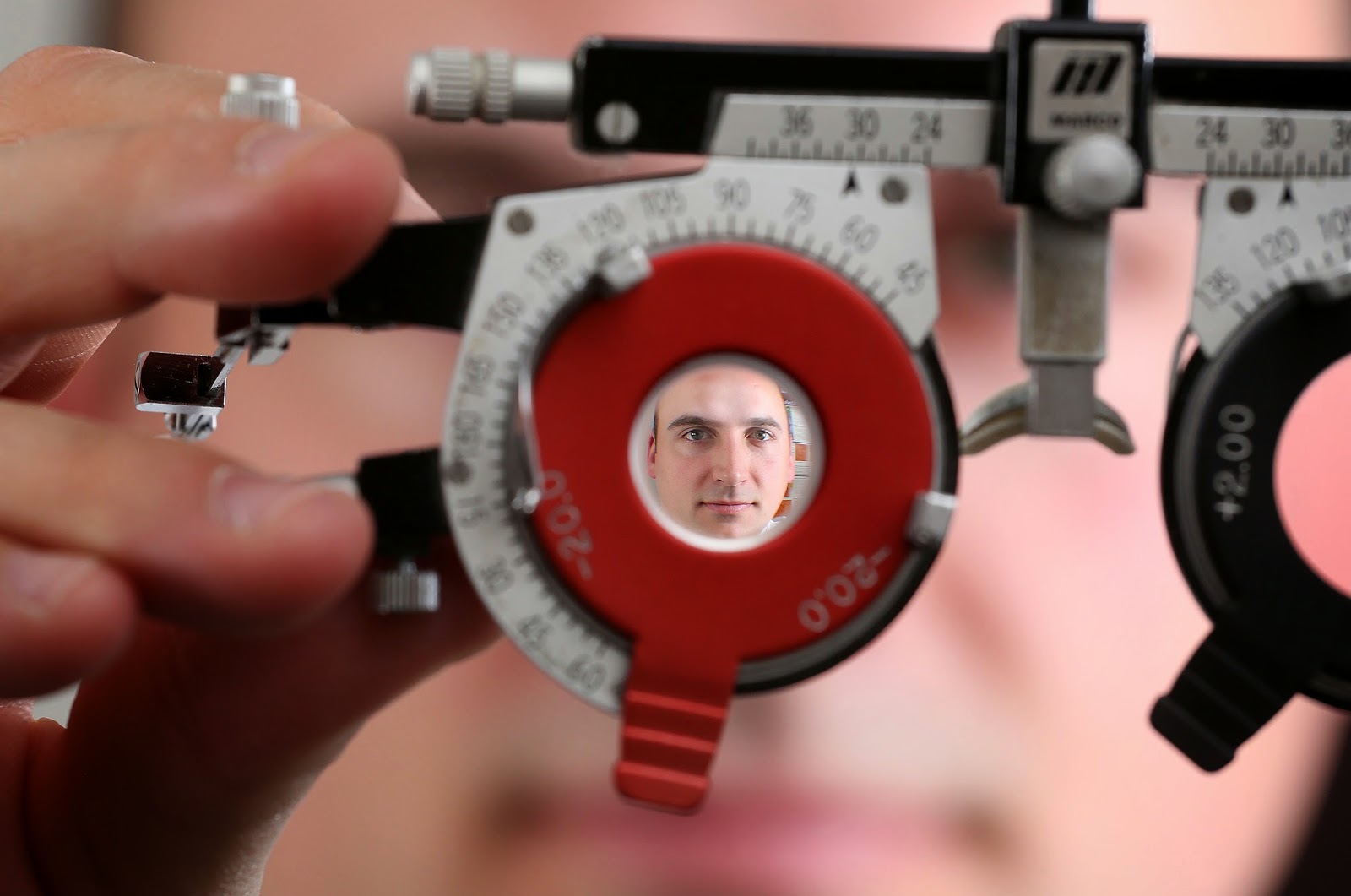 University of South Alabama fourth-year medical student Daniel Salisbury is continuing a family tradition. He recently found out he matched in an early match program in ophthalmology.

“I had a strong feeling that I would end up at Tulane,” he said. “I couldn't have been more excited.”

“Ophthalmology is a very competitive residency,” said Dr. Susan LeDoux, associate dean for medical education and student affairs and professor and vice chair of the department of cell biology and neuroscience at USA.

The majority of medical students go through the National Resident Matching Program (NRMP) to find out where they will be doing their residency training following graduation, but students who wish to match in ophthalmology participate in a specialty match program that takes place months before Match Day in late March.

Salisbury said he knew from a very young age that he wanted to be a doctor. “I first became interested in medicine when I was a child because I was quite injury prone and often had to make trips to the emergency room,” he said. “I would always watch the doctor stitch me up.”

Because of his family’s history, ophthalmology was always a consideration when Salisbury entered medical school. “I had a lot of experience from working in my father's office as a teenager, but I also realized that there was more to the field of medicine than just ophthalmology.”

He thought it only fair to have an unbiased opinion in making his decision prior to his application for residency. “I found that I enjoyed surgery, but I also really enjoyed talking to patients,” he said. “Ophthalmology provided a balance of clinic and surgery, but I found the microsurgery to be most intriguing.” He made his final decision – to pursue the ophthalmology career path – in March of his third year.

Salisbury will start his ophthalmology residency in July 2016 after completing a one-year internship. “I am looking forward to living in New Orleans with two of my older brothers,” he said, “and I'm also looking forward to going to Saints games.”

It is his medical education at USA that will help guide Salisbury through his residency. “USA was everything that I could have asked for in a medical school,” he said. “It allowed enough autonomy and responsibility to students to promote self-learning and confidence.”

Salisbury said he is fortunate to have matched early in one of the few specialties that participates in the early match, but he is eagerly waiting for Match Day when he can celebrate with the rest of his classmates. “I believe that will be the time when my matching will really take the full effect,” he said.

The remainder of the USA College of Medicine Class of 2015 will find out where they matched on Match Day, March 20, 2015. The event will take place at the Mobile Convention Center in downtown Mobile.
Posted by Med School Watercooler at 2:57 PM No comments: 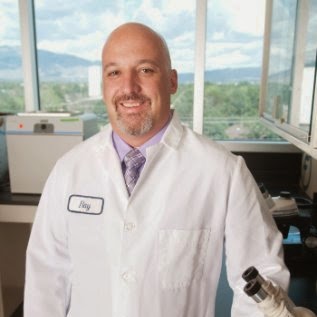 This week's Distinguished Scientist Seminar at the University of South Alabama College of Medicine will feature Dr. Raymond J. Langley, an associate research scientist in the LRRI Respiratory Immunology and Asthma Program at Lovelace Respiratory Research Institute in Albuquerque, NM.

The lecture, titled Integrative Omics Analysis of Sepsis: Biomarkers for Improved Patient Management,” will take place Jan. 22, 2015, at 4 p.m. in the first floor auditorium of the Medical Sciences Building on USA’s main campus.

Dr. Langley earned his undergraduate degree from the University of New Mexico (UNM) in journalism in 1996. In 1999, after attending a seminar by Dr. Francis Collins on the Human Genome Project, Dr. Langley decided to return to UNM to finish his biology degree and switch his career to science.

Dr. Langley originally joined LRRI as a research technician. Two years later, he moved to the UNM biomedical sciences graduate program where he earned his Ph.D. in 2007. After graduation, he went to the National Center for Genome Resources as a post-doctoral fellow.

The Lovelace Respiratory Research Institute (LRRI) is a private, biomedical research organization dedicated to improving public health through research on the prevention, treatment and cure of respiratory disease. Click here to learn more.

The lecture series is comprised of distinguished scientists from other academic institutions who are invited by the USA College of Medicine basic science departments to present a seminar showcasing their latest research findings. Faculty, staff and students are strongly encouraged to attend.
Posted by Med School Watercooler at 11:09 AM No comments: