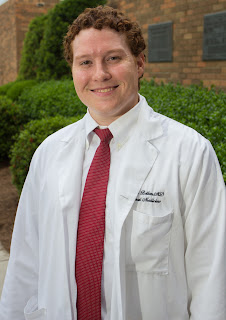 Dr. Wilburn Bolton was recently appointed assistant professor of internal medicine at the University of South Alabama College of Medicine.

Dr. Bolton earned his medical degree from the University of Alabama at Birmingham in 2009. He completed both his internship and residency training in internal medicine at the USA Medical Center.

Dr. Errol Crook, professor and Abraham Mitchell Chair of internal medicine at the University of South Alabama College of Medicine, was recently interviewed by FOX10 about health disparities in the community.

Dr. Crook serves as director for the USA Center for Healthy Communities, the lead entity within USA for coordinating community education, research, public service and health activities to help eliminate health disparities, foster access to health care for underserved populations and enhance the capacity of individuals to better participate in decision making about their health.

Posted by Med School Watercooler at 1:40 PM No comments:

University of South Alabama College of Medicine alum Dr. Steven P. Furr was recently inducted into the Alabama Healthcare Hall of Fame. The induction ceremony and luncheon was held at the Alabama Activities Center in Montgomery, Ala.

Dr. Steven Furr completed his undergraduate and medical degrees at the University of South Alabama. He currently serves as vice chair of the USA Board of Trustees. Dr. Furr has served on numerous hospital committees and as president of Clarke County Medical Society.

The Alabama Healthcare Hall of Fame was founded in 1997 with the purpose to recognize those persons, living or deceased, who have made outstanding contributions to, or rendered exemplary service for healthcare in Alabama.

Considerations before being inducted to this hall of fame include length of time in the field and ability to distinguish themselves from others in the areas of caring, scholarship and dedication to practice. The applicants are chosen by a special committee of representatives from the medical, dental, nursing, healthcare administration, pharmaceutical, public health and academic communities.

One of Dr. Furr's former professors in the USA College of Medicine, the late Dr. Samuel Eichold, was also inducted into the Alabama Healthcare Hall of Fame on Saturday. To read the full story published in the Press-Register, click here.
Posted by Med School Watercooler at 1:40 PM No comments: 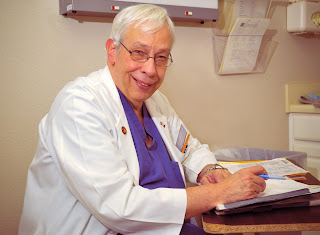 Dr. Frederick Meyer, professor and chair of orthopaedics at the University of South Alabama College of Medicine, was recently installed as president of Alabama Orthopaedic Society (AOS), a medical education association comprised of orthopaedic surgeons who are licensed to practice medicine throughout Alabama and the United States.

Dr. Meyer is also chair of the Council of Orthopaedic Residency Directors Education Committee.  He has received numerous awards for Outstanding Teacher and Educator at each of the institutions where he has served.

Dr. Meyer served as a USA faculty member from 1982 until he was activated for military service during Operation Desert Storm in 1991. In 2001, he returned to USA as professor and chairman of the Department of Orthopaedic Surgery. In 2004 he was appointed associate dean for the faculty practice at the USA College of Medicine and was later named director of compliance for the USA Health Services Foundation.

AOS is an advocate for all orthopaedists at the state and federal level and its purpose is the advancement of orthopaedic surgery in all its phases.  AOS is represented at the national level by the American Academy of Orthopaedic Surgeons (AAOS).
Posted by Med School Watercooler at 1:40 PM No comments: 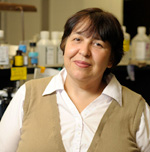 Dr. Grishko served at the University for 18 years.

Donations may be made in honor of Dr. Grishko to her minor children's education fund. An account has been established with Regions Bank -- account number 0173649457.
Posted by Med School Watercooler at 1:40 PM No comments: