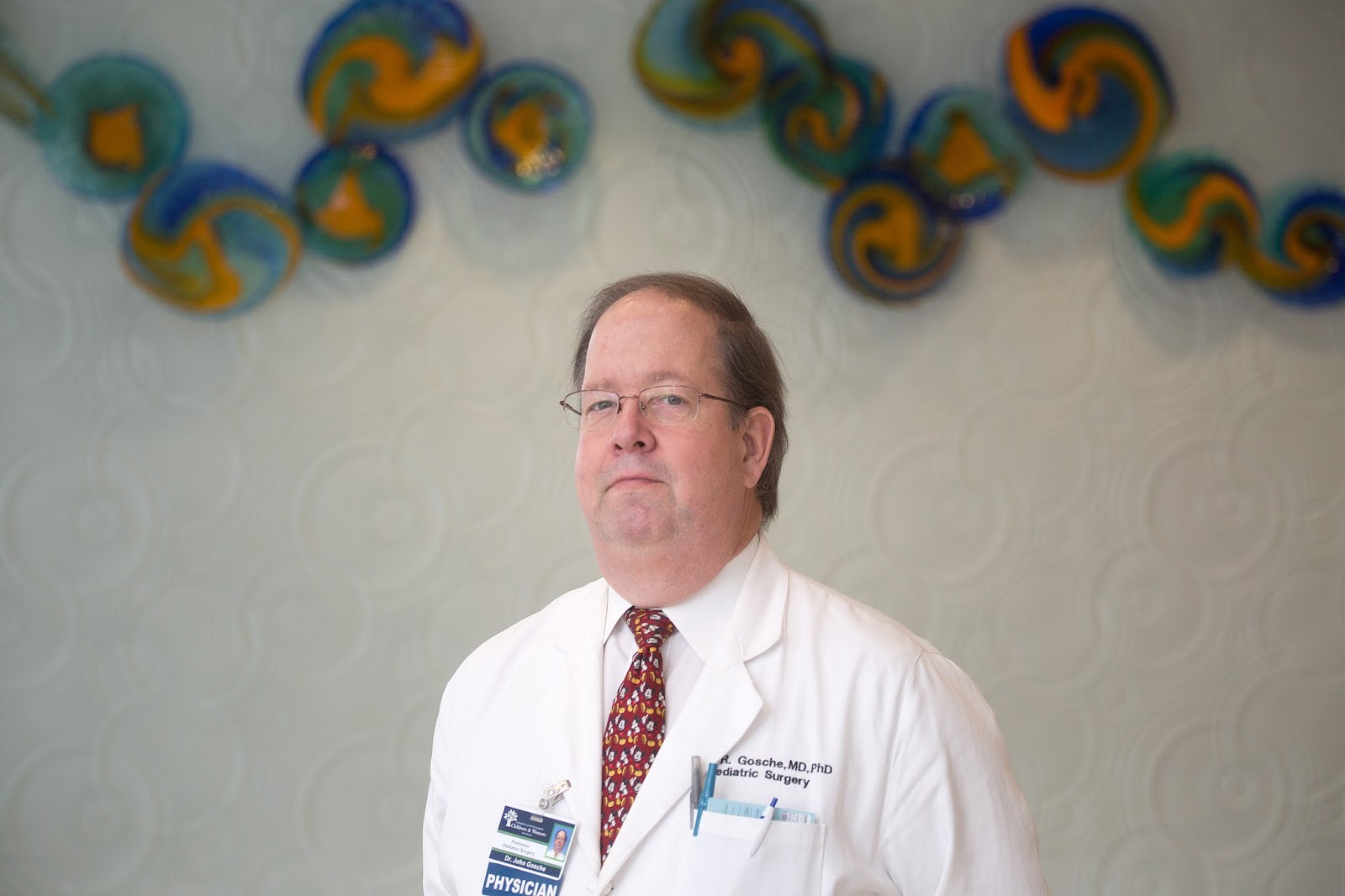 Dr. John Gosche recently rejoined the University of South Alabama College of Medicine as an adjunct professor of surgery and will serve as a pediatric surgeon with USA Physicians Group.

Dr. Gosche is board certified in general and pediatric surgery by the American Board of Surgery.
To make an appointment with Dr. Goshe, call (251) 415-1475.
Posted by Med School Watercooler at 10:58 AM