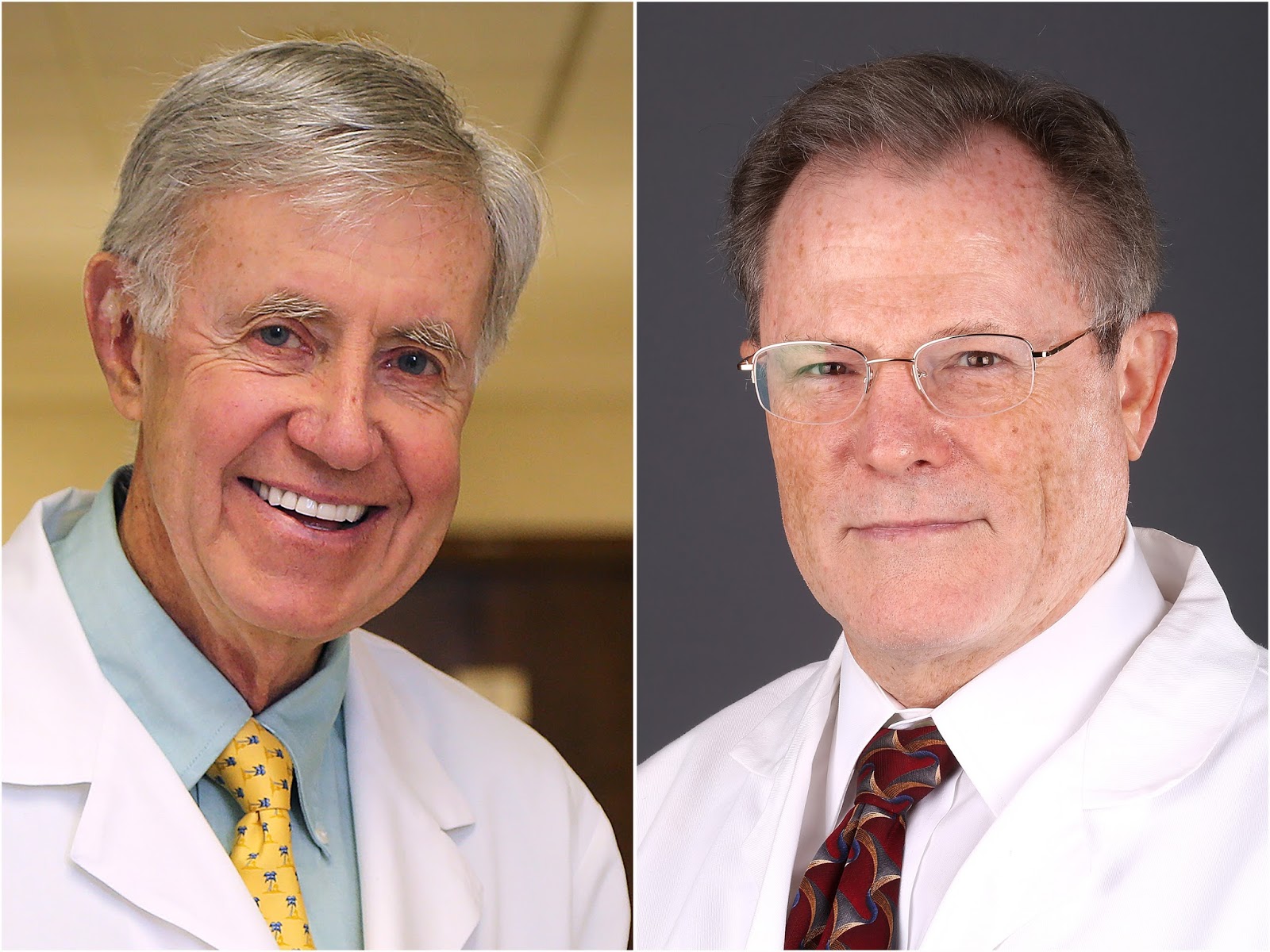 The University of South Alabama College of Medicine will host a reception welcoming Dr. Angus McBryde Jr., professor and interim chair of orthopaedic surgery, and Dr. Edward Panacek, professor and chair of emergency medicine, on July 16, 2015. The event will be held from 3-5 p.m. in the second floor cafeteria conference room at USA Medical Center.

This is Dr. McBryde’s second appointment at USA. He served as professor and chair of orthopaedic surgery from 1991-1996. Dr. McBryde received his undergraduate degree at Davidson College and earned his medical degree from Duke Medical School. From there he completed a general surgery internship and junior residency at the Hospital of the University of Pennsylvania. Dr. McBryde then served two years in the U.S. Navy, including a year in Vietnam as well as a year at the Balboa Naval Hospital in San Diego. He completed his orthopaedic residency at Duke Medical Center in 1971. Prior to returning to USA from the University of South Carolina (USC) where he was professor from 2011-2014, Dr. McBryde served as director of the American Sports Medicine Institute Ankle and Foot Fellowship at St. Vincent’s Medical Center in Birmingham, Ala. He practiced at the Andrews Sports Medicine and Orthopaedic Center with subspecialty care delivered to competitive athletes. In addition, Dr. McBryde served as team physician at the National Sports Festival in Baton Rouge, La., in 1983; the World Games in Yugoslavia in 1987; the Summer Olympic Games in Korea in 1988; and the 1996 Olympic Games in Atlanta.