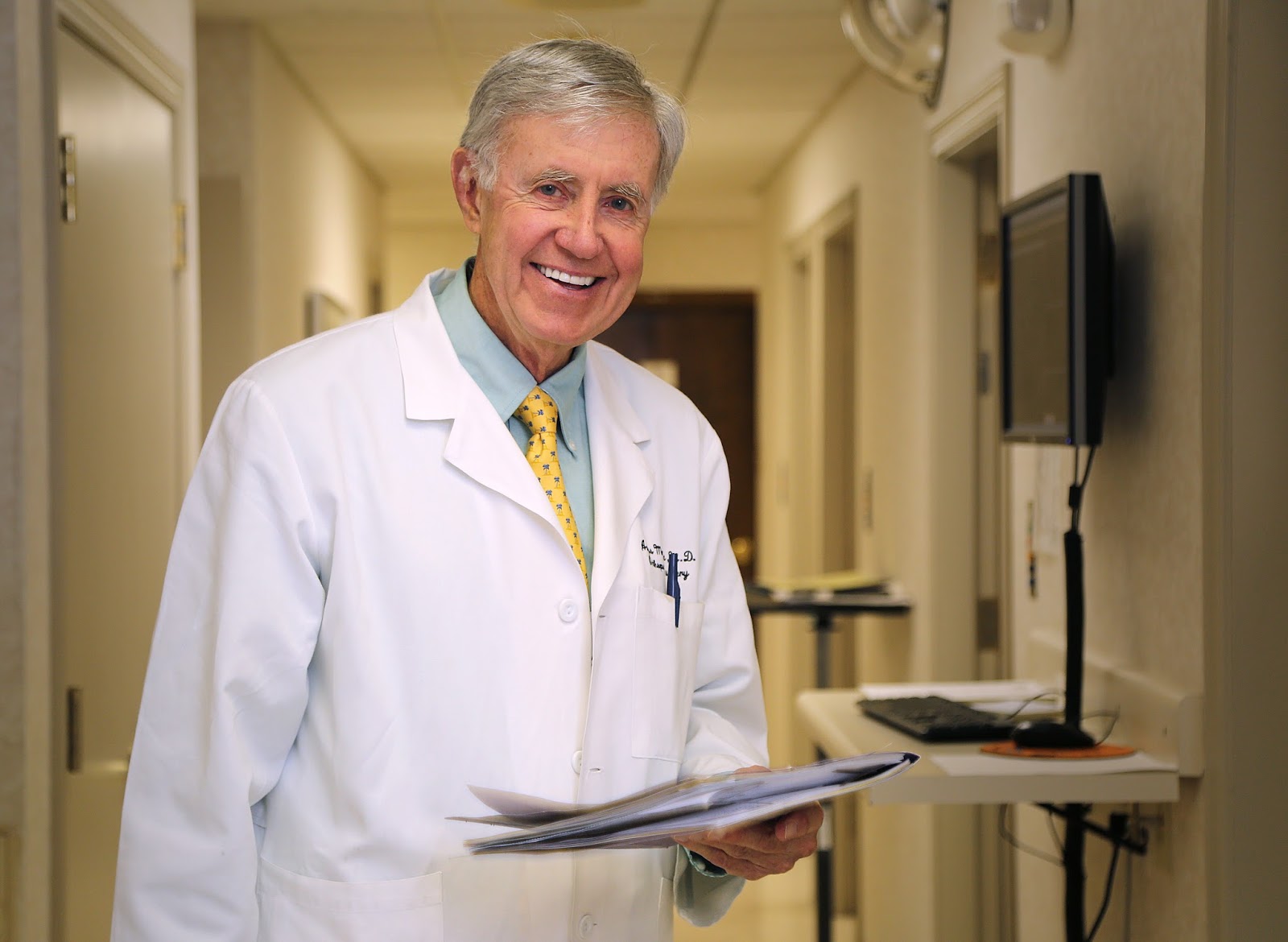 Dr. Angus McBryde has been named professor and interim chair of the department of orthopaedic surgery at the University of South Alabama College of Medicine.

This appointment marks the second time Dr. McBryde has led the USA Department of Orthopaedic Surgery. He served as professor and chair at USA from 1991-1996.

“We are very pleased to have Dr. McBryde return to the USA College of Medicine. Dr. McBryde will help stabilize the department following the untimely, unexpected death of Dr. Fred Meyer late last year,” said Dr. Samuel Strada, dean of the USA College of Medicine. “Dr. McBryde’s extensive career in orthopaedics, involvement in residency training, and knowledge of orthopaedic specialty physicians both locally and nationally will be of immense help to the administration as we begin the search for a permanent chair to lead the department over the next several years."

Prior to returning to USA from the University of South Carolina (USC) where he was professor from 2011-2014, Dr. McBryde served as director of the American Sports Medicine Institute Ankle and Foot Fellowship at St. Vincent’s Medical Center in Birmingham, Ala. He practiced at the Andrews Sports Medicine and Orthopaedic Center with subspecialty care delivered to competitive athletes.

Dr. McBryde received his undergraduate degree at Davidson College and earned his medical degree from Duke Medical School. From there he had a general surgery internship and junior residency at the Hospital of the University of Pennsylvania. Dr. McBryde then served two years in the U.S. Navy, including a year in Vietnam as well as a year at the Balboa Naval Hospital in San Diego. He completed his orthopaedic residency at Duke Medical Center in 1971.

Dr. McBryde served as team physician at the National Sports Festival in Baton Rouge, La., in 1983; the World Games in Yugoslavia in 1987; the Summer Olympic Games in Korea in 1988; and the 1996 Olympic Games in Atlanta.

From 1996 to 2000, Dr. McBryde served as professor and chair of the department of orthopaedic surgery at the Medical University of South Carolina in Charleston, S.C. He then moved to the USC School of Medicine in Columbia S.C. to join the faculty as professor in the department of orthopaedic surgery and director of USC Sports Medicine from 2000 to 2005.

Dr. McBryde is a member of several medical and orthopaedic organizations including the American Academy of Orthopaedic Surgeons (AAOS); the Governing Council of the Senior Physicians Section of the American Medical Association and liaison to AAOS since 2014; and the American Orthopaedic Foot and Ankle Society. He is past president of the Southern Medical Association; past chairman of the North Carolina Governor’s Council on Physical Fitness and Health; past president of the Southern Orthopaedic Association; and on the board of directors for the American Sports Medicine Institute from 2005-2016. He was Alabama Sports Person of the Year in 2010, Distinguished Southern Orthopaedist in 2013 and received the Duke Medical School Distinguished Alumnus Award in 2014.
Posted by Med School Watercooler at 8:26 AM