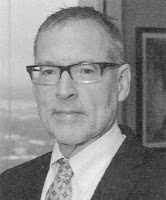 University of South Alabama College of Medicine alumnus Dr. Thomas M. Miller is the 2015 recipient of the William Henry Sanders Award, awarded by the Medical Association of the State of Alabama.

Created in 1966 in honor of William Henry Sanders, M.D., the award is presented to an outstanding individual who participates in full-time public health work and has served above and beyond their role.

Dr. Miller earned his medical degree from USA where he also completed his residency in obstetrics and gynecology. Several years later, Dr. Miller returned to school to receive his master’s degree in public health from the University of Alabama at Birmingham.