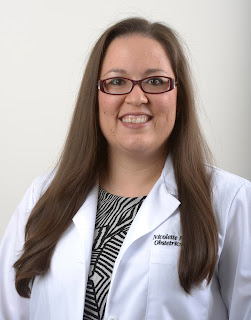 Dr. Nicolette P. Holliday was recently appointed assistant professor of obstetrics and gynecology at the University of South Alabama College of Medicine.

Dr. Holliday graduated with two bachelor’s degrees in biology and psychology from Case Western Reserve University in Cleveland, Ohio, in 2005. She earned her medical degree from USA in 2009.