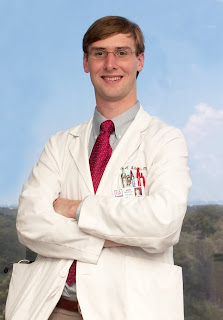 The Doris Duke Clinical Research Fellowship (CRF) provides support for one year of full-time clinical research training. The main goal of the program is to encourage medical students to pursue careers in clinical research. Interested medical students must be willing to take a year out from school and conduct fellowship research and training at one of 12 hosting medical schools.

“I was extremely excited to have the opportunity to go to an institution and be immersed in the clinician-scientist culture,” Nelson said. “I learned about the life and work of a clinician-scientist, and the best way to gain this knowledge is through mentorship.”

Each fellowship consists of a structured clinical research experience and coursework. During the program, Nelson’s research focused on cystic fibrosis and gene therapy, specifically the interactions of bacteria and viruses in the lung.

To date, the CRF program has supported a total of 733 fellows, with 108 fellows in the 2009-2010 class. The Doris Duke Fellowship will also fund research-related conferences in the subsequent year. Nelson will be attending a cystic fibrosis conference in October.

Now, Nelson is back at USA, beginning his fourth year in medical school and continuing his clinical training.

Nelson said he is interested in becoming a physician scientist largely because of the important role they play. “Each physician scientist should develop his or her career to include a mix of both clinical and investigational medicine,” he said. “Their role is not only to energize continued medical discoveries, but also to act as liaisons between pure researchers and pure clinicians in implementing new treatments.”

Nelson, originally from Birmingham, Ala., received his undergraduate degree in biological chemistry from Birmingham-Southern College. He plans on studying internal medicine.

Nelson said visiting Iowa was somewhat of a culture shock. “I cross-country skied to work,” he said. “And it was the first time I’ve ever shoveled a driveway. It was little things like that that made it an interesting experience.”

While in Iowa, he also participated in RAGBRAI, The Register’s Annual Great Bicycle Ride Across Iowa. RAGBRAI, the oldest, largest and longest bicycle touring event in the world, is an annual seven-day bicycle ride across the state. Nelson biked one of the seven days, along with fellow researchers and Dr. Joseph Zabner, his mentor.

Nelson said he is looking forward to his fourth year in medical school at USA. “It’s all about becoming a better clinician and finding in what I want to sub-specialize,” he said. “While in Iowa, I had really been immersed in basic bench and translational research. Now I’m going back to true bedside medicine to further my clinical training.”

As a physician-scientist, Nelson said he will have the rewarding opportunity to make clinical observations at the patient's bedside, bring those observations back to the lab to find the cause, and translate those findings into treatments. “The privilege to advance medical care for patients, including those who aren't under my direct care, will make coming to work everyday novel and exciting.”
Posted by Med School Watercooler at 3:37 PM