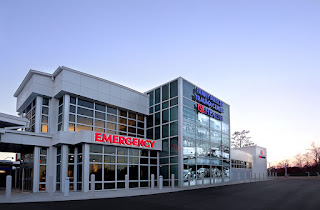 The management of toxic stress and PTSD for patients and healthcare providers will be the focus of the 11th Annual Gulf Coast Trauma Symposium, set for Thursday and Friday, March 24-25, at the Battle House Renaissance Hotel & Spa in downtown Mobile.

It is presented by USA Health’s Division of Trauma, Acute Care Surgery and Burns in conjunction with Alabama Gulf EMS System.

The conference will be headlined by Eileen Bulger, M.D., as the 13th William A. L. Mitchell Lectureship speaker. Bulger is chair of the American College of Surgeons Committee on Trauma and the trauma medical director at Harborview Medical Center in Seattle. She is a national leader on violence prevention and pre-hospital care for injured patients.

“We believe one of the biggest gaps of knowledge/treatment from trauma centers across America is the lack of awareness of the prevalence of PTSD in our patients,” said Jon Simmons, M.D., chief of trauma and acute care surgery at USA Health. “We are very good at repairing organs and broken bones, but do not consider the emotional toll that is experienced over the remaining lifetime by the patient and caregiver.”

Over the past several years, USA Health’s trauma division has developed a pathway for the recognition and subsequent treatment of PTSD after severe injury. “One of the biggest goals for this conference is highlighting the importance of PTSD to the providers in our region,” Simmons said.

The second John Campbell Tribute lecture will be presented by Jeff Kerby, M.D., Ph.D., chief of acute care surgery and trauma medical director at the University of Alabama at Birmingham.

In addition, Heather Martin will join the symposium as a featured speaker about “Surviving Columbine: Lessons Learned in Survivor Care and Recovery.” Martin was two days away from her 18th birthday when the shooting occurred during her senior year at Columbine High School on April 20, 1999. After barricading in a small office for three hours, she returned home physically uninjured, but the effects of the trauma continued to impact her as she went off to college. Although the trauma caused her to drop out initially, she re-enrolled 10 years later and obtained a bachelor’s degree in English and a teaching license.

Martin co-founded The Rebels Project with fellow Columbine alumni after the shooting at the Aurora, Colorado, movie theater. Now an English teacher in Aurora, she is a national speaker advocating for informed responses to traumatic events from the perspective of a survivor.

Register here for the symposium.

In addition, there will be an Advanced Burn Life Support (ABLS) course will be held March 23, with a limited class size and separate registration. Sign up for the ABLS course here.

For more information, contact Rebecca Scarbrough at rscarbrough@health.southalabama.edu or 251-471-7971.

Posted by Med School Watercooler at 11:33 AM