The University of South Alabama Division of Pulmonary Medicine, along with the USA Division of Rheumatology, recently relocated its clinical care offices to the Mastin Professional Building at 2451 Fillingim Street in Mobile. 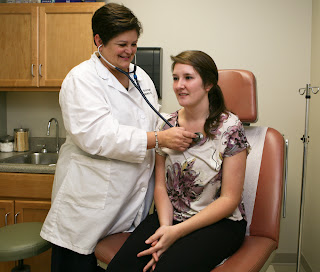 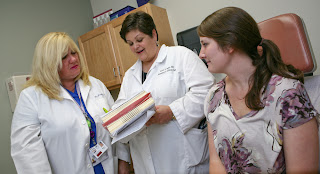 Posted by Med School Watercooler at 3:29 PM No comments:

How To Avoid "Holiday Heartburn" 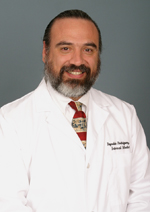 With the holiday season just around the corner, USA gastroenterologist Dr. Reynaldo Rodriguez said there are several things you can do to have a heartburn-free holiday.

Dr. Rodriguez, who serves as assistant professor of internal medicine at the University of South Alabama College of Medicine, said heartburn and acid reflux are common during the holiday season, but there are steps you can take to lessen the symptoms.

“Heartburn is a burning sensation in the chest, felt just behind the breast bone or in the pit of the stomach,” he said. “The pain of heartburn often radiates from the chest to the neck, throat or jaw and is sometimes confused with a heart attack.”

According to Dr. Rodriguez, it is estimated that 40-45 percent of the United States population has an episode of heartburn at some point.

Some of the most common foods and drinks that cause heartburn are chocolate, fried and fatty foods, tomatoes, citrus fruits and juices, caffeinated beverages, and alcohol. “Chocolate, caffeine, tomatoes, citrus, and alcohol all relax the lower esophageal sphincter (LES), allowing stomach contents to reflux in the esophagus,” Dr. Rodriguez said.

He added that fried and fatty foods slow the digestion process, allowing food to remain in the stomach longer. This causes an increase in stomach pressure, which in turn places pressure on the LES, allowing reflux of stomach contents.

Dr. Rodriguez suggests waiting two hours for your food to digest before lying down. “Lying down with a full stomach right after dinner can cause stomach contents to press harder against the LES, increasing the chances of refluxed food into the esophagus.”

To avoid heartburn during the holidays, Dr. Rodriguez said you should keep portion size in mind, particularly with foods that are high in fat and that decrease digestion, such as the skin of the turkey.

Most importantly, you should avoid overeating. “The holidays are known to lead to overeating due to our happy state of mind and the abundance of food,” he said. “It is always best to eat smaller, more frequent meals rather than one large meal.”

To make an appointment with Dr. Rodriguez or any USA gastroenterologist, call (251) 660-5555.
Posted by Med School Watercooler at 3:29 PM No comments:

The fifth annual University of South Alabama College of Medicine Research Forum will be held Dec. 9, 2011, from 9 a.m. until 3 p.m. at USA's Main Library. The deadline for abstract submission has been extended to Nov. 29, 2011.

Click here for detailed instructions regarding preparation and submission of abstracts. For more information, contact Dr. Jody Brewer at jbrewer@jaguar1.usouthal.edu or Dr. Donna Cioffi at dlcioffi@usouthal.edu.
Posted by Med School Watercooler at 3:29 PM No comments:

The Dumas Wesley Community Center is sponsoring their annual Christmas Toy Store, and the University of South Alabama Medical Center is assisting them again this year with donations.

Toys will be collected in each department at the USA Medical Center for transport to the Dumas Wesley Community Center on Dec. 7, 2011.

Donated toys are sold to pre-qualified Crichton residents at greatly reduced prices. The money generated from the toy sales goes to help other distressed community members with emergency needs.

Last year, donations from USA enabled the center to assist over 100 families. 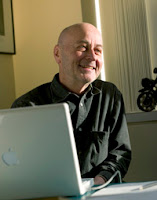 The next Distinguished Scientist Seminar at the University of South Alabama College of Medicine will be presented by Dr. Bart Barlogie, professor in the departments of medicine and pathology and director of the Myeloma Institute for Research and Therapy at the University of Arkansas for Medical Sciences in Little Rock, Ark.

The lecture will take place Dec. 1, 2011, at 4 p.m. in the Medical Sciences Building auditorium.