Our Story Told in 'First Person'

This is the second installment of an ongoing series of vignettes, titled "First Person," that will provide an inside look into the lives of our patients, students, faculty and staff at the University of South Alabama Health System. Each narrative will be shared in their own words.

Click here or watch the video below to learn about Dianna Thomas, a medical student at the USA College of Medicine that coaches the Westside Challenger League, a baseball league for special needs children in Mobile.

Posted by Med School Watercooler at 3:10 PM No comments: 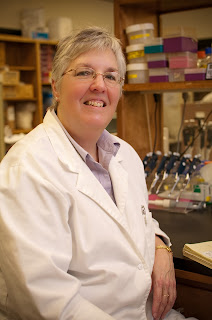 Dr. Mary Townsley, professor of physiology and internal medicine at the University of South Alabama College of Medicine, was honored by the American Heart Association (AHA) with the 2011 Council on Cardiopulmonary, Critical Care, Perioperative and Resuscitation (3CPR) Distinguished Achievement Award on Nov. 15, 2011, in Orlando, Fla.

Dr. Townsley has been part of the University of South Alabama College of Medicine faculty since 1988 and serves as associate dean of faculty affairs and director of training programs for the USA Center for Lung Biology. The 3CPR award is given annually by AHA to an individual who has “contributed substantially to the AHA Scientific Council.”

“I feel honored,” Dr. Townsley said of receiving the award. She credits her mentor, USA emeritus professor of physiology Dr. Aubrey Taylor, who also was a recipient of the award in 1996. Dr. Townsley explained that as her mentor, Dr. Taylor’s “theoretical approach” to science and his involvement helped inspire her to “get involved in the broader network of leadership organizations and professional societies.”

Serving as council chair for 3CPR from 2005-2007, Dr. Townsley says her philosophy on leadership is simple. “Leave the place better than when you found it.”

Dr. Townsley serves on several editorial boards including Pulmonary Circulation and Microvascular Research and peer review groups. In addition, she has served as the inaugural chair of the AHA united peer review steering committee.

Dr. Townsley’s research laboratory focuses on structural and functional adaptations in lung and heart failure. Dr. Townsley says that being from a smaller medical school doesn’t limit your opportunities in large professional organizations. “It’s not about where you’re from; it’s about what you bring to the table.”

With mentorship being crucial to her success, Dr. Townsley believes encouragement and strong leadership is “absolutely vital.” A testament to her motto, Dr. Townsley established the USA Women in Science group, which organized the Girls Exploring Math and Science (GEMS) program. Dr. Townsley says GEMS has grown exponentially in the past few years, beginning with 40 girls and rising to 400 last year.

Andrew Manley, a fourth-year medical student at the University of South Alabama College of Medicine, was recently awarded the Eran and N.Q. Adams Endowed Scholarship in Neurology at the department’s third annual Eran and N.Q. Adams Endowed Lecture and Visiting Professorship in Neurology.
This year’s lecture, titled “Disorders of Orthostatic Intolerance-Syncope, Orthostatic Hypotension and Postural Tachycardia Syndrome,” featured Dr. Roy L. Freeman of Harvard University, professor of neurology at Harvard Medical School and director of the Center for Autonomic and Peripheral Nerve Disorders in the department of neurology at Beth Israel Deaconess Medical Center in Boston, Mass.

The Eran and N.Q. Adams Endowed Scholarship was established to support, in the early stages of their careers, young physicians engaged in neurology who wish to gain a better understanding of dysautonomia. Third and fourth year medical students at USA were invited to submit applications for the scholarship that included a unique research or learning opportunity.

For more information on the lecture and the scholarship, contact Nicole Sheehan at (251) 445-8262.
Posted by Med School Watercooler at 3:10 PM No comments:

The University of South Alabama College of Medicine held its Charlie Baugh Dog Day on Nov. 11, 2011. Students and faculty gathered for the annual celebration, which is held in memory of Dr. Charles M. Baugh, who served as dean at the USA College of Medicine on two separate occassions. 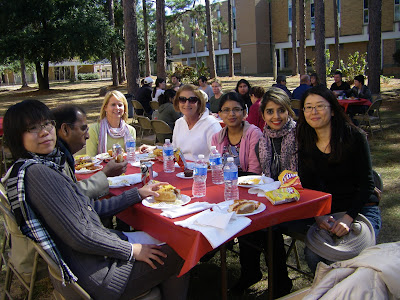 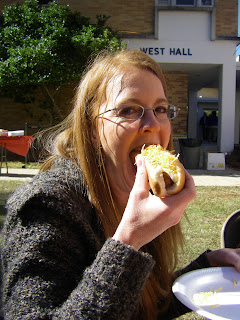 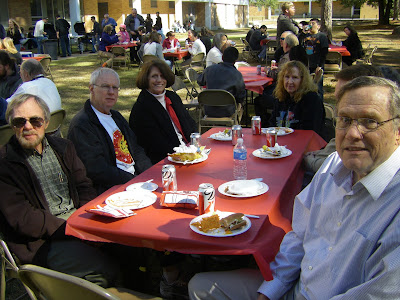 Posted by Med School Watercooler at 2:59 PM No comments: